“I played loads of Quidditch. In my first year at university, I picked up quite a bad injury from playing Quidditch, and I didn’t know how to explain it to Cobby [Loughborough MCCU head coach Russell Cobb] so I just said that I got tackled playing football which is more understandable.”

Leicesteshire’s 25-year-old opening batsman Hassan Azad had a quite sensational year in county cricket. Before this summer, he had never played a County Championship match. He ended it as Division Two’s leading run-scorer having faced 654 more deliveries than anyone else in the league. Azad averages 50.27 from 24 first-class games and strikes at 41.32. There aren’t many openers in English cricket with records quite like that. It begs the question, where was he before 2019?

Azad’s route to becoming a County Championship professional was a long and an unusual one, from Karachi to Leicester via Mansfield. Born in Pakistan, he was already formidable player at youth level, representing a Pakistan Under 15s side captained by a certain Babar Azam before he made the move to the Midlands in 2009.

While his former skipper was always destined for great things – Azad vividly remembers a 13-year-old Babar launching a ball into the second tier of the National Stadium in Karachi – it was never a given that Azad would forge a professional career, let alone challenge for international honours. 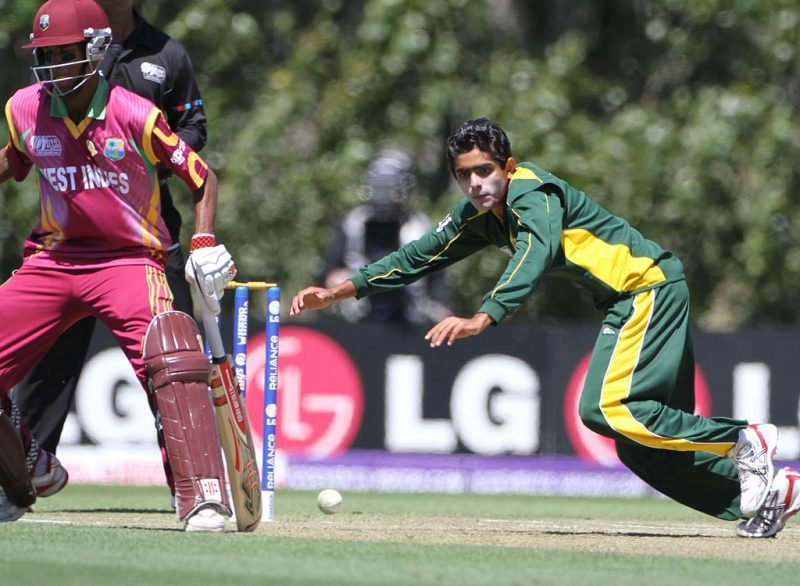 Moving countries and acclimatising to a markedly different setting is a hard enough challenge for a 15-year-old boy to cope with. Adapting to foreign playing conditions as a young opening batsman only adds to the task.

“Obviously it was very different in terms of the culture, adjusting to the weather, adjusting, especially in terms of cricket, to the playing style and the conditions,” Hassan Azad tells wisden.com. “That took a lot of getting used to.

“It took the best part of two years to figure out what my role was. In Karachi where I grew up, it’s absolutely flat and I played mostly T20 cricket and 40-over cricket and the role of an opener over there is to go out and take advantage of the Powerplay.”

Azad wanted his move to England to affect his cricketing aspirations as minimally as possible; before he arrived, he had emailed ahead to Nottinghamshire’s academy notifying them of his impending arrival. While he impressed over the course of the next five years – Azad owes his smooth transition to the English game to the coaching staff at Notts – he was eventually let go from the county at the age of 20. With the likes of James Taylor, Michael Lumb, Alex Hales, Phil Jaques, Riki Wessels, Samit Patel and Steven Mullaney all first-team regulars, opportunities to impress were hard to come by. As luck would have it, Azad was already enrolled to start a degree in chemical engineering at Loughborough University – arguably the educational institution with the best cricket facilities in the country.

Not many players bounce back from being released at 20. Did he still see himself as a future county cricketer?

“I was hopeful, but the expectation wasn’t there. I didn’t expect it, but I hoped for it.”

It may not have been the route he initially intended to take, but in reflection, his time at Loughborough was perfect for his cricket. “Russell Cobb made me feel welcome straight away. It was incredible for me.

“Everyone was in the same boat, we were all students but also trying to make it as cricketers. It was tough balancing academic commitments with a very strenuous winter programme as well. That sort of hardship brought everyone together in a way that’s not quite the same as in a county set-up. For us, cricket wasn’t everything but we all loved it. There was a camaraderie there.” 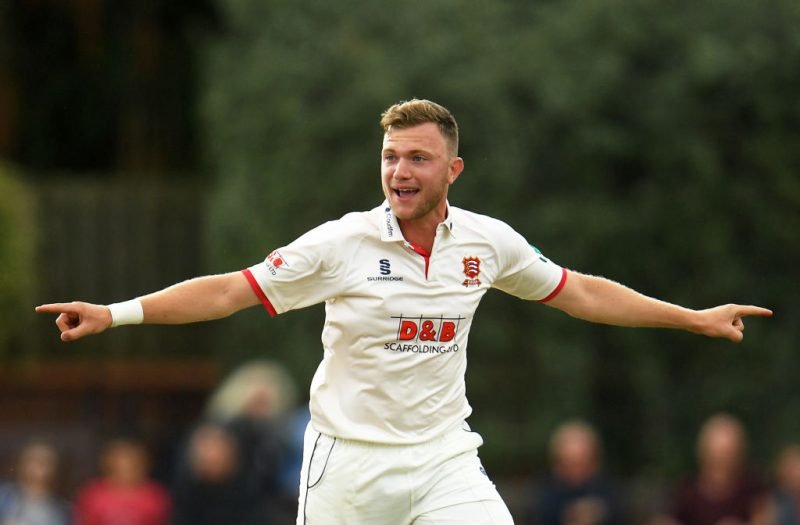 Loughborough’s MCCU programme has quietly produced a group of excellent young county cricketers; Azad’s contemporaries at Loughborough include two-time County Championship winner Sam Cook and England Lions’ James Bracey. Azad thinks that a contributing factor to the programme’s success is not only the facilities and coaching on offer, but also the opportunity for the young men to focus on other commitments and get away from the cricketing bubble.

As well as cricket and his challenging chemical engineering degree, Azad was keen member of the university’s salsa society, Harry Potter society and Quidditch team – the Loughborough Longshots. “Cricket was a huge part of my life and I cared a lot about it but when I had a bad day on the pitch, I had something else to focus on. I cared about my education, I cared about doing well in my degree and apart from that, I had friends from different walks of life. I had people who cared about different stuff and it does give you a different perspective. It allowed me to meet lots of people I otherwise wouldn’t have met. It helped me gain experience of how other people lived their lives.”

While Quidditch might not have directly improved his footwork or technique against the moving ball (Azad does actually credit Quidditch for helping him improve his fitness) that sense of perspective picked up from spending time with people who had nothing to do with cricket was massive for Azad. “It [Azad’s time at Loughborough] helped me discover myself as a person as well as a cricketer,” says Azad. “I played cricket five days a week and on the weekend, I’d do something else. I’d play Quidditch on Saturdays and do salsa on Mondays.”

His hard work eventually reaped rewards in 2017 as Dips Patel, an assistant coach at Leicestershire and a coach at Loughborough, recommended him for a trial at Leicestershire. He performed well without setting the world alight. ‘We’ll keep an eye on you and consider you for some second XI games,’ Azad was told.

It was the following summer in a three-day match against Leicestershire for Loughborough MCCU that Azad laid down an unignorable marker. Facing an attack featuring Mohammad Abbas, who weeks later wreaked havoc among the England batting line-up at Lord’s, and Ben Raine, Azad battled it out for an 144-ball 48, the kind of knock that has become a familiar sight at Grace Road.

? Hassan Azad reflects on a fantastic month after public vote sees him win June PCA Player of the Month!

Leicestershire’s coach Paul Nixon was clearly impressed by the way Azad nullified a high-class pace attack in early April conditions. He followed that innings with a prolific run of form in university cricket, at one point notching a double hundred and a hundred in the space of three days. Trials at Northants and Essex followed – he hit 59 in his only outing for the Northants 2nd XI and 12 not out in his solitary Essex 2nd XI appearance – but it was at Leicester where he impressed most emphatically. In one 50-over game against Kent’s second string, Azad blasted 179* to help Leicestershire chase down 398-6 with two balls to spare.

Any lingering doubts Nixon might have had were obliterated. Due to financial constraints, Leicestershire were unable to offer anything official but Nixon personally assured Azad ahead of his final year at university that they would do anything they could to offer him professional terms ahead of the 2019 season.

74.4 – Hassan Azad (@leicsccc) has averaged 74.4 across his 12 @CountyChamp innings as an opener this season; he's recorded 50+ in each of his last 4 such knocks. Potential. pic.twitter.com/zl9zn1C3H0

Fast forward a year and a lot has changed for Hassan Azad. Nixon was true to his word and Leicestershire offered him a deal ahead of the season and Azad never looked back. After making his County Championship debut at 25, he racked up numbers that turned heads across the country.

Azad is an eloquent talker about his own game. He enjoys being in the heat of battle and is philosophical in approach. “The only thing I tell myself is to try and take the consequence away and focus on the controllables. I tell myself that it has to be a good ball to get me out and if I get out to a good ball, there’s nothing I can do about it.

“If I can take the consequence and pressure away, it’s quite straightforward to do the same thing over and over again, that’s not too difficult. I focus on the things that I can control.”

It might seem premature to talk about Hassan Azad’s England prospects just six months after his County Championship debut, but Chris Silverwood goes to New Zealand with an opening batsman in Zak Crawley who has a first-class average 19 runs inferior to Azad’s and with just one year’s worth of Division One experience. In an era of England top-order frailty and given Azad’s evident determination and willpower to succeed, an England Lions call-up in particular does not seem far off. Perform there, and, if he keeps himself safe off the Quidditch pitch, dreams of a senior call-up may well turn into a reality.