Rob Johnston profiles Gehan Mendis, a Sri Lanka-born opening batsman, who played the quicks as well as anyone in the county game.

The ability to play quick bowling was a prerequisite for batsmen in county cricket during the seventies and eighties. It was the era of Caribbean pace and every county seemed to have someone, West Indian or not, bowling quick and aggressively. Between 1974 and 1993, there was no better player of quick bowling in the county game than the Sri Lankan, Gehan Mendis.

Mendis played for Sussex and Lancashire, after moving to England when he was 12, as a non-overseas player qualifying on residency grounds. He scored 40 hundreds among his 21,087 first-class runs for his two counties, as well as another 8,000 in one-day cricket. 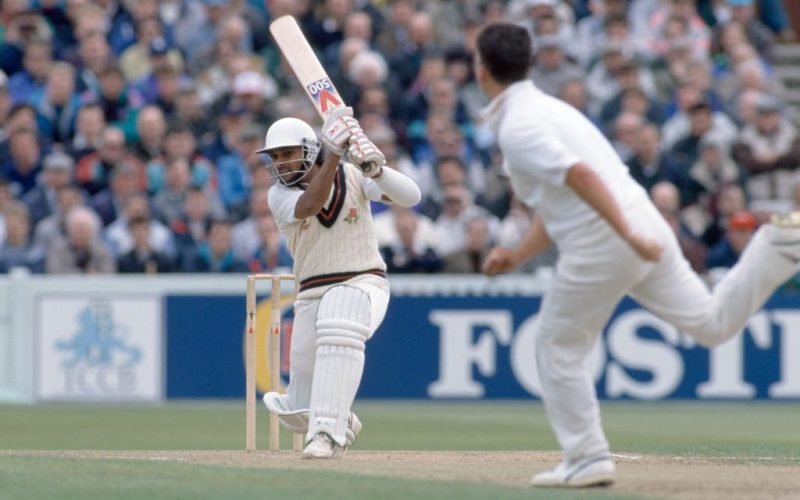 Former England batsman Graeme Fowler opened the batting with Mendis at Lancashire: “He was one of the best players of a short ball I’ve ever seen because he could play a defensive hook shot and just knock it down. If the ball nipped back he just let it hit him. But he could absolutely nail the short ball, he was unbelievable.”

Phil DeFreitas, godfather to Mendis’ son Josh, was also part of that team. “Mendo was a very skillful player, great technique, and the quicker the bowling the better he was. When Wasim Akram was at Lancashire, Gehan would be the only one who would go in to the nets and practise against him. He worked a lot with Wasim as he practised his reverse swing.”

Mendis played some brilliant innings in his long career and perhaps none better than in 1987, when he made an unbeaten 203 against a Middlesex attack containing four international bowlers: the West Indian Wayne Daniel and the England trio of Angus Fraser, John Emburey and Phil Edmonds.

Two years before that, he scored a century in each innings for Sussex against Lancashire at Old Trafford, the start of a run of four centuries in five innings. It would have been five from six had John Barclay, Sussex’s captain, not declared in the second innings against Hampshire when Mendis was 96 not out.

Despite his prowess with the bat, Mendis’ relationship with his teammates was not always straightforward. A strong, forceful personality sometimes put him at odds with those he played with. Michael Atherton describes him in his autobiography as a “mysterious loner”, an individual in a team game. 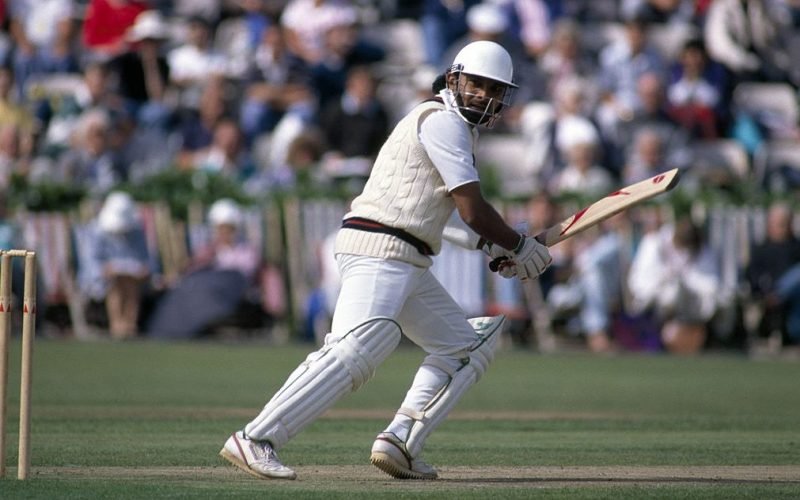 Fowler once nearly ran him out because he was deliberately hogging the strike and he once told a Lancashire team meeting he only ever ran at 80 per cent to avoid injury and wouldn’t be going any faster. “He had a strong mind,” says DeFreitas. “That might have worked against him because he had his own way and that was it.”

“I understood Mendo better than anybody else and I used to have a laugh with him when other people couldn’t quite work out what was going on,” says Fowler. “He was a unique bloke and he had his bad bits but he could have fun.

“We were at the Oval in the late eighties and you could often tell by Mendo’s eyes in the morning if he hadn’t had much sleep. Sylvester Clarke was running in and after about 15 minutes he said, ‘Foxy, I feel a bit jaded this morning, can you take Sylvester for half an hour?’ I said, ‘No, I bloody won’t! It’s not my fault you’ve been up all night.’

“We were on tour in South Africa once and the opposition decided they wanted to beat the English in a boat race after the first day’s play, i.e. drink a pint as fast as you can. Mendo never drank really but he asked to join so we gave him last spot.

“So we all drink ours and got down to Mendo when he just picked this pint up and poured it down his throat; it disappeared in about three seconds. We ended up having three races and half an hour later he couldn’t stand up. All he could do all night was giggle.”

Sri Lanka did not have Test status when Mendis started playing professionally and would not gain it until 1982. When the chance came with his country of birth, he turned it down because it meant he would become an overseas player and risk losing his county livelihood by having to compete for a small number of overseas spots.

After that, he threw his hat in with England but was never picked and finished his career without the international caps that his talent deserved. “I was really surprised that when the West Indies had all those quick bowlers he didn’t get a shout,” says DeFreitas. “Gehan was one of the best players of fast bowling I saw but was just one of those unlucky players.”

“At the time there were always suspicions about his character and that was what probably did for him at international level for England,” says Fowler. “But was he good enough as a player? Certainly.”