Desmond Haynes stood apart from the rest of established international talents for Middlesex with his style and composure. Joe MacDougall revisits the tale of the West Indies dasher’s impact for the county.

There are some people in cricket who make the game look so very easy. They never look rushed, flustered, or like they’ve got anything other than bags of time to strut their stuff.

Desmond Leo Haynes was one such player. The Bajan’s stats throughout the summers he spent at Lord’s during the late Eighties and early Nineties were always impressive, but it was the style with which he accumulated his runs that will be forever etched into the memories of the Middlesex faithful who had the pleasure of watching him. When Dessie drove the ball through the covers, it was as though time stood still.

When Haynes signed for Middlesex in 1989, he joined a team that was already well stocked with a mix of established international talent and young rising stars. However, even in such company, the buccaneering opener stood out from the crowd. His style and composure at the crease set him apart. He was a real team man too, always professional and helpful off the field and hugely popular with teammates and supporters alike.

Haynes was already well-established as one half of international cricket’s most of formidable opening partnership alongside Gordon Greenidge. In 148 innings together they scored 6,482 runs and shared 16 century stands. They remain the most productive opening pair in the history of Test cricket. 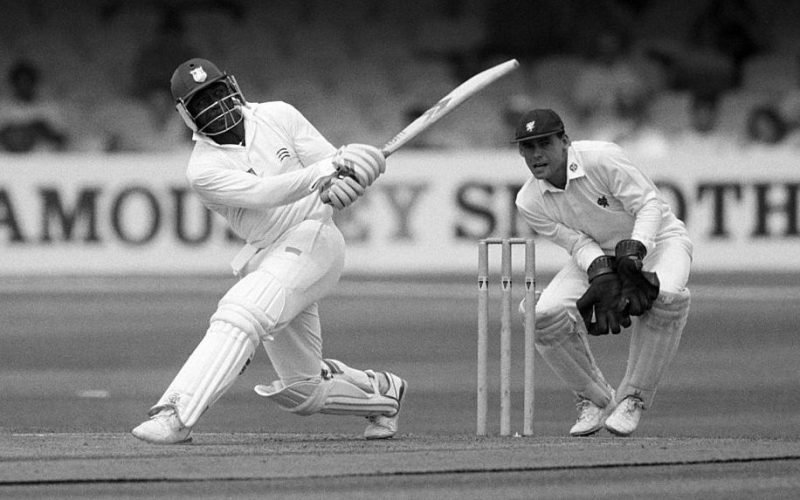 “What we tried to do the majority of times, even when we were playing Test cricket, is still try to be busy, running between the wickets,” says Haynes. “We used to bat in a way where we would rotate the strike a lot. So as a bowler you would never bowl six balls at us – unless you’re really bowling well, because every time we got some bat on the ball we would look to get off strike. I think we were ahead of our time.”

Haynes brought that urgency to Middlesex with great effect. In 1990, his most prolific season for the county, he scored more than 2,000 runs at an average of 63 as the county lifted the Championship title for the first time since 1985. He was unsurprisingly named a Wisden Cricketer of the Year for his efforts. Three years later, at the age of 37, he was instrumental in Middlesex lifting the trophy again.

Haynes’ sheer weight of runs alone would be enough for him to be considered among county cricket’s best overseas players but his commitment to the cause and class at the crease elevate him to hero status among Middlesex fans.

The appreciation is mutual. “I was very happy Middlesex took the Championship,” Haynes said recently. “The last time they won I was playing! I’m still a big supporter.”