With the County Championship done and dusted for another year, Jo Harman and Phil Walker from Wisden Cricket Monthly and the CricViz pair of Patrick Noone and Ben Jones debate who should be in the team of the season.

Wisden went about their team in the old-school way of using traditional statistics and picking players based on gut instinct.

CricViz were different, their selection criteria was primarily based on the ‘Runs Above Average’ (RAA) metric which was devised by England’s Performance Analyst Nathan Leamon. The metric essentially assesses how a player performs against the average performance in that match. So, a batsman who scored hundreds in low-scoring matches will be have a higher RAA than one who scores hundreds in high-scoring draws. 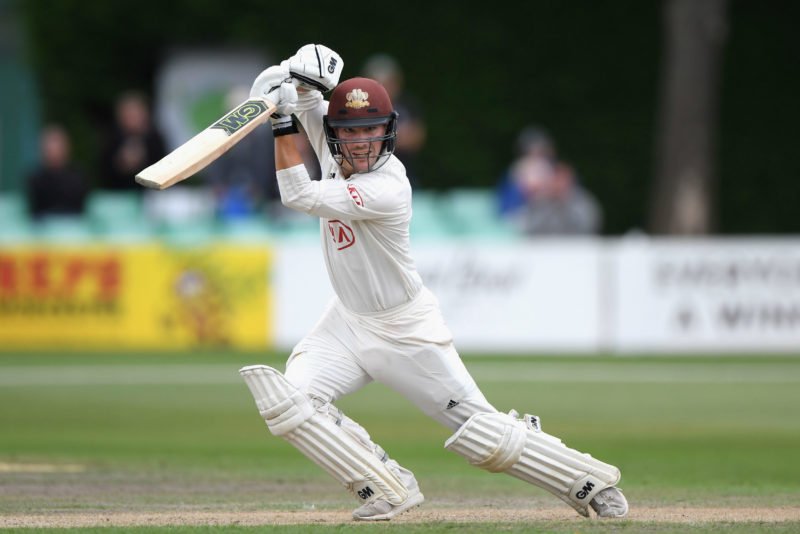 Although Burns has never quite been this prolific before, 2018 was the fifth consecutive summer that he passed 1,000 County Championship runs. He’s never been a player that selectors have looked at and thought ‘he’s an international player, we need to get him in’, he’s quite unorthodox but there are similarities between him and Alastair Cook in that they’re both excellent off the back foot and they both leave the ball very well. His conversion rate in previous years wasn’t particularly impressive but this year he emphatically answered that criticism.

The comparison with Cook is a fair one. He averages 154 off his pads and 134 with the cut. You could say that he has a limited range of shots, but Cook made a career off a similar array of strokes. Like Cook, his record suggests that Burns is an excellent player of spin – he averages 44 against pace and 49 against spin. 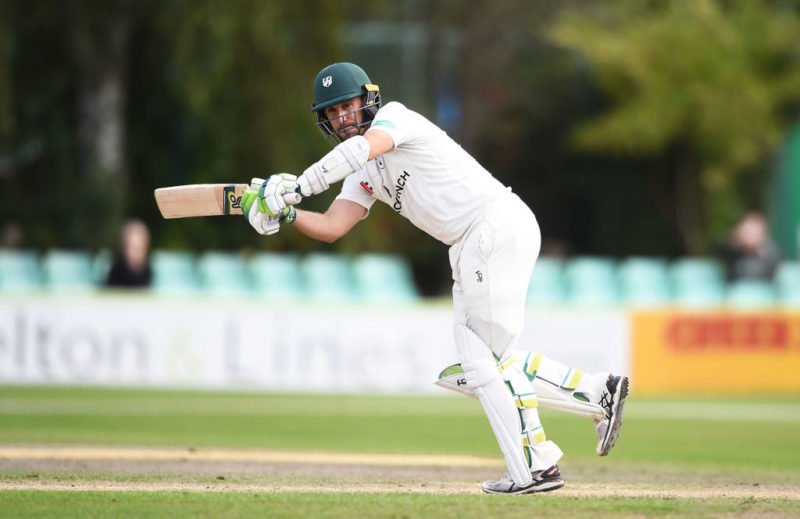 Mitchell has scored 11 Championship hundreds over the past two seasons

If you place importance on the ability to score big once set, you have to take notice of Mitchell as he does that better than anyone else in the country. He’s scored 11 Championship centuries over the last two seasons, which is the most in the country. His century conversion rate over the past two years is an astounding 73 per cent. 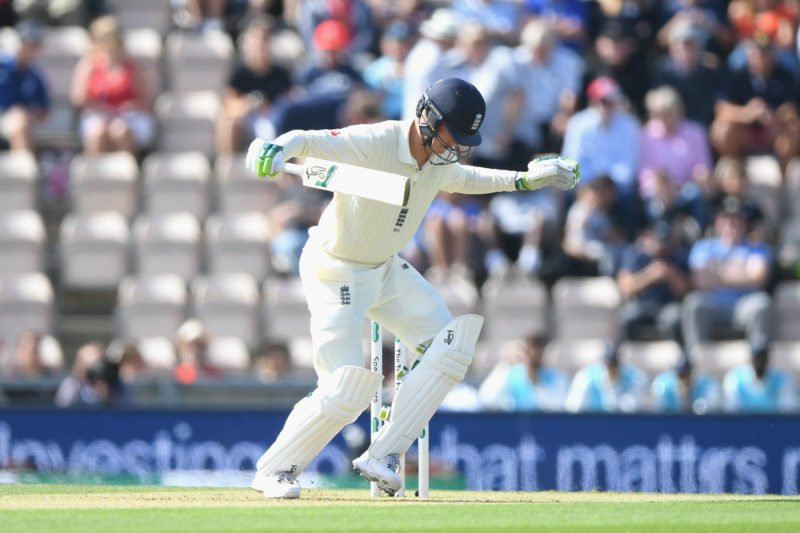 Despite a tough summer Jennings makes the CricViz team

Mitchell was in the mix for the CricViz team but he averaged 40 at home and 32 away, and the average number of runs per wicket at New Road was the fourth highest in the Championship. His runs at home aren’t weighted as highly as Jennings, so his RAA is lower.

Jennings on the other hand scored three centuries that got himself back in the England team and impressively scored 123 runs against spin, only getting out once. Runs, on average, were also hard to come by at Old Trafford. 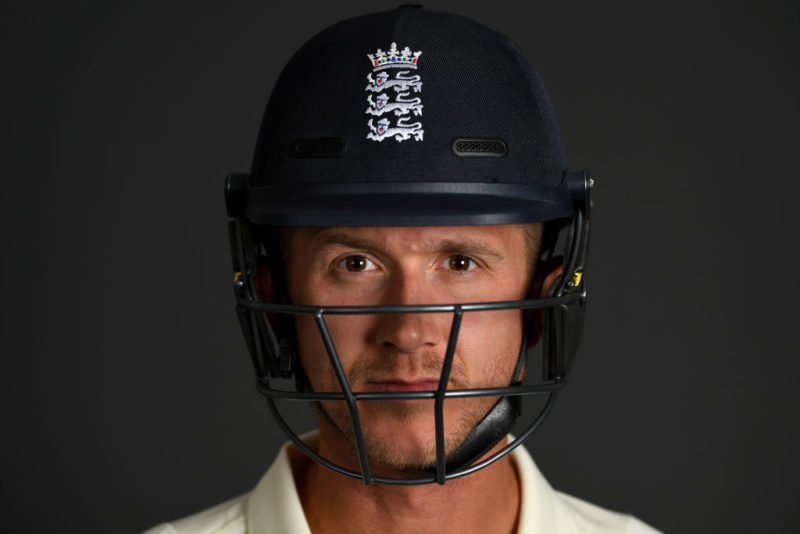 Even when he wasn’t always scoring runs he’s looked a class act. His batting has had a resurgence these past two years and he’s added another string to his bow with his leg-spin. He averages less than 40 this season but Canterbury has been a very tough place to bat. With the ball, he has a knack for dismissing tailenders and had a role not too dissimilar to the one Adil Rashid fulfilled for England’s Test team against India. 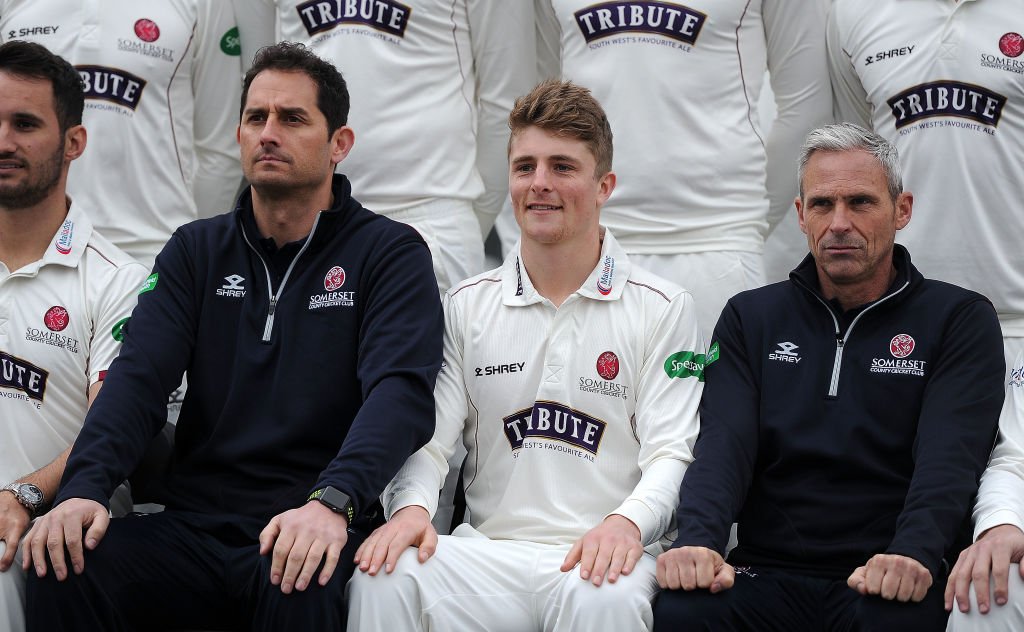 This was his most prolific season since he started playing, he averaged an impressive 53 against spin which is especially important when you play your home games at Taunton. Similar to Denly, he’s really developed his bowling too. He had only taken three wickets before this year but this season he’s taken 19 at an impressive average of 26. He has an impressive RAA of 33 per game. 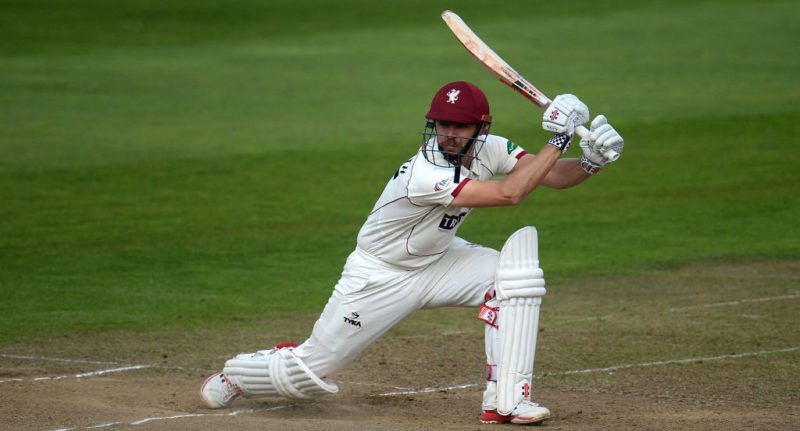 James Hildreth, 34, has infamously never played for England. He has churned out runs for Somerset once again this campaign without too many people, apart from those in the West Country, really taking notice. He’s a class above most players in county cricket and has been for a decade.

This was the seventh time he scored over 1,000 runs, and the 11th time he’s scored more than 900 runs in a season. He has a strong record against both spin and seam and was once again one of the standout middle-order batsmen in the country. 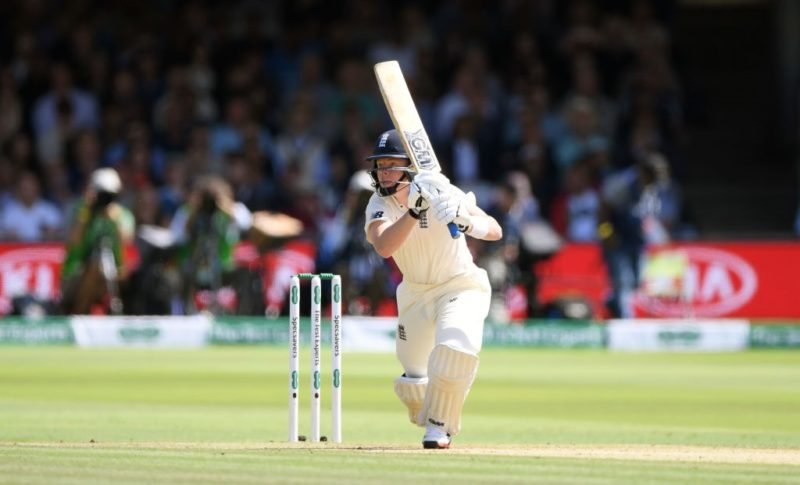 After a golden summer Pope already has two Tests and a place in the squad for the Sri Lanka tour to his name. A scorer of four Championship hundreds at an average of 70, he was impossible to leave out.

He’s so strong square of the wicket, he hasn’t been dismissed cutting or pulling all season against seam or spin. He averages 104 at the Oval and 45 away from home. His batting style is ideally suited to playing on good batting decks which you normally are provided with in Test cricket. At county level, perhaps aided by excellent pitches at the Oval, he has dominated with that game. 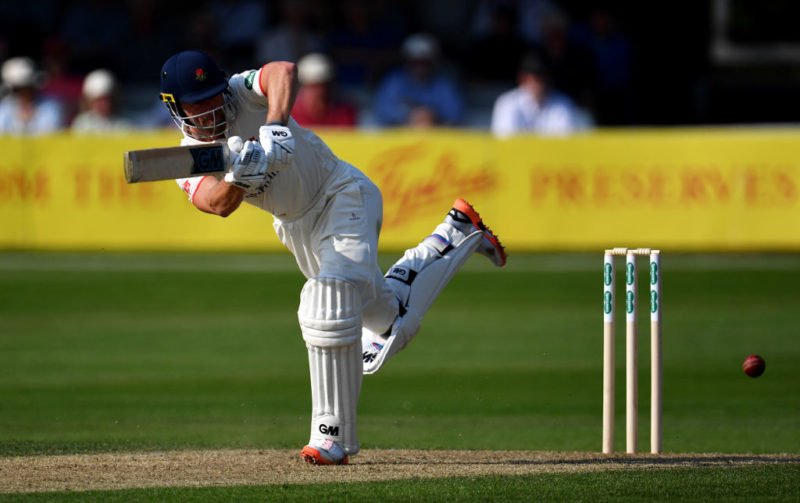 Despite his runs, Vilas’ Lancashire side were relegated

With Ben Foakes not having the most prolific season with the bat and not registering a single Championship hundred, Vilas has been the standout wicketkeeper-batsman. Vilas made three centuries and kept well. Like Jennings, he scored heavily at a ground that was conducive to seam bowling.

Vilas’ teammate Alex Davies actually has a higher RAA and keeps wicket too. But Vilas has been the man with the gloves for most of the season so he’s included instead. Lancashire had the best two wicketkeeper-batsmen in the country this year. 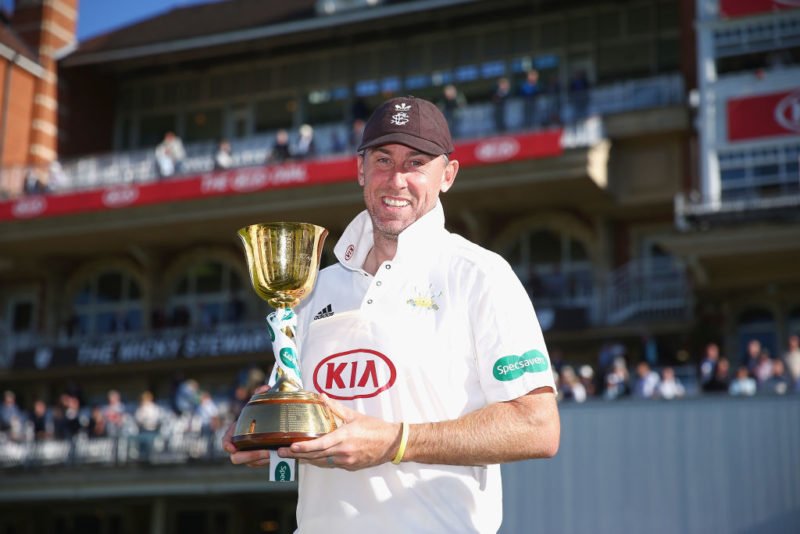 Clarke was a pivotal member of the title-winning Surrey side

The standout all-rounder in county cricket this season. Clarke, on his first full season back at Surrey, took 47 wickets at 21.53, scored a more than handy 500 runs from numbers seven and eight as well as being one of the premier slip fielders in the country. Like his Surrey teammates Burns and Pope, his selection is a no-brainer.

Aside from his excellent overall statistics, Clarke had a handy knack for dismissing good players as 38 of his 47 wickets were top seven batsmen. His dot ball percentage of 78 was also the tenth highest in the County Championship. 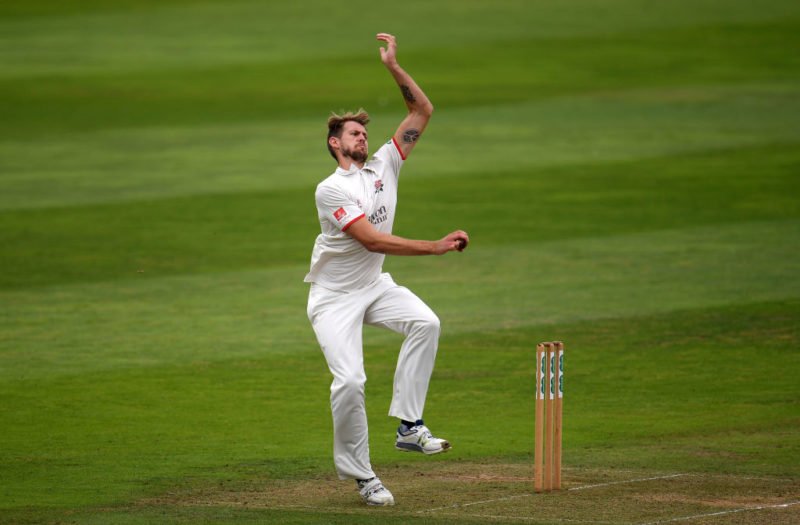 Bailey took the most wickets in Division One this season

Bailey was the highest wicket-taker in Division One of the County Championship this season and that merits selection in this team in itself. Graham Onions also had a sterling season and nearly took Bailey’s pace in this team. That Lancashire could have hypothetically fielded five players in our team of the season and still went down makes their relegation all the more baffling. 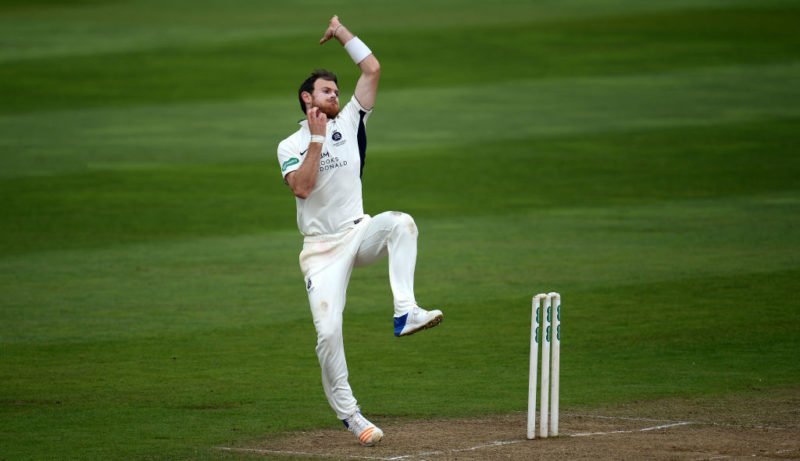 In a difficult year for Middlesex, Harris has been their standout player. Harris’ outstanding RAA of 39.3 makes him one of the key players in the CricViz team. His average of 35.2 with the bat is the highest of any player in county cricket who doesn’t bat in the top seven, so his his all-round ability puts him ahead of Bailey in our team. 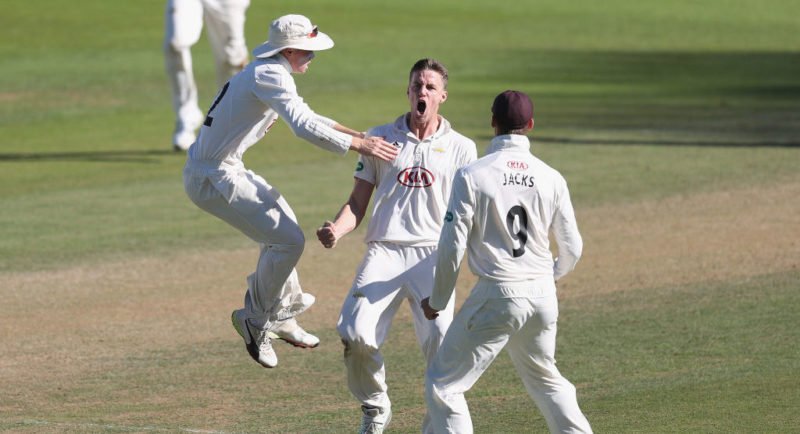 Morkel was in sublime form for Surrey this season

He’s come into county cricket, supposedly in the autumn of his career, but there is nothing but joy when you see him run in giving it his all. He took 59 wickets from just ten games and was without doubt the best bowler in the County Championship this season. Even on the rare occasions when he’s not taking wickets, he rarely ever leaks runs. 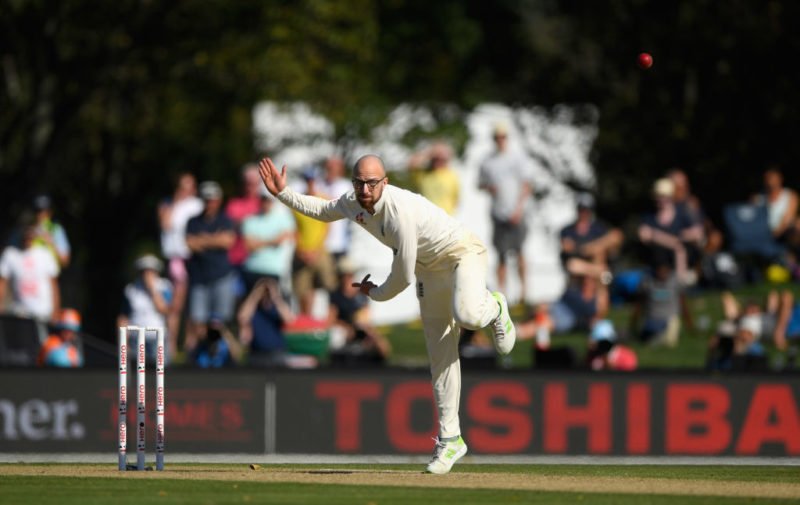 When it’s Leach’s day he’s dynamite and a genuine match-winner. The way in which he’s had another successful season after all the knocks he’s taken is also commendable. He was initially forced to make an unexpected tweak to his action and then after breaking into the England team earlier in the year, broke his left thumb. 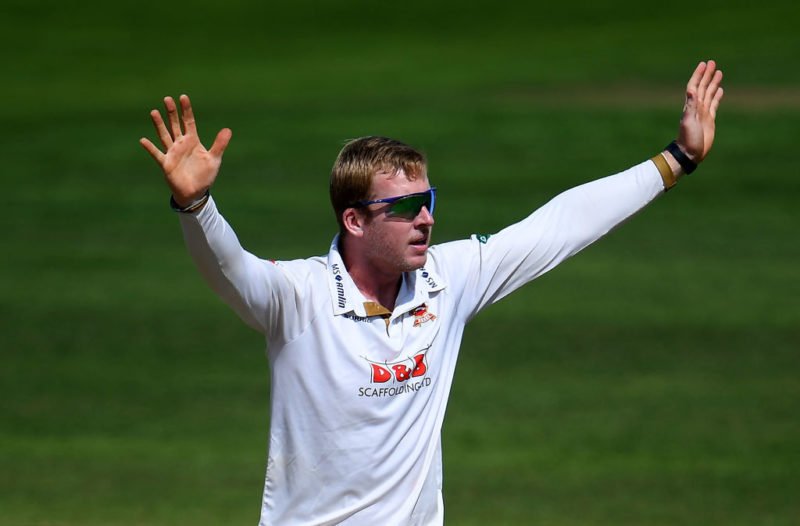 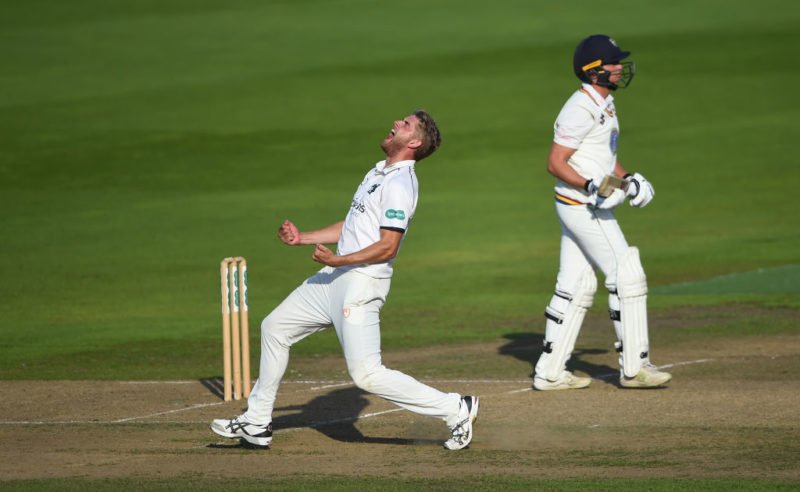 Every time he takes a wicket the stumps seem to burst apart. His eye-catching performances have understandably caught the attention of the England selectors. He could be great weapon to use against Australia in the Ashes next summer.

His strike-rate of 22.4 balls per wicket is the best of any bowler with 20 wickets or more in the history of the County Championship. He’s gone past Douglas Carr’s record season from 1912. RAA is weighted to take into account the difference in standard between Division One and Two and even with that, Stone has the second highest RAA per game of anyone in the country.