With a host of star names and a formidable captain who left nothing to chance, the Yorkshire side of the 1930s were near unstoppable, writes Paul Edwards.

Yorkshire’s first home match of the 1947 season was against Sussex at Bradford. In the second innings of that game their skipper, Brian Sellers, was joined by the combustible fast bowler, Alec Coxon, whose 63 wickets the previous summer had helped the White Rose win the County Championship. The story goes that Sellers took off his Yorkshire cap and invited the bareheaded Coxon to try it on. “It fits OK,” said Sellers. “You keep it. You’ve earned it.”

It’s perhaps a strange incident with which to begin a piece about Yorkshire’s dynasty of the 1930s: a game the home side eventually lost, played in a season when they finished seventh in the table, and a tale which may be tinged with the apocryphal. 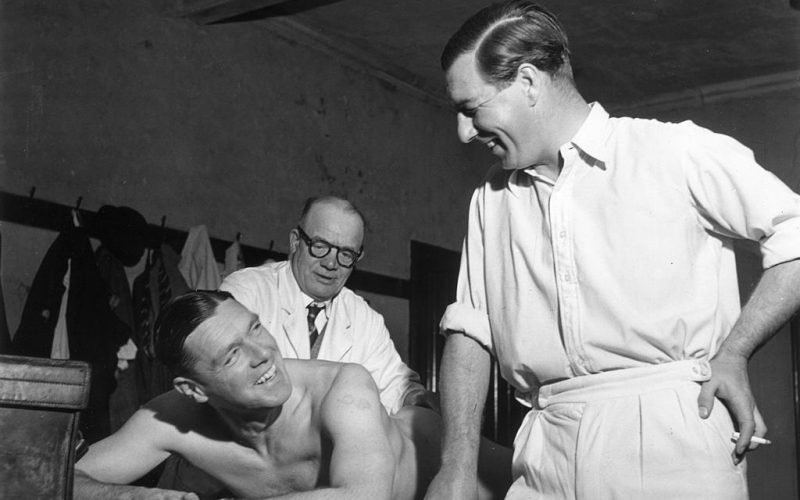 Brian Sellers, Yorkshire’s captain between 1932 and 1947, chats to his successor Norman Yardley while enjoying a massage

Yet the anecdote illustrates one of the lesser-known qualities of the man who had led the county officially since 1933 and under whom Yorkshire had won six titles, three of them on the trot in the years immediately prior to World War II. Sellers may have urged his team forward with a barrack-room tongue-lashing scarcely in keeping with the image of an amateur skipper, but he defended his players with zealous loyalty and rewarded them when they deserved it.

“He was essentially of the team as distinct from being with the team,” wrote JM Kilburn. “Their interests and their welfare were his and however scathing he might have to be in private dressing-room discipline, his public identification was always with the players. He represented them loyally in committee and he was their advocate in all matters beneficial to their comfort and efficiency.”

Another Yorkshire historian, Tony Woodhouse, told the story that 10 years after Sellers’ death in 1981, a Yorkshire professional sprang to attention at the mention of his name. With Sellers there were always stories. They called him a martinet; they may have undersold him. Len Hutton described Sellers on the hunt for victory as “a house set on fire, set alight by the old maxim – a game is never lost until it is won”.

Sellers was fortunate that in the 1930s he led perhaps the greatest county team of all, one which, in Kilburn’s view, “could scarcely have failed to be successful without any captain at all”. It included two opening batsmen from the pantheon, Hutton and Herbert Sutcliffe, and one magnificent slow left-arm bowler, Hedley Verity, of whom Neville Cardus wrote: “The click of the finger, the spit of venom on the ground. The record hunters will revel in his figures. And the gods of the game… will remember the loveliness of it all, the style, the poise on light toes, the swing of the arm from noon to evening.”

Yorkshire’s other leading players in the 1930s had to make do with being outstanding and most were capped by England. Two of them, Maurice Leyland and Bill Bowes, were included in the half-dozen who played in the Tests of 1935 against South Africa; Sellers led Yorkshire to 19 victories and one defeat in 30 Championship games that season and won the title with ease in an era when not all counties played the same number of matches and the table was calculated by the percentage of possible points gained.

Yet he never played for England and never looked likely to. Sellers made only four first-class centuries and ended his career with a batting average of 23.05. He took nine first-class wickets. All the same, the fact that he remained Yorkshire’s captain from 1932, when he deputised for Frank Greenwood, until the end of 1947, when he handed on the robes of office to Norman Yardley, says something about the respect in which he was held by players of far greater ability. “He is pre-eminent in county captains for he leads the best side in the best way,” wrote RC Robertson Glasgow in 1943. 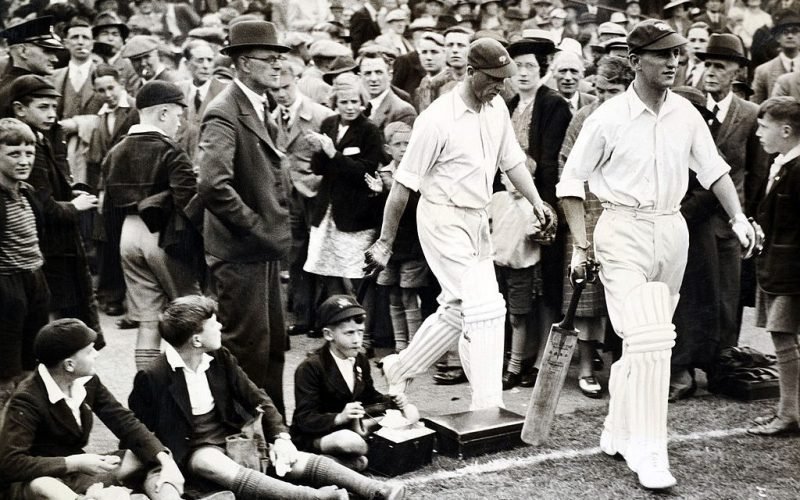 Sellers’ appointment as Yorkshire captain owed as much to nepotism and circumstance than the identification of burgeoning leadership qualities. He had led his school side, St Peter’s York, in the early 1920s and skippered Keighley in 1931 before making his Yorkshire debut the following season, aged 25. Greenwood had overseen the White Rose winning the title in 1931, when Verity took 138 wickets in his first full season and Sutcliffe scored 2,049 runs in a damp summer, but the appointed captain was restricted by business commitments to just six games the following season.

Sellers, whose father was chairman of the cricket committee, took over and Yorkshire won 18 of their last 21 games, almost banishing memories of a poor start to the season which had seen the champions win one of their first seven and lose by an innings to Lancashire. Almost immediately Sellers seemed to put his stamp on the side. “He stood no nonsense, and was liked,” wrote Robertson-Glasgow.

The new captain clearly possessed great tactical acumen and the sort of passionate devotion to cricket which often comes as standard in Yorkshiremen. However, his leadership was also distinguished by fearsome courage and a will to win which unnerved even his teammates. Sellers knew he did not possess the batting talent of the veteran opener, Percy Holmes, who played on until 1933; nor could he contribute in the manner of bowlers like Bowes or George Macaulay, both of whom took over a hundred wickets in Sellers’ first season as officially-appointed captain. But the skipper – they nicknamed him ‘Crackerjack’ – could show by his demeanour and ruthlessness that no one was keener than he to see Yorkshire win, and then win again.

He faced down the fastest bowlers in the land and fielded absurdly close to the wicket in the fashion later adopted by another Yorkshire captain, Brian Close. Fielding was an area of his game which Sellers could improve and in which he could brandish his commitment by taking brilliant catches in all positions and intimidating opposing batsmen by his very presence. If colleagues were intimidated too, so much the better. “Playing for Yorkshire under Sellers was as much a test of temperament and character as it was of technique,” wrote Derek Hodgson. 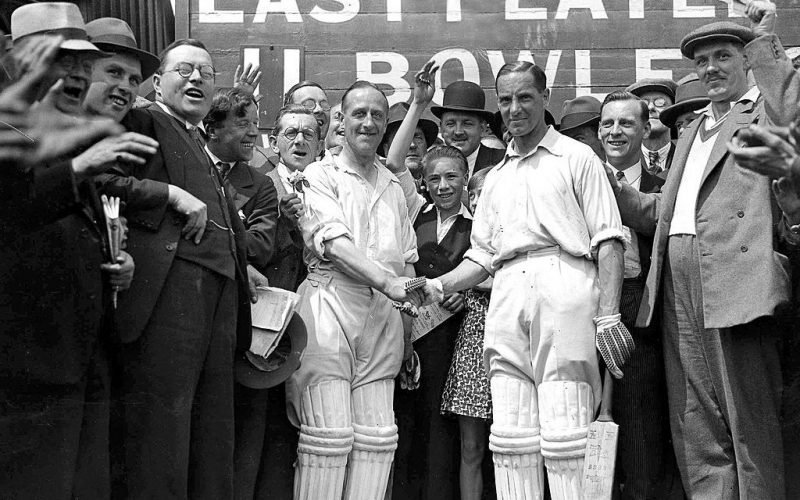 Sellers was provided with examples of the phenomenal cricketing talent placed under his charge as early as 1932. In June, Holmes and Sutcliffe put on an unbroken 555 for Yorkshire’s first wicket against Essex at Leyton. The following month Verity took 10-10 in Nottinghamshire’s second innings at Trent Bridge, a feat recently described and analysed in an outstanding book by Chris Waters. And at Scarborough, Sutcliffe demolished the Essex attack to make 194; the final 94 runs being scored in 40 minutes. Such cricket was “beyond all rationality” observed Kilburn.

What also seemed beyond normal explanation in the same year was the arrival at nets of Hutton, a batsman whose preternatural composure and talent bemused even the Yorkshire coach, George Hirst, who declared that there was nothing he could teach the 16-year-old about batting. When he first appeared at the winter shed Bowes and Verity were there to greet him and put his technique to the test. Bowes gently suggested he might find himself a better bat. “Had the boy played a violin, Yorkshire would have found him a Stradivarius,” wrote Derek Hodgson. 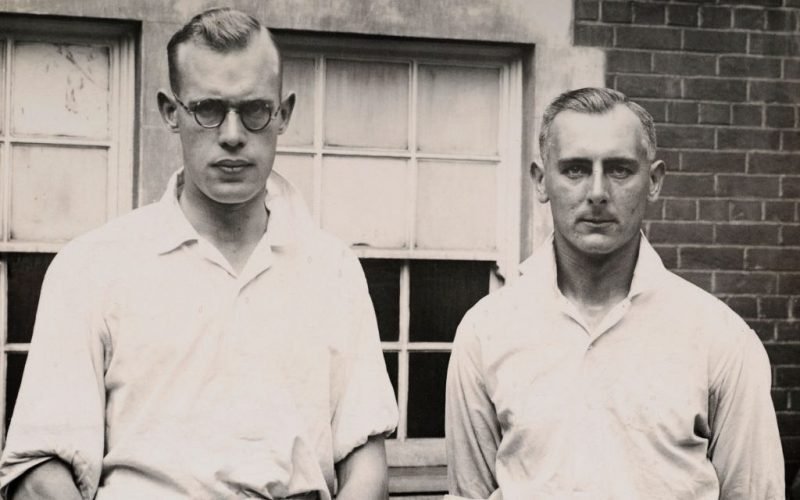 With such a galaxy of talent, it was not in the least remarkable that Yorkshire won seven County Championships in the nine pre-war seasons. What is surprising is that their sequence was interrupted, first by Lancashire in 1934 and then by a Derbyshire team inspired by the pace and spin combination of Bill Copson and Tommy Mitchell in 1936. In their seven triumphant seasons in the 1930s, Yorkshire played 200 Championship matches, winning 131 and losing 15.

Inevitably, perhaps, students of this Yorkshire dynasty will attend to the achievements of Sutcliffe, Verity, Hutton and Bowes, four players who would have transformed any team into title contenders. Yet when those men were on Test duty, Yorkshire were indebted to cricketers who may well have been more famous had they been the stars at another county. Almost always at No.3 in the order was Arthur ‘Ticker’ Mitchell, who fielded at slip or gully when Verity was bowling and whose anticipation in those positions created catches when others would not have even discerned a chance. Mitchell rivalled Sellers for toughness and as club coach in the quarter-century after the war, he helped his former skipper remind Yorkshire cricketers of the trust placed in them.

There was the wicketkeeper, Arthur Wood, whose chunky build concealed remarkable agility and whose good humour lightened the tone of the dressing room without deflecting from the serious purpose at hand. And there was Wilf Barber, who was 31 before he commanded a regular place in Yorkshire’s side and who, like Wood, played on deep into his forties, winning another title in 1946.

It was in that summer, so Bowes believed, that Sellers’ full stature as a leader was revealed. Sutcliffe had retired and all Yorkshire was in mourning for Verity, who had been killed in the war. The great dynasty was in gradual decline and Bowes, later to be a well-respected journalist, reported Sellers’ words: “We must keep at it Bill, until Yorkshire have a side again.”

That comment connotes guardianship as much as leadership. While other counties’ supporters may glance back in pride on a great era or a single title, Yorkshire’s look to see how their dynasties compare and have been maintained. How winning a title was merely the prelude to winning another.