When John Bracewell was appointed head coach of Gloucestershire ahead of the 1998 season the county had gone 21 years without any silverware, and that didn’t look like changing anytime soon.

At the end of his first year in charge, the New Zealander made some significant changes, as the contract of West Indian veteran quick Courtney Walsh was not renewed and the Australian all-rounder Ian Harvey was recruited in his place. Bracewell pushed his charges to become one of the fittest teams in the country and devised an innovative game plan for one-day cricket. Over the next six seasons, Gloucestershire won eight one-day trophies.

Jon Lewis, Jack Russell and Tim Hancock, who were a part of that glorious run, talked about the new-found intensity and spark in the Gloucs outfit, during a conversation with Rob Johnston.

John Bracewell’s arrival coincided with a sharp upturn in form. How did he change your attitude and style of play?

Jon Lewis (seamer 1995-2011): We didn’t really know anything about John or what he’d done. He didn’t renew Courtney’s contract at the end of 1998, which we thought was unbelievable. We were an ordinary team of Championship cricketers, plus Courtney who would win us games off his own back. John sat us down in pre-season and said to us that we had to start winning games for ourselves.

Jack Russell (keeper 1981-2004): John opened our eyes to what we could achieve. The batters were relying on Courtney too much because they didn’t have to score so many runs because he kept bowling them out. Everyone was underperforming and we were underachieving as a team. 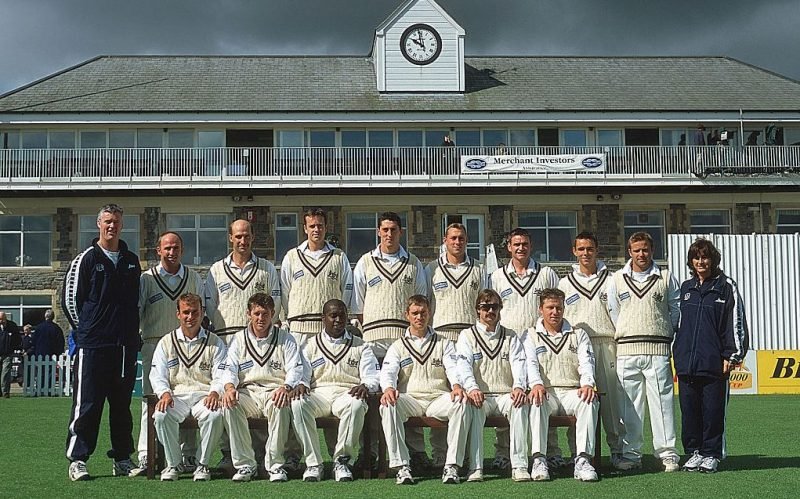 Tim Hancock (opening bat 1991-2005): We’d had our moments in one-day cricket, got to some quarter-finals, but choked a little bit. John took his one-day stuff seriously and he got us working very well as a unit. He also added some players who made a real difference, like Ian Harvey and Kim Barnett.

What did Ian Harvey bring to the team?

JL: Nobody knew anything about Ian either but as soon as he came over you understood there was something a little bit different about him. He played some Championship cricket at the start and I remember his first game at Surrey when he got someone out with his slower ball, a ball no one had ever seen before. 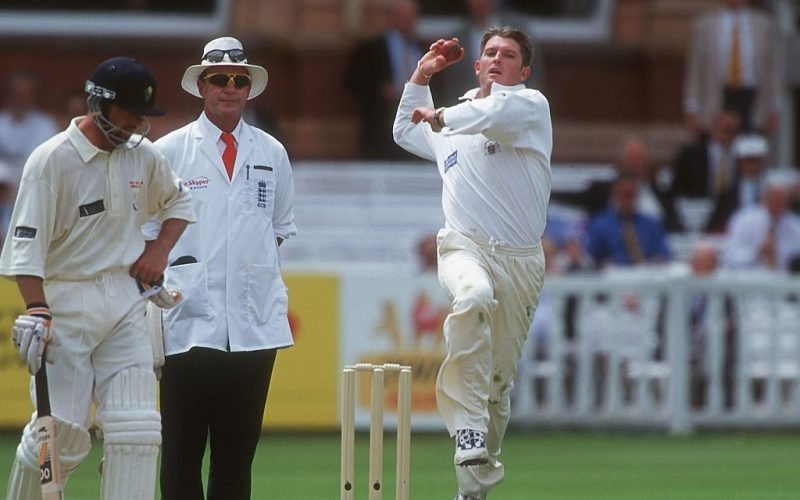 JR: We called him ‘The Freak’ because he could do so many things. After a year or two, he was even running people out left-handed. He could take the game away from you with both bat and ball. His skills as a bowler, well I’d never seen anything like it. It took people three years to work out how to play his slower ball and he had a quick bouncer, could swing it out or in, and could bowl yorkers at will.

TH: It was a brave decision to replace Courtney but Ian was a massive part of our success. James Averis and Harv were outstanding at the death and often they would knock teams over with yorkers and slower balls instead of them getting 70 or 80 more runs.

You beat Yorkshire in the 1999 Benson & Hedges Super Cup and then Somerset a month later in the NatWest Trophy Final. What was the key to those successes?

TH: During that period we didn’t always play amazing cricket but when we got to the big games, each man grew. Some teams shrink on the big occasions but we puffed our chests out and we relished it. I don’t think we went in to that first Lord’s final feeling pressure, we went there thinking it was a great day, something we all had dreamt about doing since we were kids.

JL: We absolutely thumped Yorkshire at Lord’s. Mark Alleyne got an amazing hundred and it was no contest, really. They had Sidebottom, Vaughan, White, McGrath – all these very fine cricketers – and got nowhere near us. From then on this belief and hunger to win more trophies took over. We wanted to leave a legacy and that was pretty much what we did.

JR: I remember sitting down after that first Lord’s final in 1999 in the changing room and we were all saying we’ve got to come back and do this again because it had been such a great day. We loved it so much and we managed to come back a month later and beat Somerset. We couldn’t afford to lose that one because we wouldn’t be allowed back down the M4! 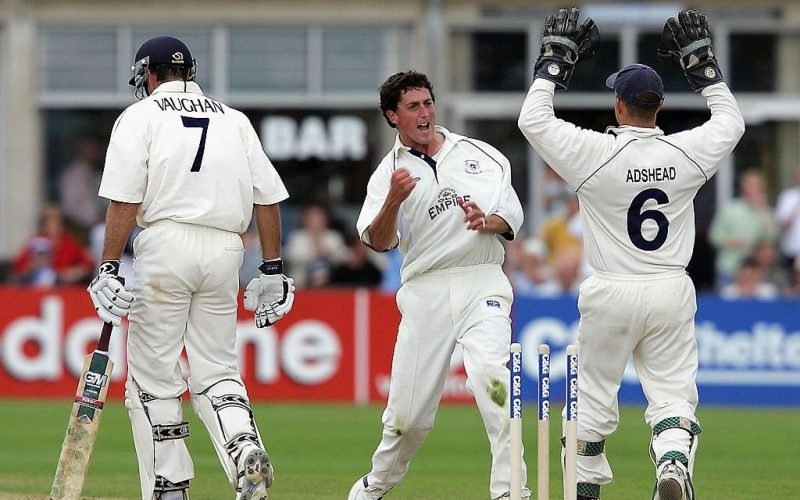 In 2000 you went one better and won the treble, lifting the B&H Cup, NatWest Trophy and Sunday League. Did you surprise even yourselves?

JL: Winning all three competitions is a very, very hard thing to do. To play that consistently across the season in that format was phenomenal. I sit down as a coach at Sussex and we are trying to work out how to win one trophy, let alone three. We just got on a roll and we felt like we were unbeatable.

TH: The route to the NatWest final was quite rocky. We had to replay a game against Worcestershire who had fielded an ineligible player and then play Leicester in the next round the day after. We looked like losing both games but we pulled it round and then hit our straps.

“It’s so priceless that togetherness, knowing that you’re not invincible, but that if you do certain things you’re going to be really tough to beat”

JR: We knew if we stuck to what we were doing and did it well we would win. One thing that sticks out in my head is that we never lost a tight game. It’s so priceless that togetherness, knowing that you’re not invincible, but that if you do certain things you’re going to be really tough to beat.

TH: In the Sunday League, we had to wait 24 hours because Somerset were playing Lancashire and if Somerset didn’t win, we would win the title. It was quite strange not being able to do anything about it. I don’t think any of us at the start of 1999 would have thought we could win five trophies. It was an amazing time.

Can you put your finger on what made you such a good side?

JL: John drilled us professionally, like we’d never been drilled before, in the way we were going to play. He had a plan and understood our home conditions. We were going to bowl very straight, mix our pace and be very good bowling at the end. Mark Alleyne’s captaincy and feel for the game should never be underestimated too. He was the best captain I played for by far.

JR: We worked so hard on our fielding and in my opinion we became the best fielding team in the world. I don’t think there was anyone who could touch us because of the intensity of our fielding. With our batting, we could knock it around in to gaps but we had guys like Kim Barnett and Tim at the top of the order who could put bat to ball and were difficult to bowl at. 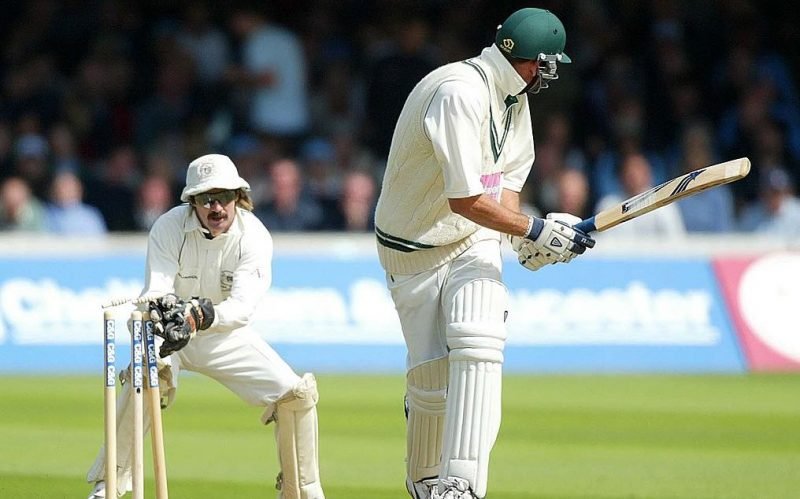 Jack Russell was an intimidating presence behind the stumps

TH Kim and I clicked. He was very experienced and was quick at knowing what I needed to do, as well as him. He used to have a style that unsettled bowlers and I played a bit differently. We had magnificent bowlers and as a batting unit we knew what we could defend and I never felt we were going to chase more than we had to because of our attack.

How important was what became known as the ‘Gloucester squeeze’ to your success?

JL: All the fielders working together with Jack and the bowlers created what we used to call the ‘Gloucester squeeze’. Teams just couldn’t get us away because we knew the ball didn’t bounce and we changed our pace well and had a good off -spinner in Martyn Ball who knew how to control a run-rate.

JR: The squeeze was a mental thing. I sometimes stood up to the stumps for the first over of the match and we learnt that the guys at mid-wicket and cover plus the guys at mid-on, mid-off and backward point could squeeze. They came so close and the intensity of that meant we used to isolate the batsman. We split them in two mentally. It was so enjoyable doing that. 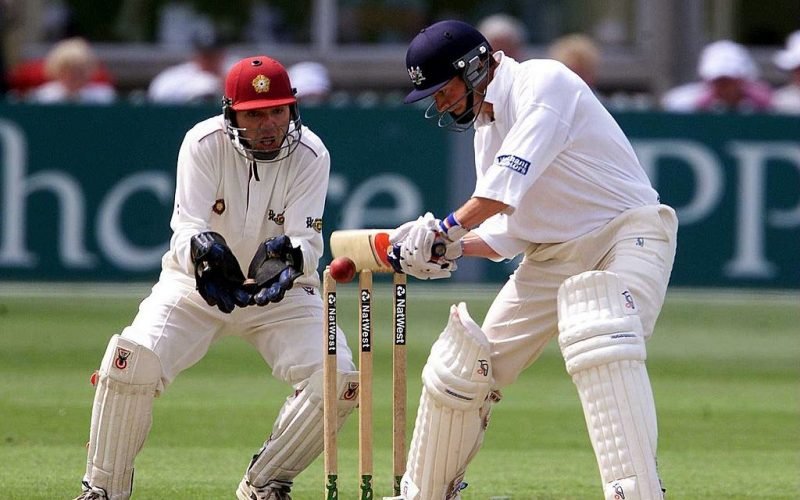 JL: We were always talking about putting pressure on the opposition. We were the favourites but they needed to come and beat us and there was a pressure on them. We talked about it in the press a lot and our local crowd really bought into it too, so they would be clapping dot balls.

JR: We had such a will for nobody to let anyone down and if you gave two away at fine-leg or wherever, there was hell on. We even got Mike Smith, one of the world’s not-greatest-fielders, to actually save a run at mid-on. That was something, I can tell you!

After the treble you were relegated from Division One of the Sunday League in 2001 and lost to Surrey in the Cheltenham & Gloucester Trophy Final. What happened?

JR: Surrey were just smarter than us in that final and getting relegated was so disappointing but mentally it’s difficult to get back to those levels. Teams work you out and we just thought we could carry on doing the same things but we had to change a bit. We won Division Two in 2002 and then kicked on again, winning two C&G Trophies in 2003 and 2004. 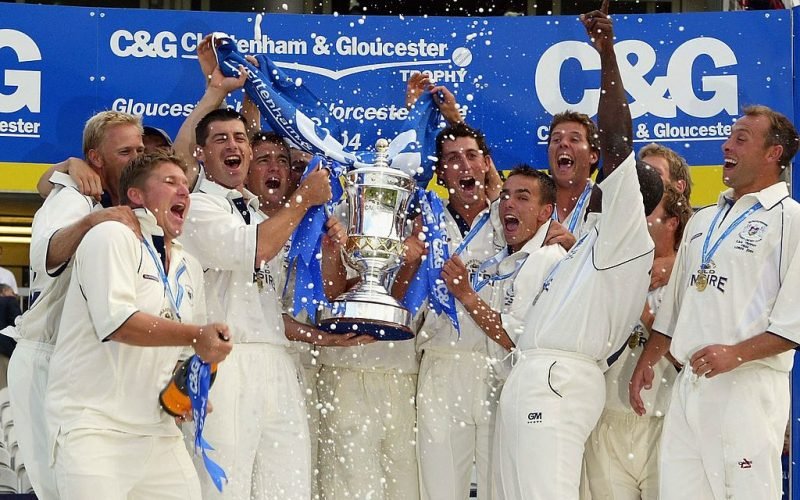 JL: There was a little bit of turmoil in the dressing room at times there. There were some individuals who tried to upset the apple-cart a little bit within the leadership of the group. They were tough times. If two or three guys out of the 11 aren’t in it with you, the squeeze and the fielding and all that’s like pissing into the wind.

Just how enjoyable were those glory years?

JR: People didn’t want to come to Bristol in the end. We could see them walking through the gate knowing it was a waste of time. During that period, England used to play the counties as a one-day warm-up but John told us they wouldn’t play us, probably because they knew that we were a better team. It was fantastic.

TH: I was an average county player at best and we all had to battle away for what we got. Some of us had quite long careers and were having the time of our lives. It’s something I’ll always cherish for the rest of my life.

JR: I look back at that time with such fondness because you can be the richest person on Earth, be Bill Gates or whoever, but you can’t buy that experience. It was something I will take to my grave as some of the greatest days o f my life. I loved every minute of it.