Week two of this year’s County Championship saw Kent, Somerset, Sussex, Lancashire, Worcestershire and Yorkshire record their first wins of the campaign, while reigning champions Surrey opened their account with a draw against Essex. But which individual performances turned the most heads, thus warranting a place in Wisden’s team of the week?

He recorded his second first-class ton on the first day against Warwickshire, before racking up a quick-fire 45 as Kent successfully chased down 124 on the evening of day four. Dynamic and adaptable from the 21-year old.

A double-ton in Lancashire’s pre-season match against the MCC raised hopes of a Hameed return to form, but this century to help pin Middlesex by seven wickets was confirmation that the youngster is truly back in the groove. He negotiated a strong bowling attack full of Test match pedigree, and delighted many a cricket lover with his resurgent knock.

“It is difficult to put into words. It’s a number of emotions.”

Haseeb Hameed on his first first-class hundred since August 2016.https://t.co/ZBMrFkRPyz

Yorkshire’s skipper might not be in the forefront of selectors’ minds pre-Ashes, but if he continues his early-season form me may prove difficult to ignore. He followed up his impressive opening-game ton with a commanding 148 against Hampshire, setting up a declaration and subsequent innings victory.

Sussex largely have Wells to thank for their opening win of the campaign, as a low-scoring affair at Riverside was tilted by the 28-year old’s splendid knock of 98* – the second top score in the innings was 25. A stoic final day 41 also helped ensure that Durham did not creep back into contention. 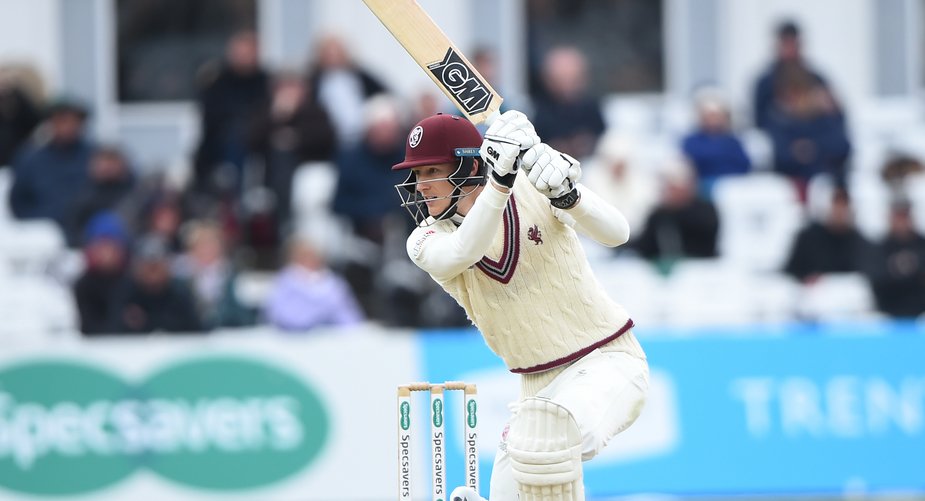 Somerset were rampant in their dismantling of Nottinghamshire, aided by a stunning ton from the young Bartlett. After narrowly missing out on TOTW selection last week, he fended off Stuart Broad admirably in his knock of 133 in five hours, recovering his side from 36-3 to 259-4 and shifting the momentum decisively, catalysing an impressive innings victory.

It was a memorable one for young Ollie Robinson who glided to 143 against Warwickshire, backing up his team-mate Crawley with a dominant ton, his first at the top level. With just six matches under his belt, the highly-rated wicket-keeper is most certainly one to keep an eye on this year.

He’s been in wicked form with the ball in the opening two bouts, and Gregory cashed in with the bat too on this occasion, the all-rounder notching a run-a-ball half-century against Notts having taken 6/68 in the first innings. Four of his victims were well-set and had been at the crease for over an hour, underlining the importance of Gregory’s talismanic role in this Somerset side. 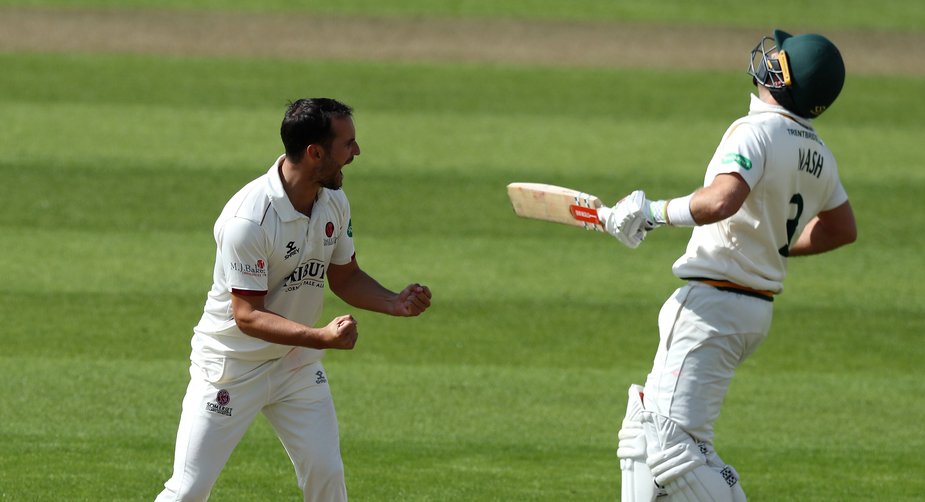 The Irishman was unfortunate not to make our team of the week after the first round of games, and it would be harsh to omit him again after notching yet another five-wicket haul. Middlesex were outdone by an inspired Lancashire effort, but Murtagh’s wily efforts at the ripe age of 37 are proof that there is still plenty left in the tank.

With the Ashes on the horizon, it is not absurd to suggest that Aussie paceman Siddle might make a late bolt back into the side. The charismatic quick was at his slippery best on a batting paradise against Surrey, taking six crucial scalps before adding a cheeky 40 not out for extra measure.

Jack Leach has 3-8 from his first five overs against Notts in the @CountyChamp, including this wicket of Joe Clarke ?#CountyChampionship | #NottsvSom pic.twitter.com/hLMctYxpXY

Worcestershire made an impeccable start to their Division Two campaign, amassing 553/6 before declaring and skittling Leicestershire for 302. The follow-on allowed Morris to take centre stage, emphatically running through seven batsmen and inflicting a humbling innings defeat on Paul Horton’s side.