Pace bowler Nathan Coulter-Nile has revealed his disappointment at his omission from Australia’s ODI squad for the upcoming matches against India, citing poor communication from those above him, bringing into question the aptitude of Australian selectors once again.

Coulter-Nile, who has 22 ODI caps, has struggled with persistent back problems in recent years, but after making a comeback in October following a prolonged lay-off, things had looked more promising. He played four limited-overs matches for Australia in November before participating in the BBL, where he has been a staple in the Perth Scorchers side.

However, Coulter-Nile wasn’t included in Australia’s ODI squad to face India, with chief selector Trevor Hohns citing his lack of fitness. “Nathan Coulter-Nile recently experienced some lower back soreness,” he said. “And on the advice of our medical staff we weren’t prepared to risk selecting Nathan in the side given the demands of the upcoming ODI series.” 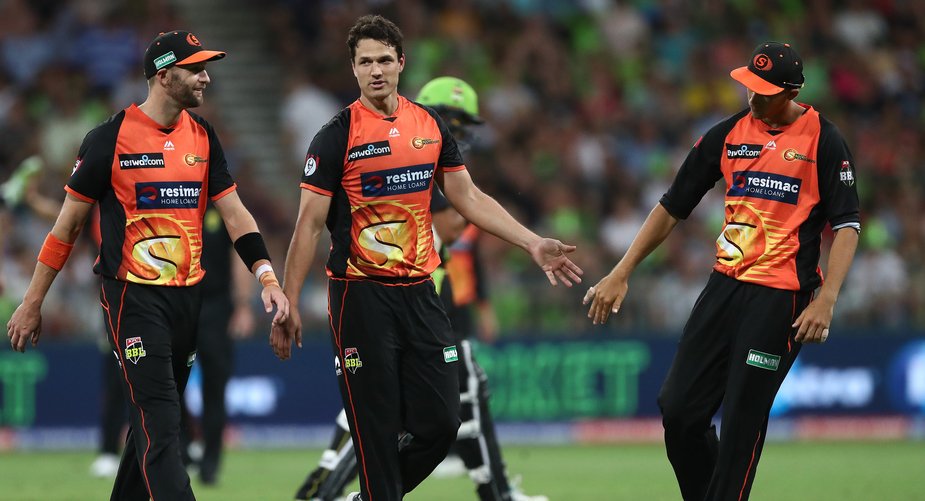 Coulter-Nile has been a consistent performer for the Perth Scorchers

Coulter-Nile criticised the lack of correspondence from the selectors, telling radio station Perth ABC that those in power had not heeded or sought out clarification about his fitness.

“I think it was communicated to me really poorly,” he said. “I hadn’t had a back scan yet, the scan ended up being all clear so I’m looking forward to playing for the Scorchers tonight.”

While Coulter-Nile might feel aggrieved at his exclusion, he is not the only who was left infuriated by the ODI squad announcement.

Former Australia leg-spinner Shane Warne said he was “absolutely staggered” that short-format specialists D’arcy Short and Chris Lynn had been left out, while a swirling debate around Glenn Maxwell’s continued omission from the Test squad has crescendoed in recent weeks.

Lynn responded to his ODI squad non-selection with a Simpsons-themed gif on Twitter, while Maxwell sarcastically posted a video of Australia coach Justin Langer detailing his own use of the reverse-sweep. It was captioned by Maxwell with ‘reckless’ – alluding to the reasons given by the coaching staff for him losing his place in the Test side in 2017.

Maxwell averages 49 in four-day cricket over the past few years, something fellow Australian Shane Watson highlighted in his support of the all-rounder. “His four-day record with the bat, he averages in the 40s, and that’s pretty strong compared to some of the guys running around. He’s one of the more talented players we have,” said Watson.