It is certainly a significant statement of approval, given Akram’s abilities with the toe-cruncher, and the Sultan of Swing also compared the young quick’s Test match exploits to his own, and those of former Paistan team-mate Waqar Younis.

“Jasprit Bumrah has the best and the most effective yorker among fast bowlers playing international cricket now,” Akram said to PTI. “What makes Bumrah special is his ability to bowl yorkers on a regular basis. 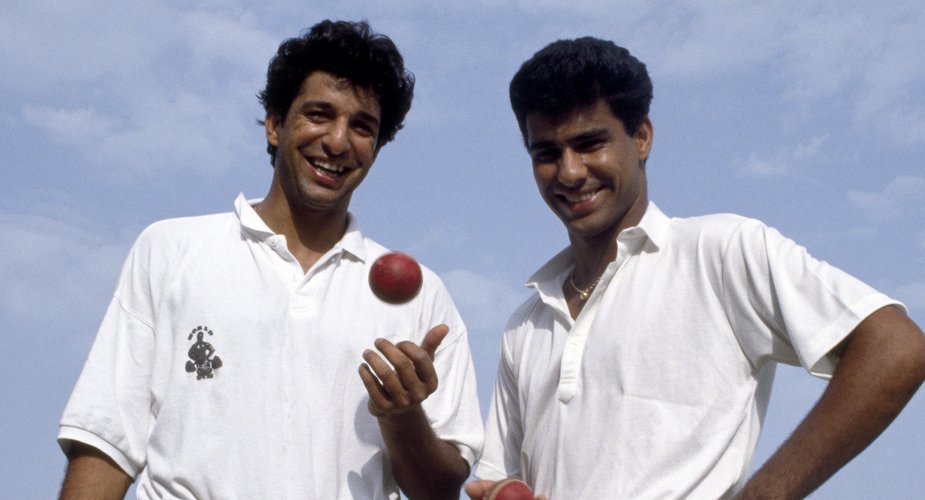 Wasim Akram and Waqar Younis were no mugs with the yorker

“The yorker is not just used for ODIs but for Test matches too as me and Waqar did in our times. Bumrah has an exceptional action, very different from other fast bowlers and yet he gets the ball to swing and also move off the deck at good pace.”

The prime catalyst behind Bumrah’s exceptional talent is, according to Akram, his history of playing ‘gully’ cricket (or street/ backyard cricket) and the limited room for manoeuvre which comes with it.

“When you play gully cricket with buildings on both sides and the batsman being deprived of playing cross batted shots on both sides, they are forced to play straight then. And then you start pitching it up and in the process you learn to bowl at the base and prevent the batsman from going down the ground.

“If you see, whether it’s me coming from Pakistan or Bumrah coming from India, we are all products of tennis ball cricket.”

"He (Kohli) is one of the most popular cricketers in Pakistan."

Pakistan icon Akram also voiced his admiration for India skipper Virat Kohli, commending India’s series victory Down Under, while praising the 30-year old for his mental fortitude and mindset, even claiming that Kohli is “one of the most popular cricketers in Pakistan”.

“It is Virat’s mindset that makes all the difference. When I mean mindset, it includes off the field preparation also- awareness about all the worldly things, what needs to be done to become the best in the world and it’s not just about having the perfect technique,” said Akram. “He is one of the most popular cricketers in Pakistan.”

“It’s a huge achievement to win a Test series in Australia. I don’t subscribe to the view that this is a weakened Australian side. Let’s not take away any credit from Virat and his boys. The kind of consistency they have shown is indeed a big deal.”