Undaunted by chants of cheat, Australia batsman Steve Smith ignored the booing from the Southampton crowd as he scored a sublime century in his team’s 12-run victory over hosts England in their first official warm-up fixture on Saturday at the Ageas Bowl.

Smith, who smashed a 102-ball 116 in his first appearance against England since his 12-month ban, insisted that such behaviour does not faze him. He was one of three Australian players suspended last year after being found guilty of ball-tampering in the Newlands Test against South Africa.

“Everyone’s entitled to their opinion and how they want to treat people,” Smith, who top-scored in Australia’s total of 297-9, told reporters after the match. “But it’s water off a duck’s back and it doesn’t bother me. I was just trying to keep my head down, move straight ahead and do my job.” 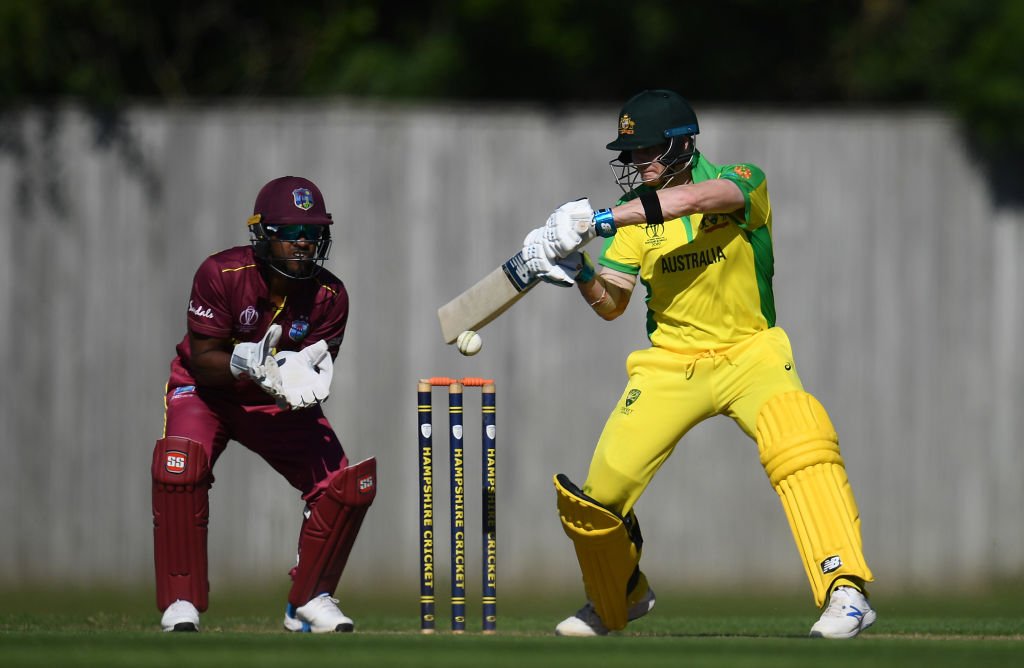 “They call it ‘white noise’. When I’m out in the middle I don’t pay attention to the crowd or what they’re saying.”

The former Australia captain is also pleased with his current form after a string of below par performances before his ban. Smith had scored 383 runs in 15 ODIs at a not-so-impressive average of 29.46, well below his career average of 41.84. But he scored 89* and 91* against New Zealand in the practice matches in Brisbane earlier this month and hit a scintillating 76 in the unofficial warm-up game against West Indies earlier this week.

However, the 29-year-old is more concerned about hitting form when the main tournament begins.

“I was actually a little bit disappointed with my one day form (before the ban),” he said. “So it was nice to spend a bit of time in the middle.

“But I’m not reading too much into it. They are just practice games but hopefully I can keep up the form as we head into the real stuff.

“I am feeling composed and calm at the crease and hitting the balls I want to, to the boundary. Hopefully I can keep it up.”

Despite feeling the lingering effects of an elbow surgery picked up in the Indian Premier League, Smith performed decently for his side in the tournament. He has been recovering well since and although he is unsure about his throwing capacity, the right-hander admitted that it will not stop him from bowling in the World Cup. 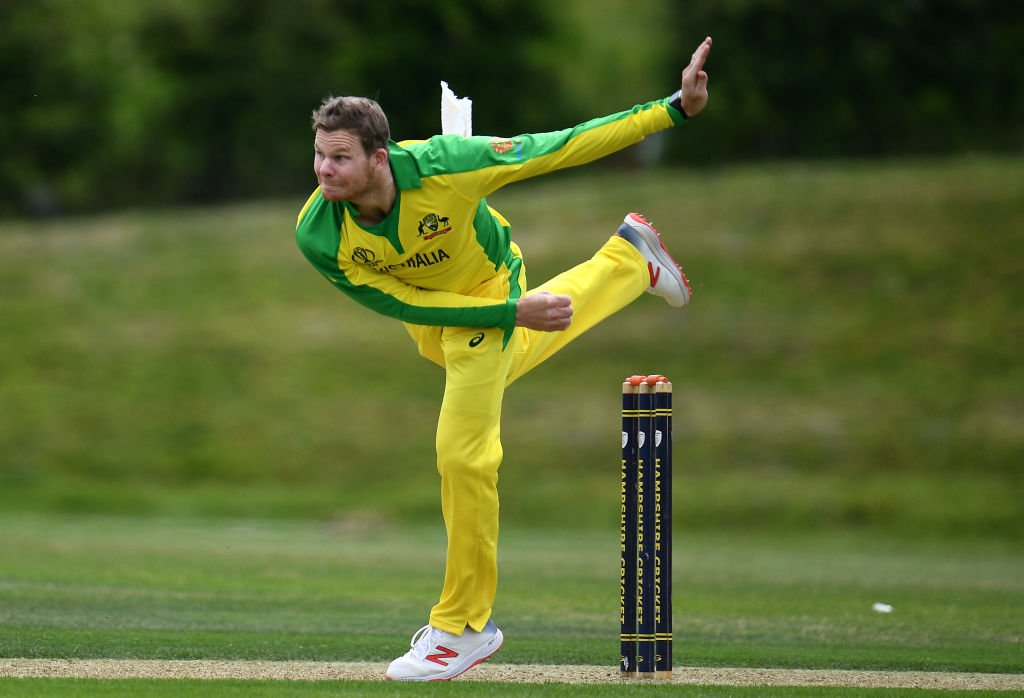 Smith said his elbow surgery will not affect his leg-spin

“The elbow is coming along pretty well. I haven’t really had to test it yet throwing-wise. I’d say I’m about 80 percent throwing-wise but I’m hoping it can progress a little bit more in the week leading up to the World Cup.”

Defending champions Australia will face Sri Lanka in their second warm-up game on May 27 before kick-starting their World Cup campaign against Afghanistan on June 1 in Bristol.