Taha Hashim dissects Australia’s batting options included and excluded from the Test squad for the two-Test series against Sri Lanka.

“Lots of chat, lots of energy, he doesn’t shut up, Marnus, but I think at the end of a long series his energy has been great, to have him around the group the last few days.”

Those were the words of Tim Paine when discussing the inclusion of Marnus Labuschagne in Australia’s squad for the New Year’s Test against India. They sounded eerily similar to the utterances of a young, and more innocent Steve Smith when he was jettisoned into the middle of an Ashes series in 2010.

“I’ve been told that I’ve got to come into the side and be fun,” Smith said. “For me, it’s about having energy in the field and making sure I’m having fun and making sure everyone else around is having fun, whether it be telling a joke or something like that.”

When discussions emerge surrounding an energy crisis in Australian cricket, you know things are bad. For those wishing to embark on a trip down memory lane, Smith’s “fun” was of little help as the English laughed their way to a famous 3-1 series win.

It was a home summer that saw mystifying decisions from the Australian selection think-tank: the naming of a 17-man squad for the first Test, the innocuous left-arm spin of Xavier Doherty and Michael Beer, and the inclusion of energy bunny Smith, not yet the Bradman 2.0 that the world has come to know. 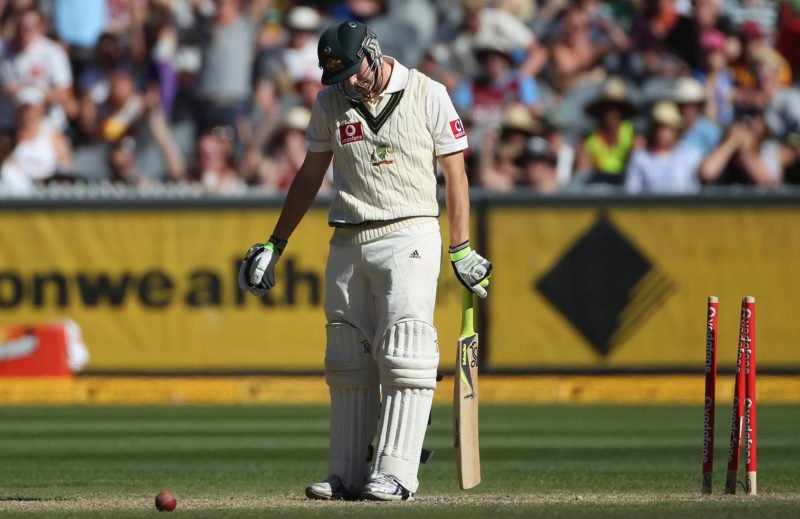 In the aftermath of that series came the Argus review into Australian cricket. An acknowledgement of selection mishaps was made with the introduction of a new five-man selection panel, one that included the Australian captain and team coach. It was quite simply a nadir for a nation that had spent the previous decade on top of the world.

Fast forward eight years and Australia’s selectors have had an equally strange summer, aiding India in their successful efforts towards becoming the first Asian side to win a Test series Down Under.

Now, where to begin? Over the course of four Tests against India, Aaron Finch, a middle-order batsman for Victoria in four-day cricket, was dropped after an unimpressive showing at the top of the order. Peter Handscomb was picked for two Tests, dropped, and then picked again. Mitchell Marsh was left out for the first two Tests after featuring in the UAE, chosen for Melbourne and then discarded once more for the Sydney Test.

Ricky Ponting has a solution to ease the growing tension between Australia players and selectors ⬇️https://t.co/K8XZuEbIgC

Amidst this game of selection hopscotch, Labuschagne’s inclusion for the final Test came after a Sheffield Shield return of 254 runs at 28.22 this season, following on from 81 runs at 20.25 in the UAE, batting in positions 5-7.

Like a young Smith, Labuschagne has raw qualities in all three aspects of the game but no one is yet to uncover what type of cricketer he will become. Picking him as a Test-match No.3 against the likes of Jasprit Bumrah and Mohammad Shami, albeit with it resulting in a hard-fought 38, was throwing him in the deep hoping he could swim, when statistics pointed to him most likely sinking.

Beyond elite honesty, there is the extraordinary desire for players of potential, energy, a certain character
With the squad for the two Tests against Sri Lanka announced, another grand redesign of Australia’s batting line-up has come about. Despite utterances of the Sheffield Shield batting cupboard being a bare one, Australia’s selectors – Justin Langer, Trevor Hohns and Greg Chappell – have taken a closer inspection and recognised that lo and behold, they do have a steady array of options at their disposal. The selection of Joe Burns is one that is far overdue.

Burns averages 36.76 from 14 Test matches, with three hundreds to his name – satisfactory but not eye-opening. Nevertheless, prior to Australia’s tour of Sri Lanka in 2016, Burns’ standing was high, his 10 Tests till that point seeing him average 49.29, and a 170 against New Zealand at Christchurch all but proving his chops as a Test batsman. 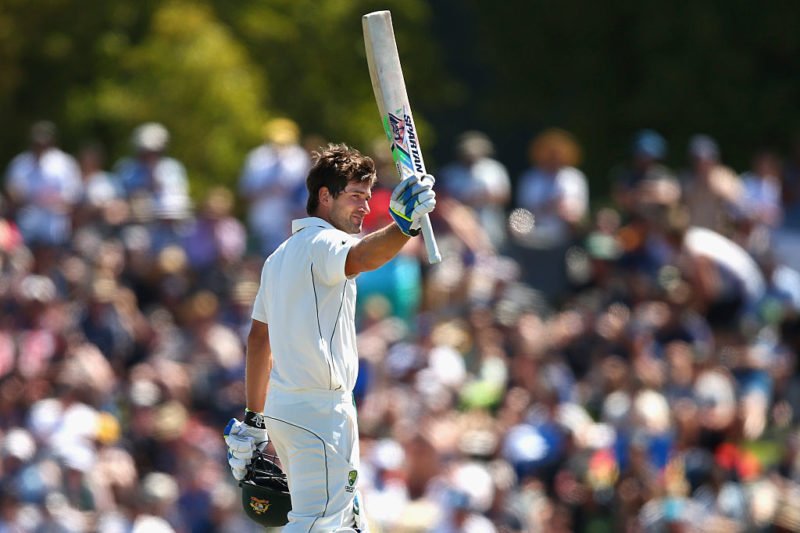 Two Tests in the subcontinent were to prove his downfall, his four innings returning just 34 runs before he was discarded for the final Test. And yet, this was a tour which saw just five 50-plus scores from the Australian batting unit.

Two Tests against South Africa have been his only appearances since, and in this year’s Sheffield Shield he averages close to 50, with four half-centuries to his name. He should have been pencilled in for the India series. In Australian conditions, Burns makes runs.

Related Story: Out-of-form Smith, Burns face cheeky fan banter for poor form
But perhaps that is where the selection process of Australian cricket can truly defy the simplicity of the game. Sometimes it appears that runs and wickets aren’t enough, for Australian cricket seems entrenched in a jargon of buzzwords. Beyond elite honesty, there is the extraordinary desire for players of potential, energy, a certain character.

After Matthew Wade displaced Peter Nevill as Australia’s wicketkeeper after the second Test against South Africa in 2016, Steve Smith explained the following year that Nevill lacked a vocal presence out in the middle*. In regards to Wade, Smith praised the wicketkeeper’s ability to provide “good energy”. A blind eye was obviously turned to Nevill’s fighting 153-ball 60 in the first Test, with words placed higher than actions. The New South Wales gloveman has not featured for Australia since. 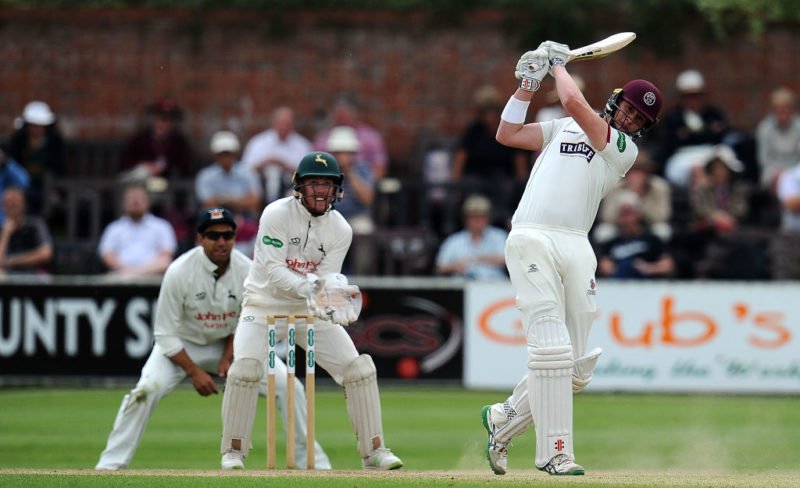 The return of Renshaw (right) is a welcoming sight

It does appear that Australia’s selection panel are in recognition of their errors – the selection of Burns is accompanied by that of his Queensland teammate Matthew Renshaw, who has shown in both international and county cricket what a fine player he is. Renshaw’s 513 runs at 51.30 for Somerset last summer, including three centuries, are numbers that cannot be ignored when Australia tour England later this year.

The inclusion of 20-year-old Will Pucovski demonstrates the perfect ideal for a selection panel – youthful potential has been backed by 311 runs from just three innings this season in a career that is just eight first-class matches old. Having recently returned from a battle with mental-health issues, it may be seen as a premature call. Nevertheless, one can only wish the young man the best of wishes as he ascents to the pinnacle of Australian cricket.

How Maxwell must view Ed Smith’s handling of Jos Buttler and wish he had a similar guiding light
The headline-grabber remains the continued disappearance of Glenn Maxwell, demonstrating that only a halfway revolution is in order. Few cricketers have been treated with such disdain by selectors, who now claim that Maxwell should maintain his focus on white-ball cricket for the near future.

For a man who has reached three-figures in all formats for Australia, such an announcement is rather puzzling. How Maxwell must view Ed Smith’s handling of Jos Buttler and wish he had a similar guiding light to help him through the murky waters of Australian cricket. He may now go through his entire career without the opportunity of wearing his Baggy Green on home soil. For the neutral it is a crying shame; for Australians, it should be considered a travesty.

Related Story: Out-of-form Smith, Burns face cheeky fan banter for poor form
Two Tests against a relatively poor Sri Lanka side await. A home series win is probable, and it is likely that all worries will be forgotten for a small period of time. Nevertheless, if the desire for “energy” over runs returns for the Ashes, it is likely that the urn will be finding its way back to English shores.

*Updated to clarify when Smith's comments were made.