At the end of a deathly one-sided series that ended with Joe Root on his sickbed, Phil Walker looks at where England go from here.

When the end finally came, Joe Root was asleep in the England dressing room, ill as dogs, curled up in a ball. The prosaically icky truth is that Root had contracted some viral gastroenteritis thing – seizing him last night and poleaxing him this morning.

Still, this being Root, he got to the ground just before the start, and duly tiptoed out to bat at the fall of Moeen Ali’s wicket.

The hour or so that he batted – unflustered yet ghostly, the gait aged, movements minimal, the ‘busy’ persona abandoned to the needs of survival – was staggering. That he registered his fifth fifty of the series, and got through unbeaten to lunch, was staggering. Even the way he staggered was staggering. He must have been sleeping standing up. 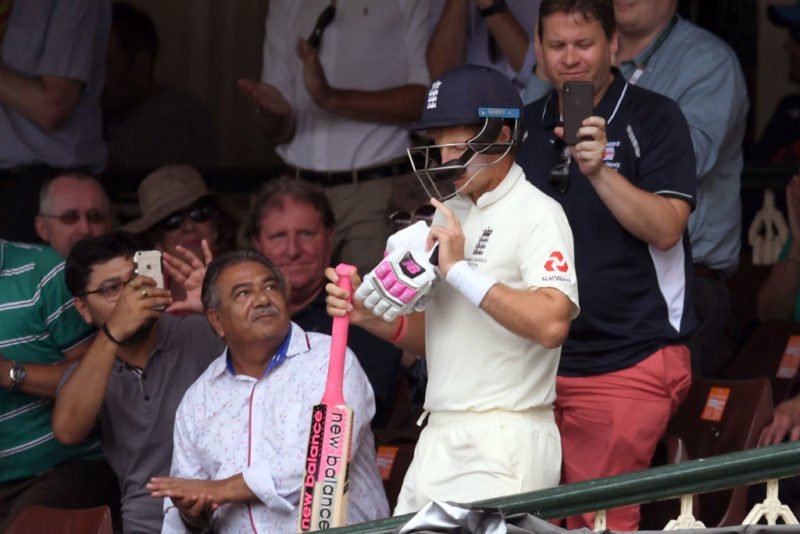 Few expected to see Root walk out when he did

But it was only really when he didn’t come out after lunch – and the full extent of his condition, dipped in the lava of yesterday’s heat and the accumulated miseries of the last two months – began to emerge, that we became aware just how staggering the last day of Joe Root’s 2017/18 Ashes series was.

What a match he has had. In fading light on the first evening, just a few more bullets to dodge, he sank to his knees on 83. It was unbearable to watch, almost literally. Dragging himself off, he was met by his teammate, the second best player in the team, striding out in place of a nightwatchman. A few minutes later, Root would be followed in to the dressing room. England had turned a cautiously promising position into an abject one. Five down overnight, game over; except that they would be forced to field for 193 overs.

“I hope the guys in the dressing room are hurting as much as I am, it’s a horrible feeling”

Take a few minutes out to watch an open, honest and revealing Jimmy Anderson on England’s #Ashes struggles…#ItsTheAshes pic.twitter.com/mPDoIJbskM

One innings spanning six-and-a-half sessions, with mild surprise that Smith, under no time-pressure to do so, chose to declare? No, please. Not these days, not any more.

The game needs to get real. Test cricket is in serious trouble if it thinks anyone wants to see that. This has, let’s be honest, been the most boring Ashes series in living memory – a one-sided plod on useless pitches, like watching an inflight film caught on a loop, or, I don’t know, a montage of angry people shouting something like BEAT ENGLAND into a camera lens, fading out with a sneering four-year-old, before running it all again.

Not a big deal but I’m not a massive fan of seeing/hearing little kids screaming “Beat England” on the big screen. Much prefer the more positive/encouraging support of your own side. Seems odd coming from small children. Felt the same about “Bully the Bully” in India.

The grandeur of the spectacle has been badly served by the fare on offer, and as a consequence ‘The Ashes’ has lost a little lustre; but then it’s so disproportionately hyped that this is no bad thing. Over in Cape Town, meanwhile, India and South Africa have been going hard at one another in a screamer of a contest, reminding us that there is much life beyond this self-perpetuating pageant we hubristically declare the fiercest rivalry in sport.

New Zealand, with its university grounds, and grassy knolls sprinkled with folks who actually just want to watch the cricket, must seem like heaven for this England team just now. The question is which bunch they should take there. There are two Tests, at Eden Park under lights, and the Hagley Oval. Here is my team for the first Test:

The Melbourne epic brought him another six months if he wants it, although it’s not absolutely clear if he does. He admitted to being hurt and frustrated about his form in the first three Tests before the unbeaten 244 at the G, but two further failures at Sydney may have checked him again. One post-fifty score in nine Ashes innings is a worry, but he is still a titan of this team – as evidenced by the stirring speech he gave in the Perth dressing room at the end of that one.

Eight Tests now, for a highest of 56. He needs runs, but he’s shown just enough to be given a further run. He can appear closed-off against the short stuff, with no pull/hook out-shot, but in mitigation, he’s not faced a sustained barrage like this before. His fifty on day one at Brisbane – playing just one false shot all session – confirmed that he has the stomach, and the defensive technique, for the fight. The question is whether he’s got enough of the other stuff. 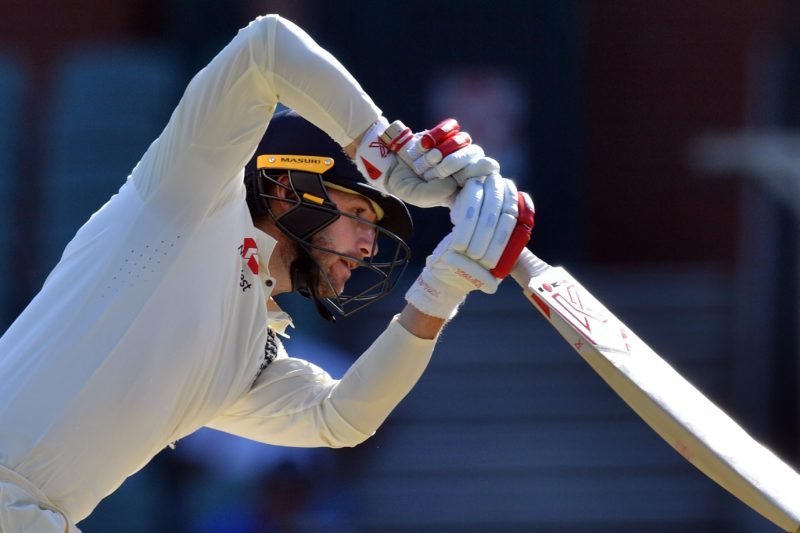 Mark Stoneman needs a big score but deserves another chance

Sorry Joe, you’ve got to take one for the team here.

This series has confirmed yet again that Bairstow is simply too valuable with the bat – and England’s top-five too flimsy – for him to be buried somewhere down the order. He won’t like it, but the gloves are going and he’s becoming that middle-order linchpin. It’s ridiculous that the last innings at Sydney was the first time he and Root had batted together all series.

The find of the tour. Solid, plays within himself, organised, can ride the short ball, and has enough shots to change gear. Needs to rotate the strike better, but a decent slab of stickability in that middle order. 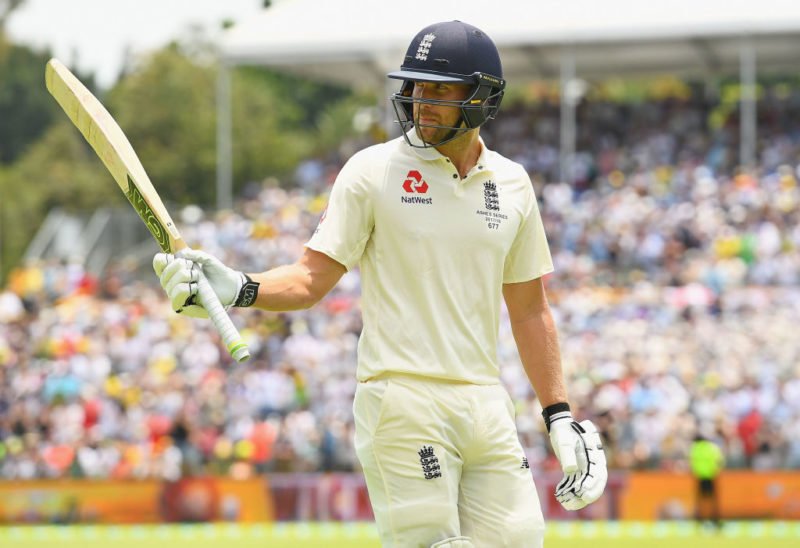 If Stokes is still otherwise engaged, it’s Livingstone at six. Expansively talented, ultra-modern, and he plays spin well, as demonstrated on a personally successful Lions tour to Sri Lanka in 2016/17. Still averages a tick under 50 in first-class cricket despite an uneven 2017 summer, and has just been handed the Lancashire captaincy.

A teenage starlet turned consistent big-match county player, with an understated swagger, Lions hundreds and a first-class average of 42, he’s toured Australia here and not got a game, although he was very close to playing at Sydney. As a keeper, Alec Stewart thinks he’s the best in the world.

He’s played a lot of cricket in the last two years, and this series, hard though he tried, was a chastening one. Needs to rediscover the nip that made him irresistible in 2016, but of all the support cast behind Anderson and Broad, he’s still the most likely to step up when they finally go. 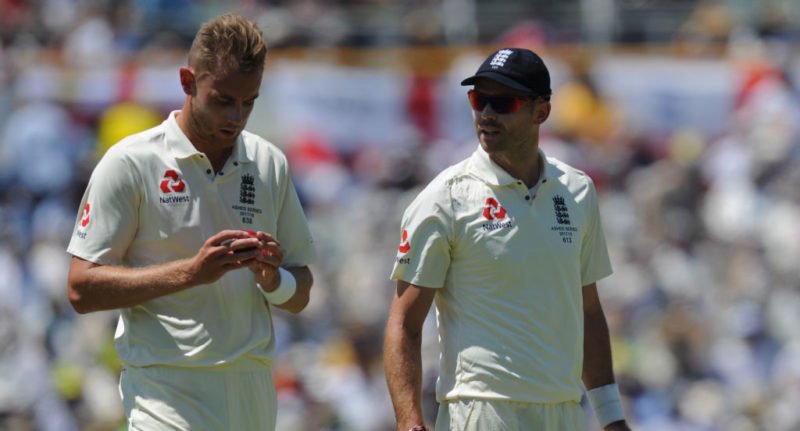 A huge six months. These Tests, on helpful surfaces, will tell us much about his readiness to take on India next summer – a team whom he tends to enjoy facing. Bowled maddeningly containing stuff for most of the Ashes, only coming alive in spurts at Melbourne, and wasted the new ball at Adelaide by refusing to live a little and encourage the drive. He holds on here by a whisker.

Why not? Spinners don’t dominate in New Zealand, but leggies can make something happen anywhere. The Sydney experience will make him stronger. He showed immense courage to come through that match, and bowled much better than his figures suggest. He seemingly got Khawaja out about seven times, before finally nailing his man. It’s a fool’s errand whoever gets the slow-bowling gig next summer against Kohli and co.; it may as well be a leg-spinner with guts who can field and hold a bat. These two Tests, relatively low-profile, will be useful for his progress.

As lithe, fit, parsimonious and cranky as ever. Bowled more overs than any other seamer on show, and was still scrapping and arguing on the final day of the series when he nicked one to the keeper. A marvel.

Related Story: Report: Stuart Broad was ‘close to retiring’ after being dropped for West Indies tour

(Caveat: If a certain ginger-haired all-rounder is made available, that opens up other options, namely Mark Wood, who would offer something different, as a shock bowler. He’s been monitored closely for the last month in Australia, and the word is that he’s looking good and strong. If Stokes is back, Wood should be unleashed, in place of Woakes.)