Steve Smith has admitted the thought of the late Phil Hughes was one of the first things that rushed through his mind after he was felled by a Jofra Archer bouncer in the second Ashes Test at Lord’s.

Smith took the hit on the fourth day, and though he returned to the field after passing concussion tests an hour later, he was ruled out of the final day of the match and subsequently the third Ashes Test at Headingley – a thriller that England won by one wicket.

The moment had echoes of the fatal incident in 2014, when Australia batsman Hughes died after a bouncer struck him on the back of his neck during a Sheffield Shield match. Smith revealed that onlookers weren’t the only ones to recall that occasion in the immediate aftermath of Archer’s bouncer.

Even though he’s missing the third Test, is it already ‘Smith’s Ashes’?

“I had a few things running through my head, particularly where I got hit,” said Smith. “That was probably the first thing I thought about. Then I was like, ‘I’m OK here’. I was a bit sad, but I was alright mentally for the rest of that afternoon.”

The incident opened broader discussions on cricket’s preparedness for handling concussion-related injuries and safety protocols, with the decision to allow Smith to continue batting an hour after taking the hit was criticised widely, especially in light of Smith being subsequently ruled out for the battle in Leeds.

Smith revealed his Headingley omission was precautionary, more than anything else. “It was a bit of a slow process, you’ve got to tick off a few different boxes, so I had to get through a brisk walk on the first morning of the game,” Smith said.

“I did some running on the treadmill … and was OK, so I progressed into some high-speed running, and faced a few of the flickers, and then faced bowlers. [I faced] Mitch Marsh and [Michael] Neser in the nets, so reasonable pace. I felt like I had plenty of time and everything felt normal.” 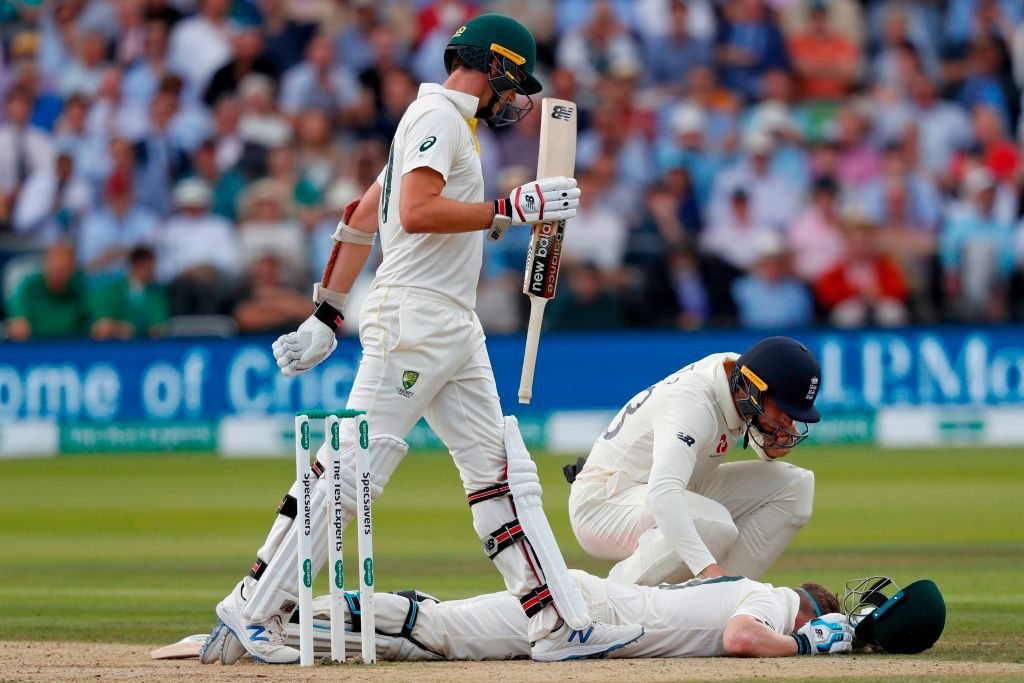 Smith took a hit from an Archer bouncer

Smith had scored 144 and 142 to first rescue and then power Australia to victory in the first Test at Edgbaston, but Archer’s involvement in the second Test meant Smith was less effective during his knock of 92. However, amidst all the talk that the England pacer had his number, Smith pointed out that the Barbados-born bowler is yet to dismiss him.

“There’s been a bit of talk that he’s [Archer] got the wood over me, but he hasn’t actually got me out,” said Smith. “He hit me on the head on a wicket that was a bit up and down at Lord’s. All the other bowlers have had more success against me, I daresay. I’ve faced them a bit more, but they’ve all got me out a lot more.”

Smith will return to the field for the three-day practice match against Derbyshire, starting on Thursday.