England opener Rory Burns is confident that his teammate Jason Roy will come good soon, despite the batsman’s seventh consecutive failure in the Ashes series.

Roy, who moved down the order after his struggles against the new ball, scored 22 before he fell to Josh Hazlewood, as England went to stumps at 200-5 at the end of the third day’s play in the fourth Test at Old Trafford.

He had walked in when Hazlewood was in the middle of a fiery spell of fast bowling, having had Burns caught in the slips on 81. Playing out 10 balls, he unleashed a cover drive off Hazlewood to get off the mark. He went into double digits for the first time in the series, before Hazlewood flattened his middle stump with a sharp in-swinger, dismissing him for the third time in the series.

Burns, though, defended his former opening partner. “It was disappointing and it wasn’t a bad ball either,” he said of Roy’s dismissal. “He’s all right. He’s still the same old Jason, which you like to see. He hasn’t changed in terms of how he is off the park and that’s a good thing. He got a start and would have liked a few more, but it is something to build on.”

Earlier, a 141-run stand between Burns and skipper Joe Root had stabilised the England innings in their pursuit of Australia’s 497-8. However, Hazlewood, who had removed nightwatchman Craig Overton, struck thrice in the final session of play to dent England’s progress. 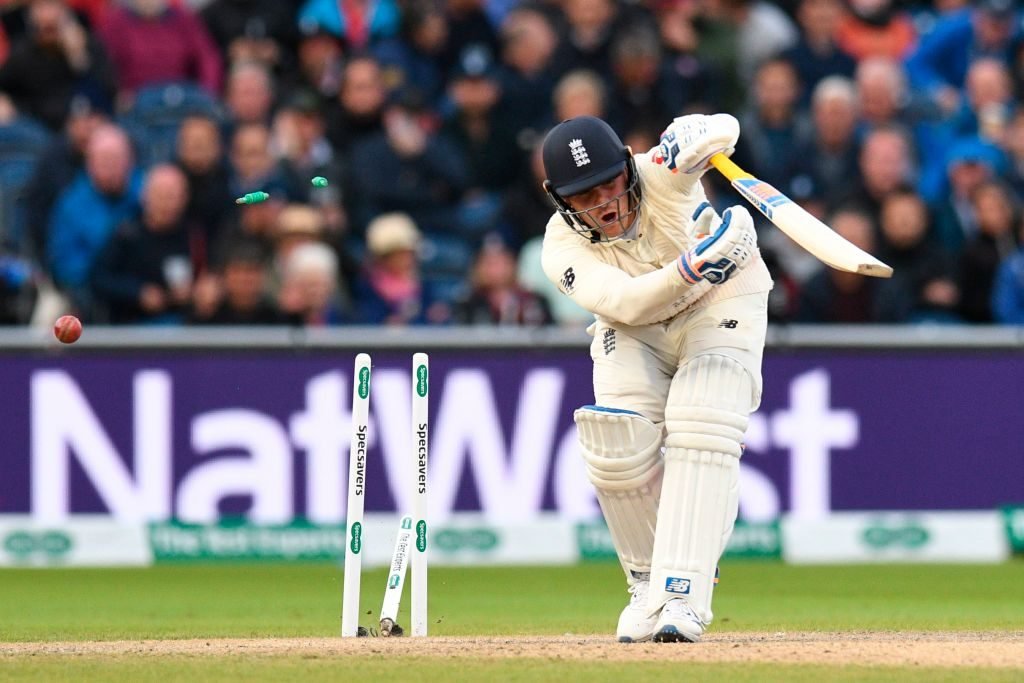 Burns is hopeful that a few good partnerships will help his side fight their way back into the game. “It’s pretty clear for us, there’s a follow-on to get past and try to get the score as close as we can,” the left-hander said.

“We’re in a fight and it’s very obvious what we need to do. A couple of good partnerships and then we are up close to them, and we’re asking them to make a play. We have got to look at it from a positive aspect. The way Headingley went, anything is possible.”

Related Story: ‘He doesn’t need to make up shots’ – Hussain on the tweaks Stokes needs to improve

The Surrey batsman was targetted with short-pitched stuff by the Australian quicks on quite a few occasions during his 185-ball stay at the crease. Yet, he continued his resistance till the 65th over.

“They set out pretty clearly what they wanted to do on a surface that wasn’t offering masses in terms of seam movement,” Burns said. “It is probably not a bad plan but, like Steve (Smith) said, you are not worrying about your off stump too much. You can get in and under stuff, and bat long periods of time.

“It was a scrap, mentally challenging, but one that was quite enjoyable.”