Phil Walker examines the international struggles of Rory Burns, who could be the latest in a line of county openers to fail to make the step up to the top level.

Cricket has a pitiless sense of humour. The most prolific opener in county cricket tiptoed into Lord’s last week in a state of deepening unease. For the first time in over half a decade, Rory Burns had found himself short of summer runs. Here, on the one hand, was the culmination of a singular and in many ways inspiring career. A maiden home Test match, at the Home Of. But it would be taking place on a “substandard” greenish one, and a week before an Ashes series, and with his game in a rut. He needed runs. Instead, the No.11 got them.

Burns made 6 and 6, from 25 and 26 balls, with no boundaries. He was caught behind on both occasions, once playing with an angled bat to mid-on, and then, in the second innings, the bat flapping madly, the feet stuck in peat, defending pointlessly to extra cover. And it didn’t stop there. It never does.

In a further twist of the knife, Burns’ unravelling in the second dig was made all the more harrowing by the chirpiness elicited by Jack Leach at the other end; as Burns searched high and low for an outlet of any kind, a four-ball, an inside edge for three, anything, every Leachian squeeze behind square or bunt through mid-wicket served up another reminder of the game’s cruel sense of the absurd. The jokes were obvious, and relentlessly made. One batted with nothing to lose. The other with his world on the line. There was a further irony that Burns faced bowlers at Lord’s who he deals with every week on the circuit. He was undone not by alien talents, but wearily familiar ones. 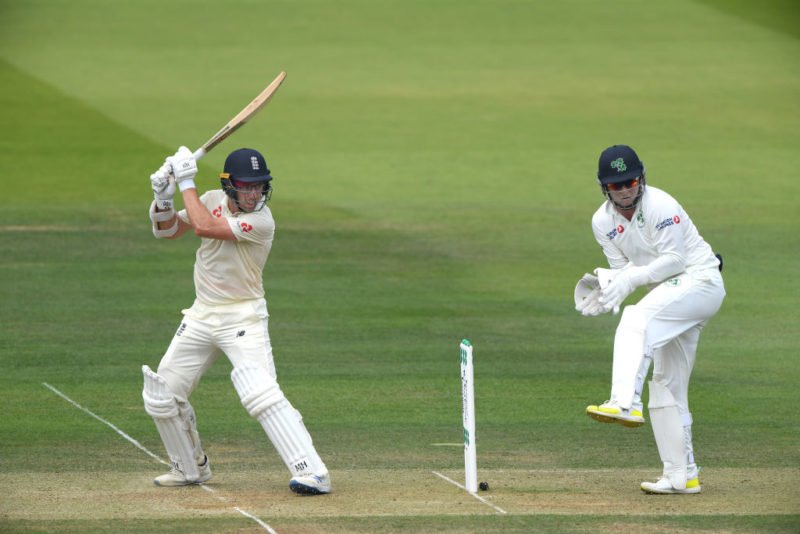 It had been coming. In his four most recent first-class knocks at The Oval, something was amiss. For starters, his team have been scrabbling for form, leading one to wonder if the inversion of swagger evident in his charges may have begun to trickle upwards. But Burns, the captain, compartmentalises very well. He doesn’t give much away. He neither gets too excited nor too glum. As with many cricketers who have forged their own path to the top, he asks little of the game and expects even less.

It was more a rhythm thing. The transference of weight onto his nimble front foot seemed slightly off kilter, resulting in the old two-step drive, not quite to the pitch. There were edges down to third man, and fencing off the back foot with a straight bat where in normal circumstances he’d be rolling his wrists and cuffing it behind square. Even the unflustered process of hip-tucking accumulation – and Burns in form is a world-class leg glancer – seemed a little clogged up, as can happen when form leaves the building. The lines, after all, are so slight.

He’s the kind of player you root for. But in a results business, runs are the only currency in town, and Burns is currently panning for pennies

In these matches against Warwickshire and Kent he made one duck and got three starts. He nicked off to the keeper on three occasions. The week after the Kent game, on a raging turner at Trent Bridge, he made 22 and 5, twice leg-before to a spinner. It had already been that kind of month. “One of those”, as he put to me, demonstrating the opening batsman’s survival philosophy. And then came Murtagh at Lord’s.

And so we revert to the age-old questions. Why does English cricket find opening batsmen so hard to come by these days? There is much talk of balls. Of hazardous Dukes’. Batsmen will say that those rouge harbingers have done more in the last two seasons than ever before. Alastair Cook recently said as much on the radio. (Cook, incidentally, has one hundred from 10 Championship matches this season.) The seam on the Dukes used in county cricket this year is not as pronounced as it was last season (when Burns topped a list of five batsmen to make 1,000 top-tier runs). Yet the Ashes balls will see a reversion to the old batches, with the seam proud and prominent. England’s senior bowlers saw to that. The bowlers will dominate this series. 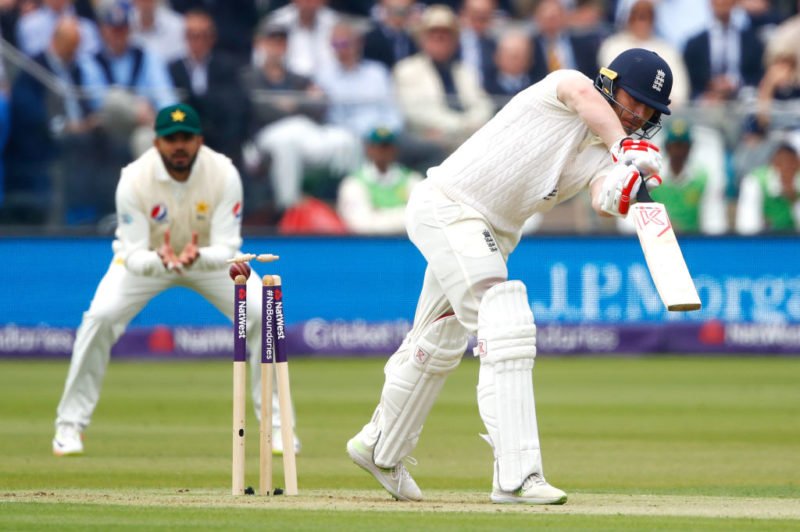 Others talk of spicy pitches, tailored to results. Others still look, with good reason, to the evolvement of techniques, first to incorporate short-form cricket, and latterly to prioritise it. But this point is barely applicable to Burns. Or for that matter to Keaton Jennings, Sam Robson, Haseeb Hameed and others who have been tried. They are all four-day players, with the rest coming as an afterthought.

There is a yawning gap between a technique forged over time to combat the vagaries of batting in England with that required to deal with true pace. Take Mark Stoneman, one of 10 legit openers tried since Andrew Strauss to average in that no man’s land between 20 (Lyth) and 32 (Hameed). Stoneman was a defensively sound, free-flowing off-side player in English conditions rendered shotless after a few barrages in Australia. They discovered that he got closed off to the short one, and resorted to bombing him remorselessly.

Good teams home in on weaknesses. It’s why Michael Atherton says, with only a smidgen of wryness, that the first 12 months of a batsman’s international career should be the easiest.

A little under a year ago, Burns was the overwhelming choice. Seven Tests and two (good and promising) half-centuries later, he’s hanging in there, just, for the biggest match of his life. When Sky’s cohort of former captains got together to pick their XIs for Edgbaston, none went with Rory Burns. Before the Ireland match, they would all have picked him. It’s terrifying how swiftly the game can spit you out. 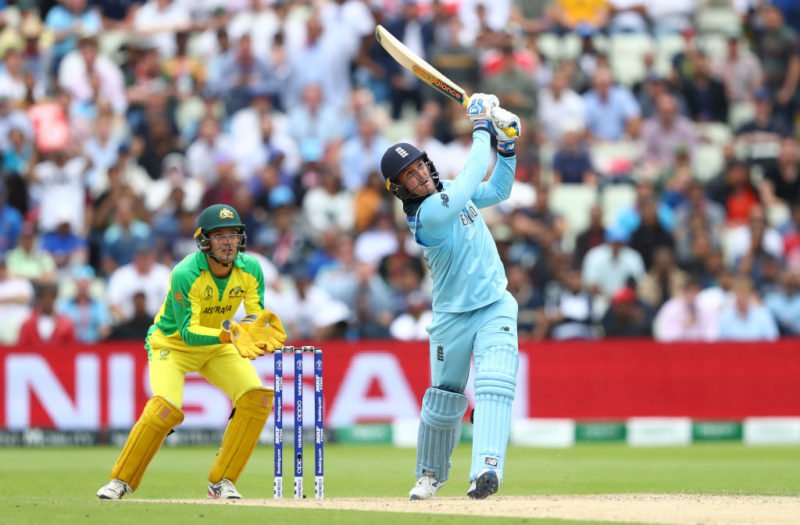 On the telly, in another sphere, Jason Roy was batting like a Marvel spin-off

A little before his home debut, Burns told me that his game was “not far off” – by which he meant that it wasn’t quite there either. It so happened that we were talking just as Jason Roy was going bananas against Australia in a World Cup semi-final. There we were, discussing the cuts and thrusts of the county treadmill, the essential value of “staying philosophical” as an English opener, and his frustrations at having yet to nail the big statement score in Test cricket, while on the telly, in another sphere, his best mate was batting like a Marvel spin-off. The irony was not hard to detect.

Burns’ self-made story should be one to celebrate. A batsman who’s found his own way to the top. A run-maker of immense consistency and a homegrown Championship-winning captain.

He thinks hard about the game, and his own. The way he bats is testament to that. He’s the kind of player you root for. But in a results business, runs are the only currency in town, and Burns is currently panning for pennies. His international career hinges on next week.