There is optimism surrounding England, with Jofra Archer set to take the field for the second Test at Lord’s – the scene of his Super Over heroics in the World Cup final – but Australia paceman Pat Cummins has downplayed his effect, saying, “he is not an unknown”.

Archer will replace the injured Jimmy Anderson in the XI. Anderson pulled up with a recurrence of his calf injury at Edgbaston, after bowling just four overs on the opening day. England virtually played the rest of the Test with ten men, and the loss of their primary wicket-taker was telling, as Steve Smith scored 144 and 142.

“It’s unfortunate for them that [Anderson] went down early in the first game. It’s no secret that he is a massive loss,” Cummins said. “He’s been their highest wicket-taker and is arguably the best bowler in the last few Ashes series. As soon as he went down, I felt like there was a real opportunity in the second innings to try and get some overs into their bowlers and bat well. Luckily, we did.” 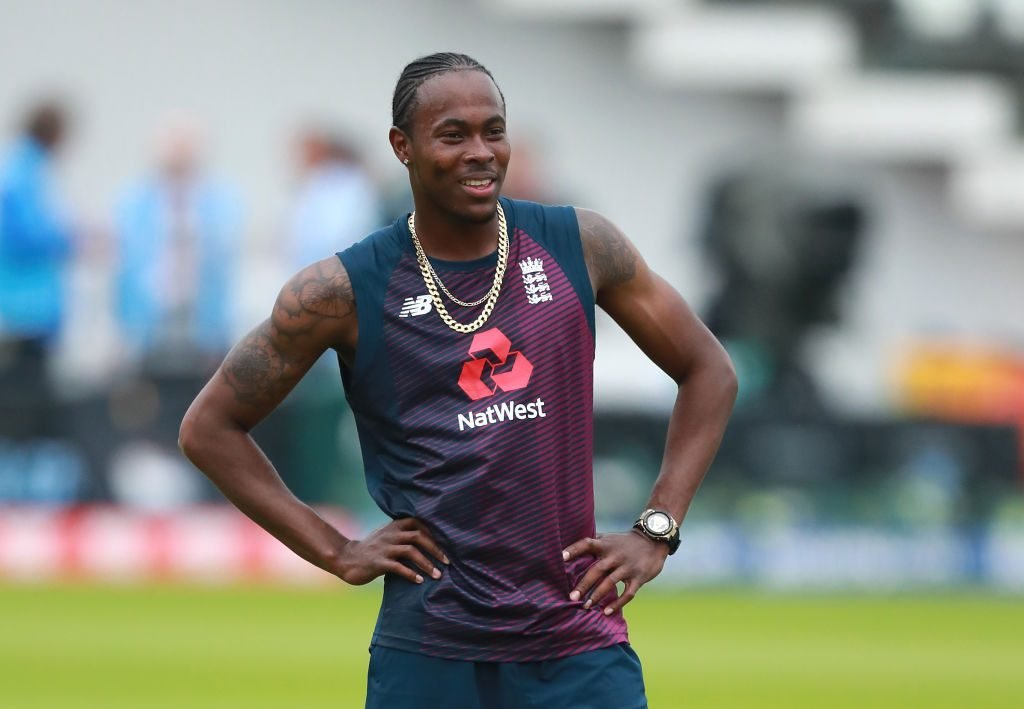 However, with Archer set to step in at Lord’s, England have something to cheer about. The tall paceman is yet to play Test cricket, but has 131 wickets in 28 first-class matches, and the hope is that his significant speed and bounce can derail the dangerous Smith.

But Cummins stressed that the Australian batsmen were familiar with Archer, through T20 franchise leagues the world over. “Some of the boys have played against Jofra at the World Cup, or with him in the IPL or Big Bash League, so he is not an unknown,” Cummins said. “We’ll do our homework, but we’ve all faced him.”

Moeen Ali is dropped for the second Ashes Test that starts next week.

James Anderson and Olly Stone are ruled out with injury.#Ashes pic.twitter.com/H2yC8lVyU6

Jack Leach, who replaced Moeen Ali in the squad for the second Test, will be another new face the Australian batsmen have to contend with, and Cummins was wary of him. “It might seem like a big call, but Leach had a good game [against Ireland] only a couple of weeks ago,” Cummins said.

“We’ll just keep doing our thing. The good thing is we have a full squad to pick from. The unfortunate guys who had missed out on the bench have done well in the warm-up games. Whoever is the 11 that comes at us doesn’t really bother us too much.”

The second Test begins at Lord’s on Wednesday, August 14.