England might have been made to suffer by Steve Smith and Nathan Lyon in Birmingham, but Australia captain Tim Paine warned the hosts that the duo could do a lot more.

Smith played the pivotal knock in the match in the first innings, helping England recover from 122-8 with a 219-ball 144 – a century in his first Test in 16 months. He followed that up with a 142 in the second innings, as Australia set England 398 to win. Lyon then took over, returning 6-49 to subject the hosts to a 251-run defeat.

Now that the marker has been set, Paine said more of the same should be expected from the two. “I feel like every Test match or series they seem to get better which is astonishing at their age,” he said. “But I think if you come and watch both of them train, you see why they keep improving and keep getting better, and are a great example for the rest of our group.”

Nathan Lyon will likely finish this Ashes series as Australia’s third-highest wicket-taker in the history of Test cricket.@cricvizanalyst‘s @patnoonecricket looks at how Nathan Lyon spun Australia to victory today at Edgbaston.https://t.co/wK7G4h2P63

Paine added that, for Lyon, “the ball is coming out as well as ever” and tipped him to be a decisive force this series. “Nathan has played on all different surfaces now and knows exactly what he is doing in all different situations,” said Paine. “He bowled a bit quicker, he controlled it beautifully, and he is going to be a real threat. He can take day five wickets, and when you have a spinner like that it can change a game very quickly.”

The return of Smith, and David Warner, has proved beneficial to Paine in other ways. Having shouldered a lot of the captaincy burden over the last year, he is now in a position to delegate. “Both of those guys, in particular, have played a lot more cricket in England than I have. They’ve played a lot more big tournaments and big series and big Tests than I have,” said Paine. 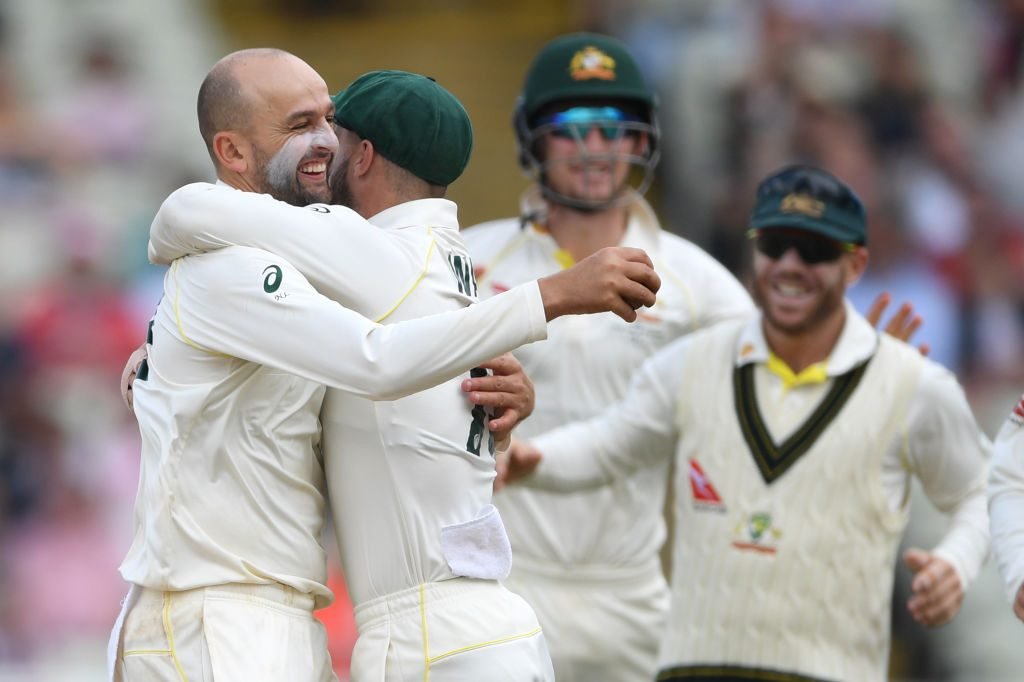 Paine on Lyon: “When you have a spinner like that it can change a game very quickly.”

“The things that Marnus Labuschagne, Mitch Marsh and Travis Head are learning from Steve Smith and Daivd Warner in our change room is stuff that cannot be taught. We’re all tapping into them whether we’re the captain, the coach, the batting coach or bowling coach.

“They’ve got things they’ve learned through experience that other people don’t have or don’t know. We’d be foolish not to tap into that. They’ve still got a huge presence in our dressing room, there’s no denying that.”

Australia will now play a three-day tour game against Worcestershire from Wednesday, before the second Test gets under way at Lord’s next week.