England’s best batsman and captain has a point to prove like never before, says Ed Kemp.

Joe Root is an excellent player. One of the four modern greats – alongside Steve Smith, Virat Kohli and Kane Williamson – who currently captain their national teams.

But as the most recent to take over the reins of leadership, Root now faces his biggest challenge yet as he takes England into the second Ashes Test 1-0 down.

He has proven himself as one of the world’s toughest and most skilful players, against the best bowlers on the planet. But his rivals – just look at world No.1 ranked Test batsman Smith – have marked themselves out by constantly getting better and better, and by winning matches for their countries on a regular basis.

If Joe Root’s celebrating a ton as part of an England win next week, it’ll surely be the best moment of his remarkable career to date

Root’s conversion rate from 50 to 100 (28.2 per cent compared to Smith’s 50 per cent), as has been documented, needs improving rapidly for him to remain grouped with the rest. During the Brisbane Test it was also highlighted that he appears to have developed a potential weakness against the full, straight delivery. A well-made 51 in the second innings, where he fell to just that from Josh Hazlewood, was nowhere near enough, and disconcertingly, the dismissal carried echoes of the way he got out in the first innings, also lbw falling over in the shot.

Bigger returns by Root are essential for England’s chances of victory. The only way for the Ashes tourists to protect their tail and stay in games is to bat long, give their own bowlers something to bowl at and tire out Australia’s physically fragile pace attack. For that to happen Root and Alastair Cook have to score big runs. 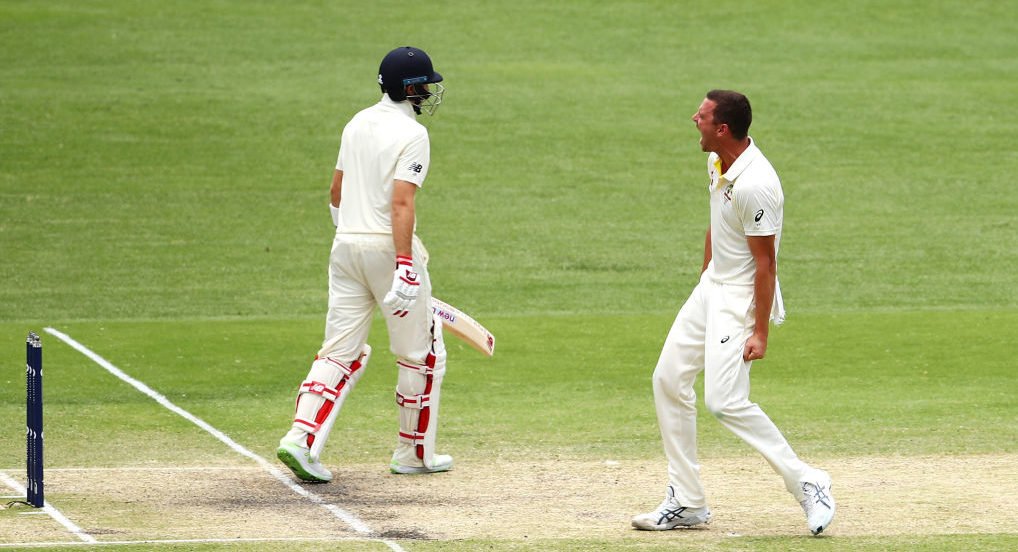 Undone for 51 by Hazlewood in Brisbane

Root knows all this. He knows that his opposite number’s masterful innings practically won the game for his team. He knows his own side depend on him immensely as a runscorer to put them in a position to win games.

But he’s also in charge of a team who’ve just been beaten by 10 wickets and are going into their second ever day/night Test match against a pink ball that moves considerably under lights in Adelaide. He’s also had to navigate the fallout from Jonny Bairstow’s head-butt and the resulting curfew on his squad, and faces a hostile home media for the remainder of the tour. Though he won praise for his creative captaincy for part of the first innings, he was criticised too; Smith and Pat Cummins were able to take the game away from England in a match-turning period on the third afternoon when neither James Anderson nor Stuart Broad were called upon for an hour after lunch. Neither captaincy nor batting can feel particularly straight-forward for him right now.

Related Story: Catchin’ Sachin: The records still in sight for Joe Root as a Test batter

All these question marks will be erased if Root can make a big hundred in Adelaide. Given his immense skills, determination and calm head, you wouldn’t be surprised. And he has form there: on England’s miserable 2013/14 tour, a series in which Root was dropped by the end of it, he still made a classical 87 in the second innings at Adelaide. Of all the pitches in Australia, this one should suit him best. But the pressure is huge – perhaps bigger than ever; the England team and their fans desperately need him to, and he’s probably never wanted it more.

Root’s ascent to greatness has been predicted for some time now but no English batsman has ever achieved that accolade without scoring heavy runs in Australia. Last time around, it proved too much for him. If Joe Root’s raising both arms – helmet off, overhand smash – celebrating a ton as part of an England win next week, it’ll surely be the best moment of his remarkable career to date.