Jimmy Anderson will not be “giving up” on making a return to Ashes this series, and admitted the thought of missing more matches is “driving me nuts”.

Anderson bowled just four overs in Edgbaston before a recurrence of a calf injury – first sustained early in July – on the opening day ruled him out for the rest of the match. A second scan has since confirmed Anderson will not be able to take part in the Lord’s Test, and his participation in the rest of the series remains uncertain.

“The thought of more time away from the game is driving me nuts,” Anderson told The Sun. “I haven’t thought about giving up. My body feels great everywhere else, I’m as fit as I’ve ever been. [But] it’s hard to say when I might play again, but it won’t be for a while.”

Is this man going to make his England Test debut?#ashes pic.twitter.com/6gnWxHf3f7

Anderson “felt very guilty” after his injury in the first Test. It meant England played most of the match with a bowler short, and ended up losing by 251 runs, with Steve Smith scoring 144 and 142. Anderson has since been told his return in the series will be dependent on him proving his fitness in a match situation.

“The England management want me to play some cricket before I return for a Test match,” he revealed. “So I’ll have to schedule that as well, which is not so easy because it is mainly Twenty20 matches at the moment.”

Despite that, Anderson said he’d be doing “everything possible” to return to the field this series. “My focus now is to get better and try everything possible to play a role later in the series. I’m sure there will come a point where other bowlers either get injured or need a rest,” said Anderson. 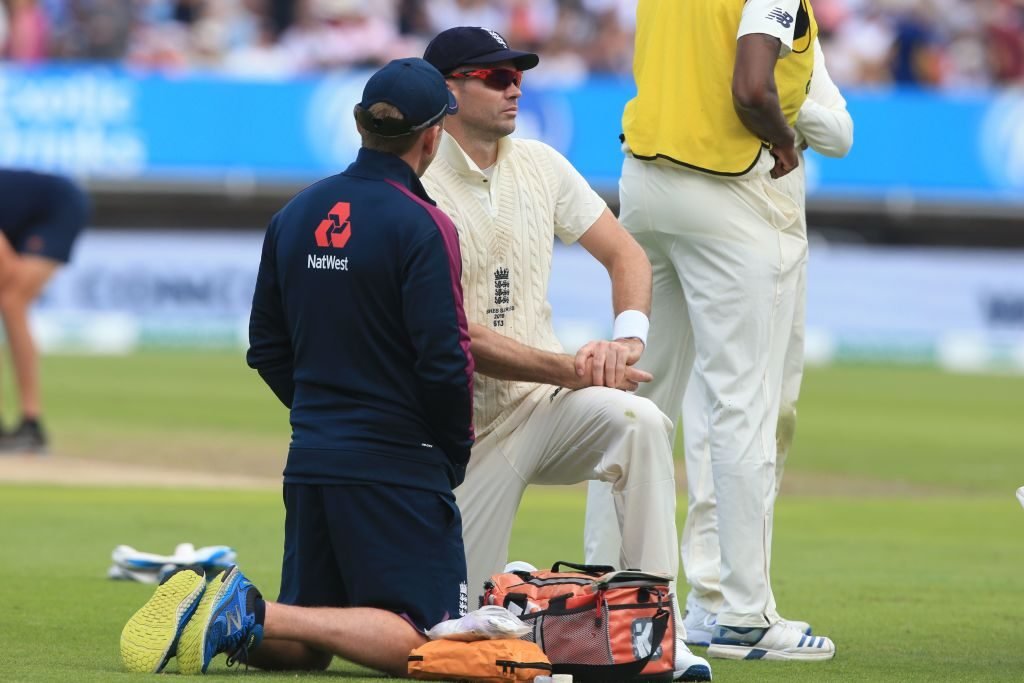 Anderson is not giving up on returning this series

“I certainly have no intention of giving up. If I don’t play against Australia, then the winter tours to New Zealand and South Africa are the next target.”

The second Test starts at Lord’s on August 14, with Jofra Archer, who impressed for Sussex Second XI against Gloucestershire Twos, expected to replace Anderson in the XI.