From Sir Donald Bradman’s Headingley carnage, to Jim Laker’s 19 wickets, to Shane Warne’s wonder delivery, and that 2005 series, we list below the most memorable Ashes moments of all time. 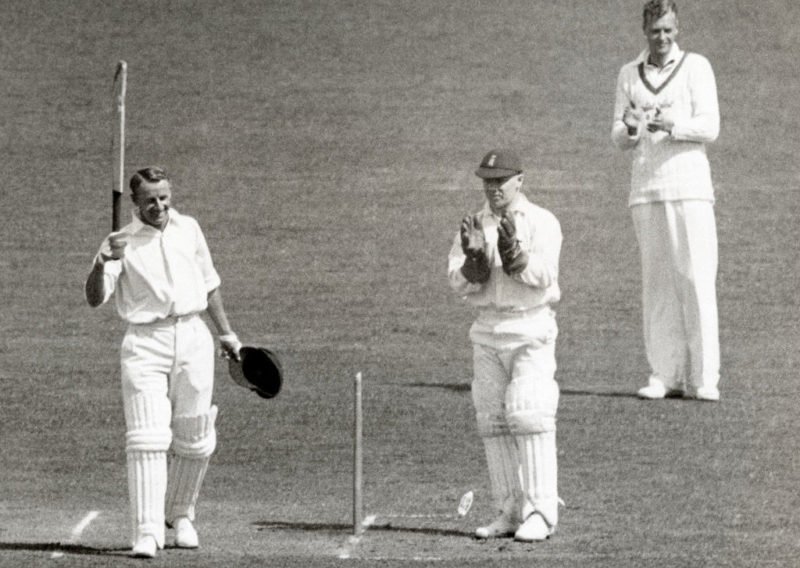 A 21-year-old Bradman’s onslaught at Headingley is etched in cricketing folklore, partly for the sheer volume of runs he managed in just one innings, but more so for the impunity with which he tore England’s attack apart – he reached 219 by tea on the opening day. Soon after, he broke Tip Foster’s Ashes record, and Andy Sandham’s Test pinnacle, ending with 309* on the opening day, a feat unmatched to this day. 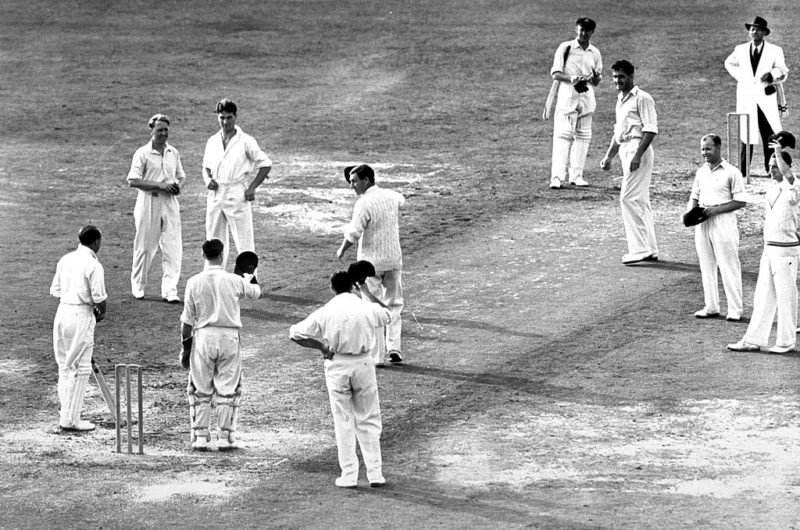 It was one of the most talked-about ducks in cricket history. The legendary Don, playing his 52nd, and final, Test was bowled out for a second-ball duck by leg-spinner Eric Hollies. That dismissal, in the final Ashes match of 1948, left his career runs at 6996, at an average of 99.94 — Bradman had needed just four runs for a perfect average. It was his seventh Test duck, but eventually, it did little to tarnish his legacy. 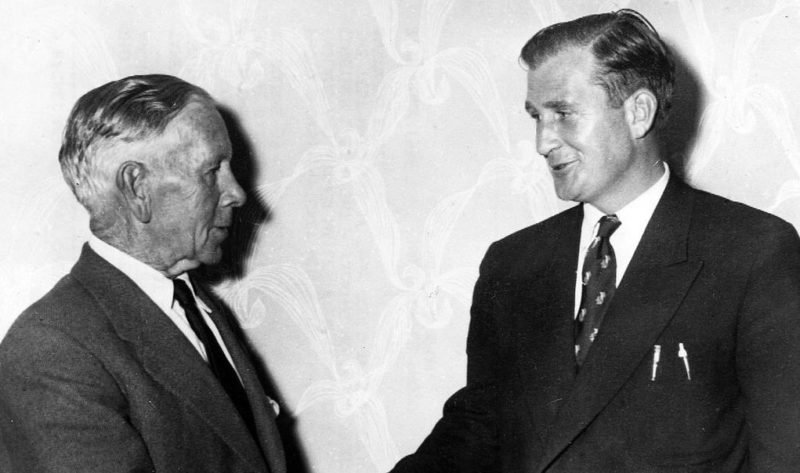 Perfection eluded the likes of even the great Jim Laker

James Charles Laker’s 19-wicket marathon is a feat likely to remain unchallenged forever. The off-spinner ran through the entire Australian batting attack [twice], ending one short of a perfect 20. Had Tony Lock not dismissed Jim Burke early in the first innings, Laker could have gone the whole way. He finished with 19-90 on a dusty Manchester pitch to hand England a 2-1 lead. 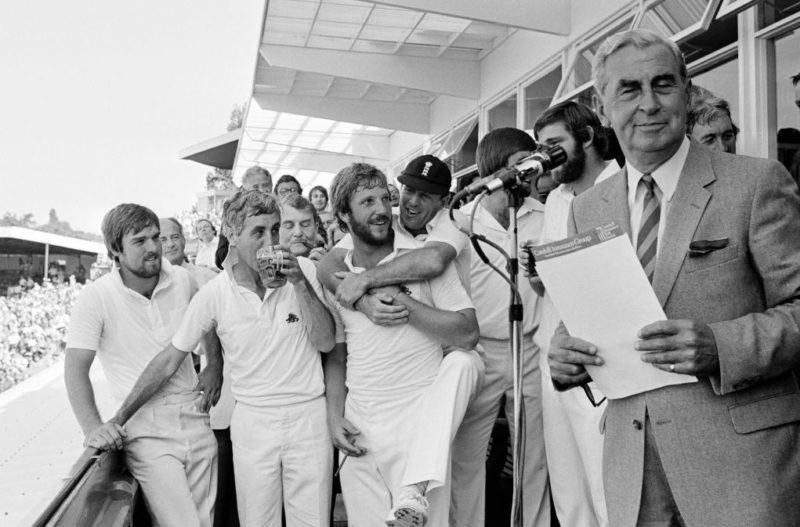 Ian Botham was a marauding force in an era of grafting

The 1981 series was Ian Botham’s Ashes: of all the moments that stood out, the all-rounder’s incredulous, match-winning effort in Headingley remains sublime even by modern standards. Following on, and batting at No.7, he plundered 149 runs off 148 balls, including 27 fours and a six, negating Australia’s lead and dramatically turning the match on its head. Chasing 130, Australia were shot out for 111, courtesy Bob Willis’ stupendous spell of 8-43. 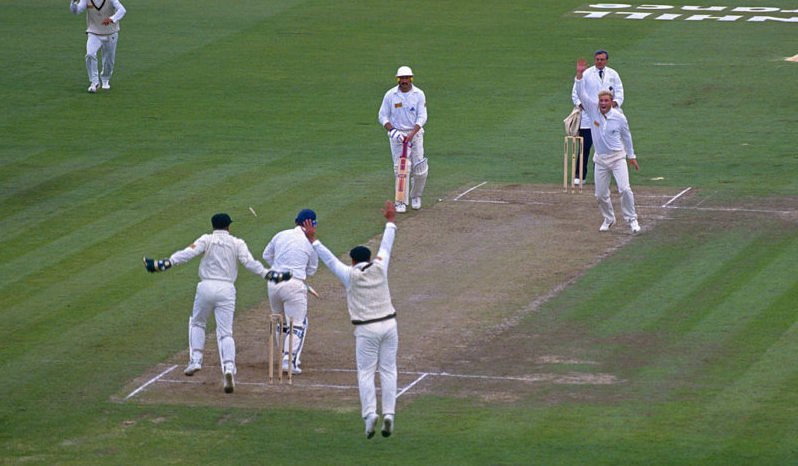 Shane Warne defied logic with the ball of the century

Just 11 Tests old, Shane Warne produced a masterpiece with his very first Ashes ball, leaving Mike Gatting, and the world, in complete disbelief. The leg-spinner unleashed his smooth release, the ball dipping towards the leg stump, before kicking off the pitch and turning prodigiously the other way, to sneak past Gatting’s defences, and take his off stump along. 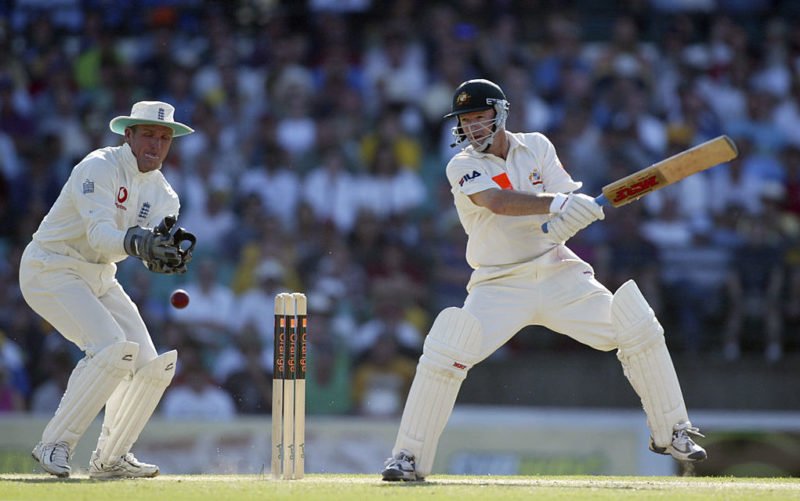 In the final stages of his illustrious Test career, an under-fire Steve Waugh completed a dramatic 29th Test century at Sydney, equalling the great Don’s tally. Batting at No.5, Waugh mustered all the steely resolve that he’s so famed for, completing a century with a last-ball four, even as the sunlight dipped, creaming Richard Dawson through the covers to leave the home crowd in delirium. 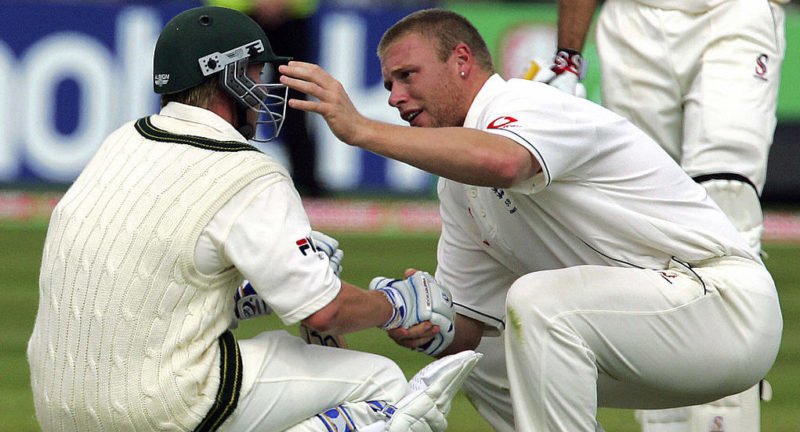 The defining image from perhaps the century’s defining Test

Andrew Flintoff consoling a heartbroken Brett Lee, who had narrowly failed to see Australia past the line, became the poster image of the 2005 Ashes. When Australia’s final wicket fell, two runs short of the target, Lee, at the other end, slumped to the ground. In no time, he had Flintoff’s reassuring hand on his shoulder. It was, perhaps, one of the most endearing images ever captured in the sport, at the culmination of one of the greatest Tests in modern history. 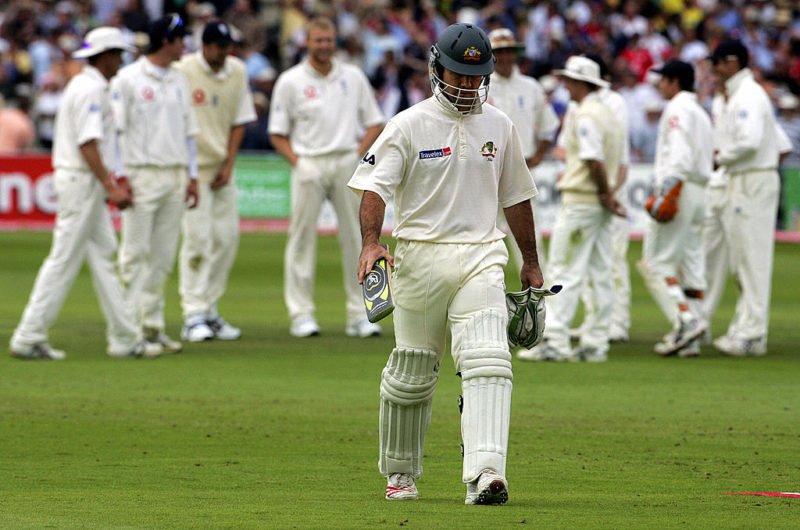 It was a blink-and-you-miss-it moment, and by the time it was over, Ricky Ponting was angrily muttering to himself as he walked back, completely aghast. Little-known Gary Pratt, substituting for Simon Jones, had just pulled off a superlative run-out in the 2005 Trent Bridge Test. Responding to Damien Martyn’s call, Ponting sauntered out to exchange a run, but was undone by a clean pick up and throw from Pratt, who demolished the only stump he could aim at. 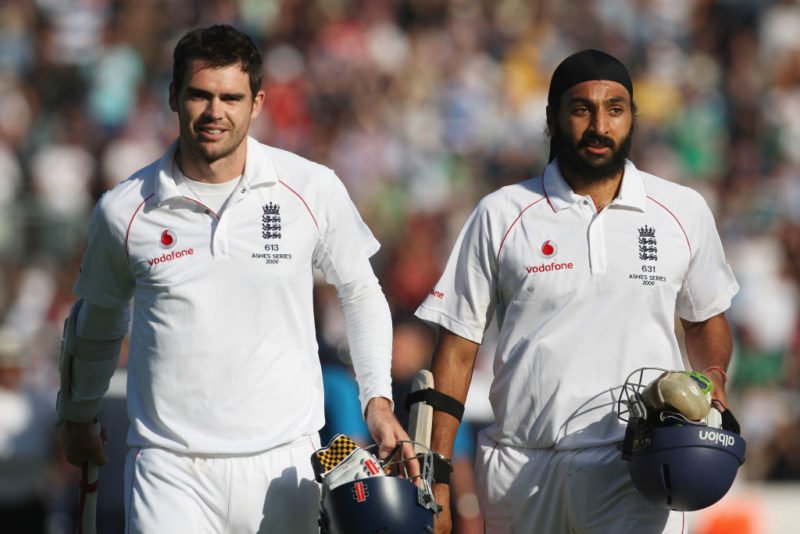 Despite what their numbers suggested, James Anderson and Monty Panesar could be heroes with the bat

James Anderson and Monty Panesar’s combined Test average adds up to less than 15, but the duo turned out to be miraculous batting heroes, pulling off an extraordinary heist against Australia in 2009. With England precariously hanging at 233-9, six runs adrift of an innings defeat, Panesar joined Anderson. For 40 minutes, they defied Australia’s bowlers, seeing off the required overs to finish with a draw. England went on to win the series 2-1. 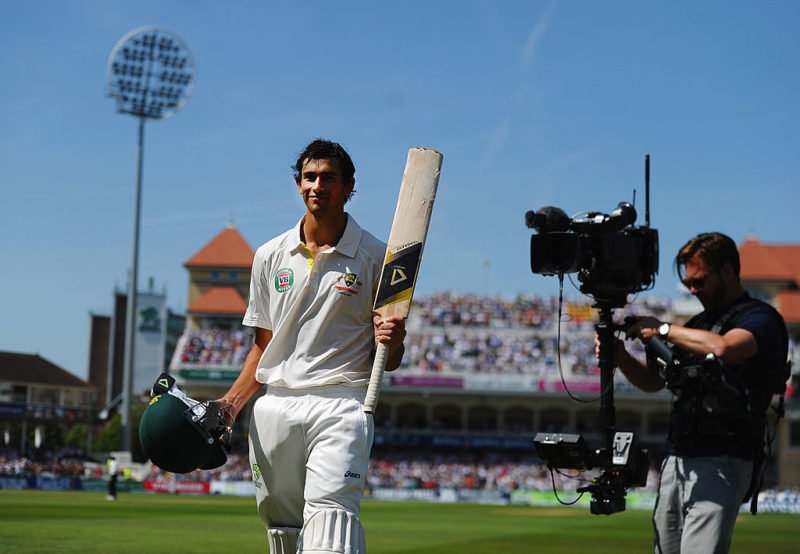 Ashton Agar was No.11 in the line-up, but No.1 among run-scorers in his Test debut

Debuting at 19, and coming in at 117-9, the stakes weren’t high for No.11 Ashton Agar. In the next couple of hours, he pulled off a fairytale knock, combining with the late Phil Hughes for a 163-run stand out of nowhere. He perished two short of a hundred, but that didn’t take the sheen off, perhaps, the best effort by a Test No.11.