Ben Stokes has revealed that his epic 135* in the Headingley Test of the 2019 Ashes, which underlined one of the unlikeliest Test wins in recent times, was spurred by a verbal attack from David Warner.

In an extract, published in the Daily Mirror, from his book On Fire, which chronicles his incredible 2019 exploits, underpinned by England’s first-ever 50-over World Cup victory, the all-rounder claims Warner incessantly chirped at the batsman from the slips, trying to get under his skin, even as Stokes battled single-handedly, guiding England to a one-wicket win and keeping the Ashes alive.

“A few of the Aussies were being quite chirpy but, in particular, David Warner seemed to have his heart set on disrupting me,” Stokes wrote. “I could accept it from just about any other opponent. Truly. Not from him, though.”

Marking his return to Test cricket after serving a one-year ball-tampering suspension, Warner entered the Ashes with a fruitful World Cup campaign behind him, having averaged 71.89 with the bat in the tournament. However, his red-ball form hit a terrible low, ending it with an average of 9.50. 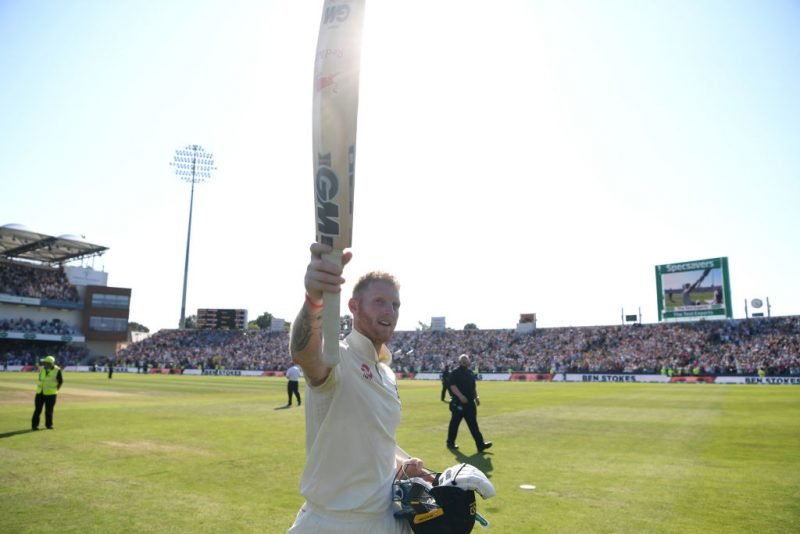 Many believed that the suspension had sobered the combative Australian down, but Stokes insists that the left-hander’s old self came back just as his runs dried up.

“The changed man he was adamant he’d become, the one that hardly said boo to a goose and even went as far as claiming he had been re-nicknamed ‘Humble’ by his Australia team-mates, had disappeared. Maybe his lack of form in his new guise had persuaded him that he needed to get ‘the bull’ back?

“Although he’d enjoyed a prolific World Cup campaign, he had struggled with the bat at the start of the Ashes and was perhaps turning to his old ways to try to get the best out of himself. The nice guy act had done nothing for his runs column.”

Stokes ended the fourth day on two not out, having faced 50 balls, with Joe Root at the other end, and England still 203 runs adrift of the target. With wickets falling at the other end, Stokes shifted gears, taking on the Australian bowlers, goaded along by Warner’s continuous banter.

“I muttered ‘Bloody Warner’ a few times as I was getting changed,” he wrote. “The more time passed, the more it spurred me on. All kinds of ideas of what I might say to him at the end of the game went through my head.

“In the end, I vowed to do nothing other than shake his hand and say ‘Well done’ if I could manufacture the situation. You always shake the hands of every member of the opposing team at the end of a match. But this one would give me the greatest sense of satisfaction.”