After four rollicking years in charge of the England team, Trevor Bayliss exits as a largely satisfied man, having been a part of a historic summer. This was as up-and-down as any stint can get, featuring plenty of memorable triumphs, and some equally disturbing lows. Akshay Gopalakrishnan lays them out.

Regardless of what the quantifiable results may show, Bayliss’ time with this England team will go down in history for the kind of characters he was able to bring out in his players. He enforced a generational shift in attitude and approach towards limited-overs cricket, and ODIs in particular, a format that had for long been the source of miserable embarrassments.

Perhaps Bayliss’ last series in charge – the 2019 Ashes – is an apt encapsulation of his tenure. England won the battle to throw him a grand farewell, but lost the war. Below, we look at the best and the worst from arguably the most significant England coaching career in recent history.

Thank you Trevor! An emotional goodbye for our coach in the dressing room after his final match in charge ? pic.twitter.com/hkYXJmIQR1

White-ball revolution. The defining feature of Bayliss’ stint. This has perhaps been the starkest, most remarkable turnaround for any team over a four-year cycle. England’s limited-overs cricket had hit its lowest ebb and was sliding into obscurity, underpinned by a disastrous 2015 World Cup campaign, where they crashed out in the first round, following defeat to Bangladesh, when Bayliss arrived.

The mandate in front of him was clear: make England a force to reckon with by 2019. As it turned out, four years was surfeit. In England’s first ODI assignment after the World Cup, they beat New Zealand 3-2 at home, crossing 300 in each of their four completed innings, with three of those being scores of 350 or more, including a 408. It was the genesis of a new England that would dominate all teams over the next four years and climb to the top of the ODI mountain.

Bayliss was instrumental to that change, working in collaboration with the then ECB director of cricket Andrew Strauss to orchestrate a complete overhaul of the country’s white-ball teams, marked by the introduction of a generation of limited-overs specialists. By the time they entered the next World Cup, England were favourites to lift the trophy, and lived up to the billing by clinching their maiden World Cup on a memorable night at Lord’s, after an epic showdown against the same team against whom they began their resurgence.

Amicable working relationships. If Strauss was the one whose vision drove England forward, it was Bayliss who executed it, by identifying and backing the right kind of players, and overseeing the implementation of their limited-overs strategy.  In doing that, he built good relationships with several key stakeholders, such as national selector Ed Smith, whom Bayliss has complimented in the past for being “one of the more intelligent selectors I have worked with” and for thinking outside the box and pushing for the selection of aggressive, attacking players. The duo’s like-mindedness was an integral part of England’s success.

Bayliss’ equation with former assistant coach Paul Farbrace also became evident, when shortly after having exited the set-up, following the Caribbean tour, to take over as Warwickshire’s sporting director, Farbrace expressed his desire to rope in Bayliss as coach for the inaugural edition of The Hundred. Bayliss’ thinking also tied in well with that of Eoin Morgan, as the duo displayed strong leadership during times of strife, such as with their joint decision to exclude Alex Hales from England’s World Cup plans after the batsman’s doping violation. 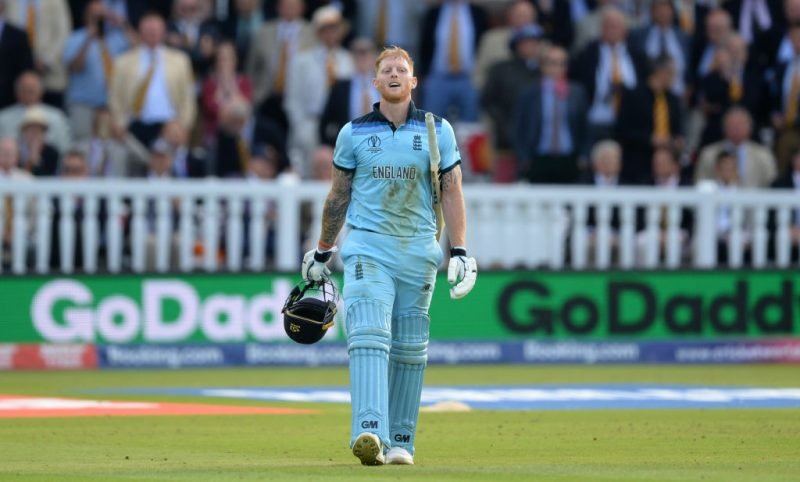 Ben Stokes has been England’s man for a crisis right through this summer.

The emergence of Ben Stokes and Jofra Archer. Perhaps two of the biggest stars from Bayliss’ time. The coach played an integral role at two critical junctures of Stokes’ career, first after his non-selection for the 2015 World Cup, and then after the all-rounder had hit rock bottom, stripped of vice-captaincy and dropped from England’s Ashes squad for their 2017-18 tour of Australia in the aftermath of the Bristol nightclub incident. Bayliss welcomed Stokes back into the squad after his indiscretions, urged him to issue a public apology, and played an integral role in his resurgence, which culminated with him being named Player of the Match in the greatest World Cup final of all time, followed by a defining, eye-popping performance to snatch victory from Australia in the third Ashes Test at Headingley.

Bayliss also played a part in giving Archer an opportunity to press his claim for a World Cup spot, shortly before the tournament, and oversaw his inclusion, and meteoric rise, as the young rookie delivered a Super Over in the World Cup final and followed it up with a spectacular debut Test series in the Ashes.

Related Story: England haven’t suddenly got bad at white-ball cricket – they have been struggling for a while

Series win in Sri Lanka. In one of Joe Root’s most famous series wins as captain to date, England visited Sri Lankan shores in late 2018 and swept the home team 3-0 in a rare occurrence – it marked only the third time Sri Lanka had lost all three Tests in a home series ever. It was also England’s first 3-0 whitewash away from home in 55 years, and their first sweep of a series of three or more matches in Asian conditions.

After a string of sub-par performances in Asian conditions, this marked a rare, and important, achievement in England’s progress under Root. It was a sentiment shared by their captain, who declared that they could no longer be considered “one-trick ponies” in the aftermath of the triumph. That they did it in the absence of Alastair Cook, arguably their most accomplished batsman in subcontinental conditions, and with minimal contributions from James Anderson and Stuart Broad, who took one wicket between them across the three Tests, spelled out good signs for the future.

The Root quandary. It wasn’t too long ago when Root was among the top four batsmen of his generation, forming a famed quartet alongside Virat Kohli, Steve Smith and Kane Williamson. But over the years, it has become increasingly apparent that he isn’t of the same class as the other three. 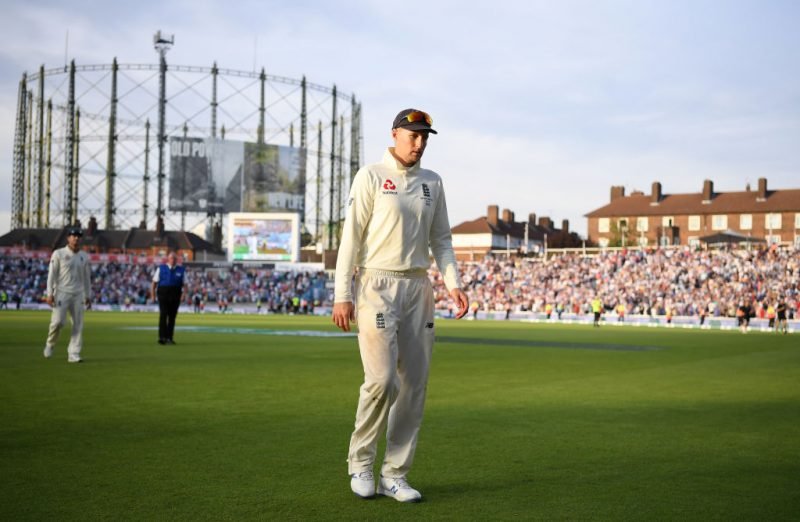 Joe Root’s game hasn’t responded too well to the captaincy.

Captaincy is doing more harm than good, even if Root himself has been adamant about remaining in charge. Root is the only member of the quartet whose average has dipped since taking over as captain – 40.81, as opposed to 52.80 previously.

Bayliss reaffirmed his faith in the incumbent on his way out, praising his “great cricket brain” and “cricket nous”. But as things stand, Root is at best doing just enough in his primary role as a batsman, and the questions will continue until that changes.

Ashes defeat at home. A first in 18 years. England can claim all they want how the 2-2 scoreline is a fair reflection of the series, but those who watched will know that Australia were by far the better side. England excelled in patches, but Australia sustained their intensity for greater periods and were more consistent overall.

"He’s a young guy at the start of his career, playing in three formats, and he’s still learning."https://t.co/b7lTDKnzgI

Much of England’s success has come down to Stokes, Archer and Stuart Broad, as opposed to Australia, who have a more well-rounded bowling attack. While Stokes and Archer are capable men to carry England forward, it can only be so long before one or both men crumble under the intensity of their current workload. All of England’s batting depth is of no avail if the top and middle order cannot step up when it matters and deliver consistently.

Test batting. This has started to get a little embarrassing. Since March 2018, England have been shot out for under 100 four times across three different continents. That is one less than the number of times all other teams have collectively suffered this ignominy in the same period. 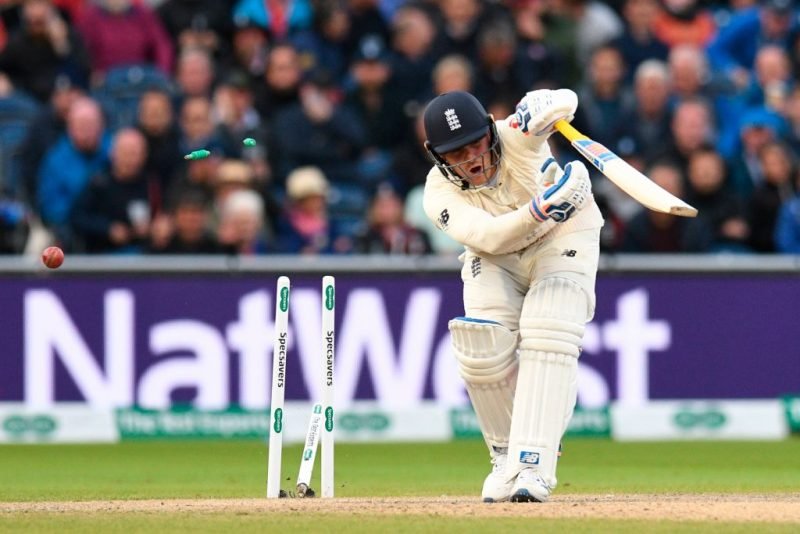 It would have haunted them again in this Ashes, when they were sent packing for 67 at Headingley, but for an otherworldly performance from Stokes. England’s average of 25.17 runs per wicket in Tests in 2019 is the worst among the top five nations.

Bayliss has acknowledged these issues in the past, at various points calling England’s batsmen “rabbits in headlights” and their batting a contagious illness. Nevertheless, it remains an area he was unable to address, and will take top precedence for his successor. And speaking of the batting…

Related Story: England are practically, but not theoretically, out of World Test Championship contention

The top order. Or, in other words, ‘life after Sir Cook’ syndrome. In the one year since the former captain’s retirement, England have tried eight different batsmen (excluding those who came out as nightwatchmen) in one of the opening slots. That not one of them averages 40 is telling. Their average opening partnership in this time has been 21.12, with just three stands of fifty or more and not a single century stand in 24 innings.

These are the same issues that plagued them in the Ashes. Barring Joe Denly, none of their top three batsmen had an average touching 40. In 29 innings between them, they managed just one century and seven fifties. Even with Stokes and Archer in your team, these are not numbers that win teams too many Test matches.