Meg Lanning broke her own record for the highest women’s T20I score as Australia pummelled England by 93 runs in the first T20I at Chelmsford.

The result confirmed Australia will win the multi-format Ashes series, and reaffirmed the ever-widening gap between the sides. Australia won all three ODIs and had much the better of the Test. It would take a turnaround to prevent them from completing a T20 clean sweep too. 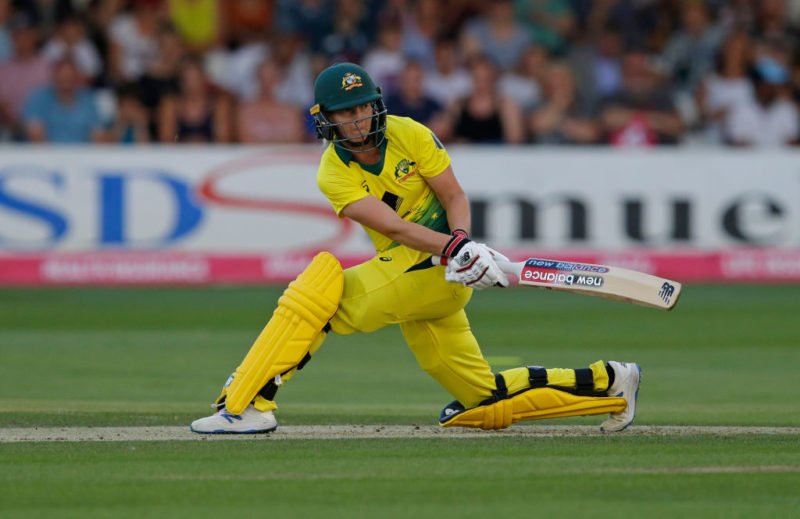 Lanning plundered the English attack for a world record score

Lanning was the star, finishing unbeaten on 133, seven runs higher than the 126 she made against Ireland in 2014, the previous best by a woman in the format. The knock contained 17 fours and seven sixes and dispelled any lingering doubts over Lanning’s form following her shoulder surgery post the Women’s World Cup 2017.

Her tour started slowly, with scores of 16 and 18 in her first two innings, but two half-centuries and now this hundred since confirm she is back to her blistering best.

It wasn’t quite a solo effort. After Alyssa Healy fell for four in the first over to an excellent catch from Nat Sciver, Beth Mooney helped her captain add 134 for the second wicket before getting a leading edge to mid-off for 54, while Ash Gardner’s 27 off 14 added the finishing touches. 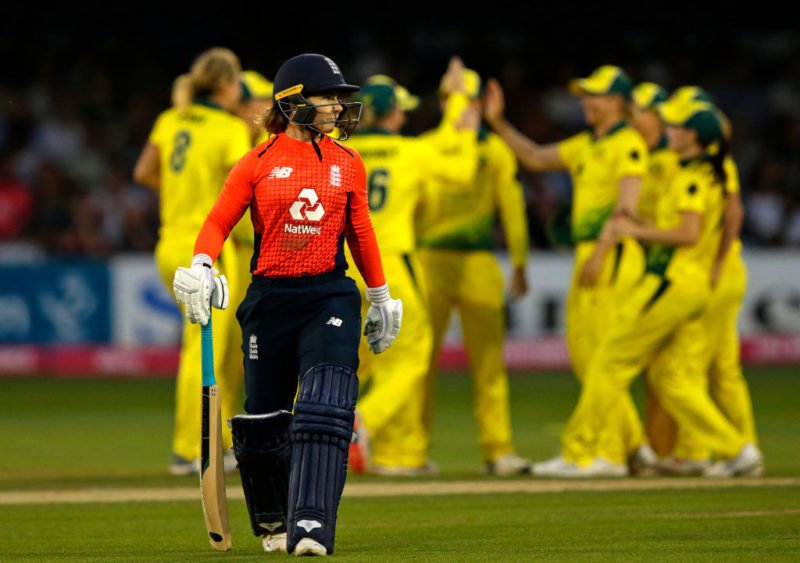 England succumbed to a record defeat

Australia’s 226-3 was a record for them in T20Is, and any small hopes England might have had of chasing it down were soon extinguished by an incisive new-ball spell from Ellyse Perry and Megan Schutt. Wickets fell in each of the first three overs, and the only question became what the eventual margin would be.

With only Sciver, Lauren Winfield, and Katherine Brunt able to make it into double figures, it ended by a distance as England’s heaviest T20I defeat. Having never lost here in 14 previous internationals, England’s ‘Fortress Chelmsford’ wasn’t just breached; it was blown to smithereens.