Aleem Dar and Joel Wilson, the on-field umpires, were under scrutiny on the first day of the Ashes at Edgbaston after they made seven incorrect decisions in all, with the mistakes continuing on day two.

Umpiring is no easy task, of course. Joe Root had an enormous slice of luck on the second day, when Tim Paine caught James Pattinson’s delivery via the top of the stumps, without the bails dislodging. Wilson gave it out after hearing the noise of leather on wood as the ball passed Root, assuming there was bat on ball.

Even so, the number of incorrect decisions on the opening day of the Ashes – incidentally also the opening day of the inaugural World Test Championship – was particularly high, prompting Ricky Ponting to question whether there was still a need for neutral umpires in Test cricket. Below, we take a look at each decision that went under the scanner. 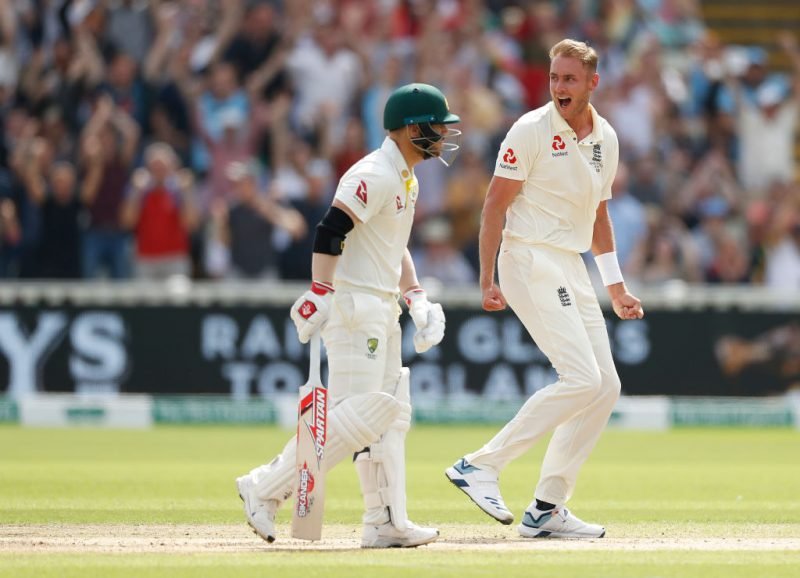 Warner should have been given out first ball, but was then wrongly given out for 2

1.1: Stuart Broad bowls one down leg and David Warner gets a feather on it. Jonny Bairstow, the wicket-keeper, is the only man to appeal, but Dar is unmoved. England barely even consider reviewing, although replays show there was a definite edge.

Related Story: ‘It couldn’t be plumber’ – the lbw decision that could have lost England the Edgbaston Test

3.5: Broad traps Warner on the front pad before Dar raises his finger. Warner trudges off without contemplating a review, but Hawk-Eye shows the ball would have the missed leg stump from Broad’s angle around the wicket.

14.2: Chris Woakes induces a very thin edge from Usman Khawaja, prompting a vehement appeal from the slip cordon. Joel Wilson turns it down, but an immediate review from Joe Root forces Wilson to overturn his decision.

33.5: Steve Smith pads up to a Broad delivery before Dar gives him out. Smith wants DRS, and sure enough, replays suggest the ball was not doing enough to hit the off stump. He survives, and goes on to make an epic 144.

Luck is on England’s side! ?

Root is given out caught behind but DRS shows the ball hit the off stump and the bail stayed on!

34.6: Woakes pins Matthew Wade in front with an in-swinger, but Wilson keeps his finger down. England’s review shows the ball would have clattered the top of the stumps, and Wade is given his marching orders.

39.6: Broad hits Pattinson on the pad and is given out for a duck. Again, Australia choose not to review, even though replays show the ball potentially missing leg stump.

46.1: Woakes appeals for lbw against Peter Siddle and Wilson obliges. Siddle challenges immediately, and it emerges that he got an enormous inside-edge. Wilson sheepishly overturns his decision.

?️ “So many errors from the umpires in this game.”

Root reviews successfully after being given ‘out’ lbw to Siddle on 14.

14.1: Nathan Lyon gets one to straighten onto Rory Burns’ front pad, but a loud appeal is turned down by Wilson. Australia are left to rue their decision not to review as Hawk-Eye shows the ball would have hit leg stump.

20.6: Pattinson gets one past Joe Root’s edge and the ball hits the off stump without dislodging the bails. Wilson gives Root out caught behind, but an immediate review gives the England captain another chance.

33.2: Siddle hits Root on the pad via an inside edge and Dar raises his finger. Root again reviews without hesitation and is reprieved again.