Three days of tough cricket, a day and a half of hammering, and a farcical finale. Will Macpherson reports from Brisbane on the curious case of Jonny Bairstow and Cameron Bancroft as England slide to a 10-wicket defeat in the first Test.

Australia won the first Ashes Test by 10 wickets, and required a little less than 70 minutes of the fifth day to do so. There were no crumbs of comfort for England, who began the day searching for wickets through James Anderson and Stuart Broad but retreating pretty fast. David Warner and Cameron Bancroft both finished with scores in the 80s, and very nicely the pair of them played too. Onwards to Adelaide, with the Aussies in front. 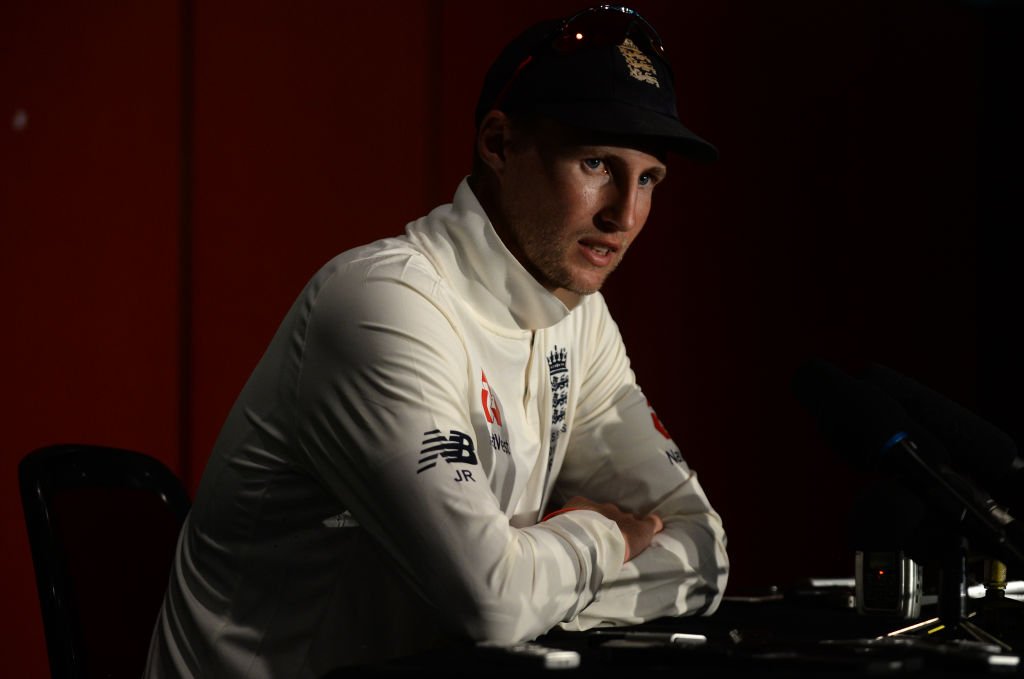 Late on Sunday, a story had broken in the Australian media – delivered and written with various degrees of hardness – about Jonny Bairstow, the England wicketkeeper, head-butting Bancroft in a Perth bar at the start of this tour. Some went as far as calling it “an attack”, and there shades of Warner and Joe Root in the Birmingham branch of the Aussie-themed bar Walkabout in 2013. Our bar this time was called The Avenue, and The Avenue is A Venue, you sense, that might have a bit more custom than anticipated during Test week next month. It sounds great.

Get ready for a broken f**ken cricket tour

There was plenty to unpack here, not least because Ben Stokes is still awaiting charge from Somerset and Avon Police, and Bairstow was fined and formally written to for being out on the same night. England have major issues with a drinking culture, so the story went. The ECB, sniffing a PR disaster and the wheels slipping off the tour were publicly heedful, but privately harder; there was nothing to see here, but they were going to investigate just to make sure anyway. The incident had come to light because of some stump mic “banter”. What is it about Brisbane Tests that brings out the worst in stump mic? Get ready for a broken f**ken cricket tour.

So what the hell went on? Let’s ask those involved. Giving evidence will be Bairstow, Trevor Bayliss, Joe Root, Bancroft and Steve Smith.

Bairstow took the stand first, holding a press conference without questions. He was pretty solemn, but seemed confident enough. His version of the story was thus: on a management-sanctioned free evening – which happened to be the first night of the tour – he caught up with a mate and ran into Bancroft and a few Western Australia players in a bar. “I think it’s been blown out of all proportion,” he said.

“Cameron and I enjoyed the evening and continued to do so. There was no intent, nor malice, about anything during the evening. As you could see, out there [on the pitch] today, there is no animosity between myself, Cameron (or) any of the other Australian players.”

So there’s no malice, intent or animosity, and they’re all mates. Did Bairstow headbutt him? No idea. Bayliss is a straight-talker, he’ll tell us. Trevor, did Jonny head-butt Cam? “Good question,” he said thoughtfully. “I think there was some contact but obviously not a headbutt. There’s a big difference.” 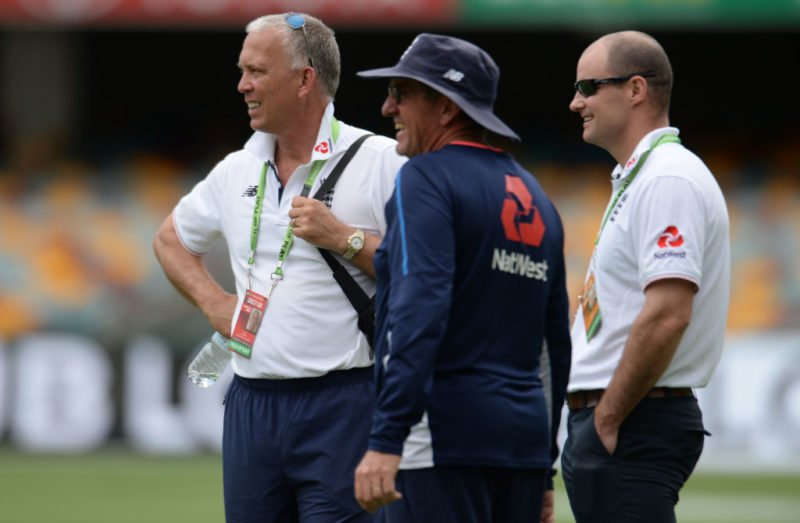 England’s management have another unwanted headache

So we’re still none the wiser on this. But one thing is clear. Bayliss is spewing. Furious, that another England player has opened himself up to a circus like this. England had to “stop making dumb decisions,” he said and “only had ourselves to blame”. He was furious and felt his trust had been betrayed when Ben Stokes was arrested, and this pushed him over the edge. He wanted to be talking about cricket – even if a 10-wicket loss – and more extra-curricular activity was stopping him. Not a happy bunny.

Up popped Root to neatly tell us that the other two had made it “pretty clear what’s gone on”. No they hadn’t! Did he or did he not head-butt the bloke? “It was joshing about, boyish behaviour,” said Root. “It’s obviously disappointing that we have given them something to bring up but it’s come up on the first day Australia have had a good one on the field, four weeks later. If it was a big deal it would have come out a lot earlier, and we need to be careful not to make a big deal out of something that’s not there.”

Otherwise, all Root, who was actually there to talk about the cricket, could divulge was that this was “very different” to the time Warner slotted him four years ago. Who we were to argue?

I’ve actually got the heaviest head in the Western Australia squad. It’s been measured

Finally, to talk straight, Bancroft entered the fray. He had Steve Smith sat next to him, veritably pissing himself laughing, as the new fella who’d just enjoyed an excellent debut for Australia set off on a very endearing ramble. The broad details of the story matched with Bairstow’s – location, characters, tone – he just put some flesh on the bone.

“I got into a very amicable conversation with Jonny, and… yeah, like, he just, um, [laughing] just greeted me with… just… a head-butt kind of thing,” Bancroft said. “I was expecting a handshake. It wasn’t the greeting of choice that I was expecting. That was the way that I took it. There was certainly no malice in his action. And we continued on having a very good conversation for the rest of the evening.

Related Story: When Jonny Bairstow demolished an ‘unbreakable’ helmet with his forehead

“I’ve actually got the heaviest head in the Western Australia squad. It’s been measured. There’s an actual measurement for it. So yeah, I just took the blow quite well and moved on from it. Yeah, it was a good hit. Play on.

“At the time, he said sorry. For me personally, it was just… really weird. It was so random, and I certainly didn’t expect it coming. As I said, a handshake or a hug would have been something that I probably expected more than a headbutt. But as I said, there was certainly nothing malicious about his action. I just took it as: ‘Yeah, I don’t know Jonny Bairstow, but he says hello to people very differently to most others.’ We got along for the rest of the night quite well. I’ve let it go and moved on from it. It was fine.”

Finally, after all that, we had an answer! Australia are 1-0 in the series, but they had England on toast here too. It was much more fun than the cricket.