From Ravindra Jadeja at Lord’s to Darren Sammy and Windies’ strong statement – Benedict Gardner picks out the top ten retorts – moments when players rose to the bait – and came out on top.

This was Faf against the Australian media. With a witch-hunt in full swing against the South Africa captain after he used a mint to shine the ball – technically illegal but, like driving at 63 in a 60 limit, everyone does it – Channel 9 saw fit to send a bullyboy reporter down to Adelaide airport to repeatedly shove a microphone in his face, which led the team’s security man to intervene. But du Plessis, found guilty but fined rather than banned, had the final word, hitting a brilliant hundred in the Test that followed. The crowd, who had booed him as he headed to the wicket, cheered him as he walked off 118 unbeaten runs later.

While the image of Steve Waugh’s innocuous bumpers troubling the West Indies tail at the MCG in 1988 might have amused onlookers, the West Indies No.11 clearly didn’t see the funny side. Patrick Patterson burst into the Australian changing rooms, wildly wagging his finger and shouting, “I’m going to kill you, you, you… AND you!” A threat to be taken seriously from the man whom Jeffrey Dujon said hit the gloves faster than any other. But when the killing came, it came softly. Patto was too quick for the Aussies, to be sure, but he was also too cunning; he mixed his lengths, probed, and took 5-39 in a crushing win.

8. Jadeja Lords it over Jimmy

The full details of what happened at Trent Bridge in 2014 between Ravi Jadeja and Jimmy Anderson may remain a mystery forever, or at least until their autobiographies hit the shelves. Jadeja claimed he’d been shoved on the way back to the changing room, out of sight of any cameras, but nothing could be proved and so both men escaped punishment. Jaddu duly took matters into his own hands. A week later at Lord’s he slashed his way to a match-turning 68 off 57 balls. The sabre-twirling celebration showed the scandalised denizens of NW8 exactly who had won that one.

7. From wheelie bin to really good

In 2004, given the moniker ‘wheelie bin’ by commentator Henry Blofeld because of his trundling approach to the crease, Ashley Giles responded by spinning England to a fifth-day victory against the West Indies at Lord’s, his five-wicket haul featuring a beauty to Lara. A year later, fielding yet more brickbats after England’s Ashes defeat at Lord’s and opening up about his pain in a Guardian column, he rocked up at Edgbaston for the next match and got rid of Ponting in his first spell. Fair to say he gave a bit back.

You’ve heard this one before, but this list is the natural home of Nasser’s defining moment. To say Hussain was upset by suggestions that he wasn’t the best man to slot in at first drop for England in ODIs would be something of an understatement, as his furious celebrations upon reaching his ton in the 2002 NatWest Series final against India demonstrated. While shouting “F***ing three!” he brandished a trio of fingers at the Lord’s press box – specifically Messrs Botham and Willis, whom he’d never have cause to mix with again – and pointed aggressively at the number on the back of his shirt.

A year later Nass was on the receiving end, although you can’t say he didn’t ask for it. In the lead-up to the 2003 Test series, he called South Africa’s new 22-year-old captain Graeme Smith “What’s-his-name” and “Greg”. Smith made sure his opposite number knew who he was after the first game. His 277 at Edgbaston was the start of a love affair with these shores: Nasser’s tearful resignation after that match made him the first of three England captains who would see their reigns ended by Smith.

The West Indies’ stunning march to a second World T20 title flew in the face of Mark Nicholas’ pre-tournament observation in an ESPNcricinfo piece that the West Indies were “short of brains”, and in the post-match melee captain Sammy made it known that the words stung: “It’s really emotional, for somebody who I respect and have a good rapport with generally, to describe our team – who two years ago were world champions – as guys with no brains. That’s really out of order.” The last laugh went to the St Lucian, while Nicholas was crestfallen at having caused such a scene.

In 2010, many people already felt that Michael Clarke’s fascination with his own appearance was distracting from his cricket. And so when nude pictures of his affianced Lara Bingle were leaked to the press, with an Aussie rules player’s fingerprints all over the lens (so to speak), sympathy was in short supply. Clarke was involved in Australia’s New Zealand tour at the time, and his decision to head home to sort matters out was deemed in many quarters to be ‘un-Australian’. A week later, upon his return to the side at Wellington, unencumbered (and unengaged), he hit back at his critics in the most Australian of fashions: with lots and lots of runs – 168 of them, putting Australia in a dominant position and shutting up the fans who’d dressed up as Bingle, and shouted “Where’s your ring?” as Clarke walked to the middle.

2. No crying for Onions

Not really the sort to proffer an ‘up yours’, Graham Onions let his actions do the talking in the summer of 2012 after he was told for the third time in succession that he would be the member of England’s Test squad to sit this one out. Upon hearing the news, he hotfooted it to Trent Bridge and unleashed upon Notts a torrent of seamers, swingers, pearlers and jaffas. After taking the first eight wickets to fall and in touch of all 10, he swooped on a ball at square-leg and with one stump to aim at, hurled the stumps down to run out the ninth. Next over he finished the demolition job with a textbook bouncer/yorker one-two, before strolling off into the night, point made.

1. Revenge of the English medium pacer 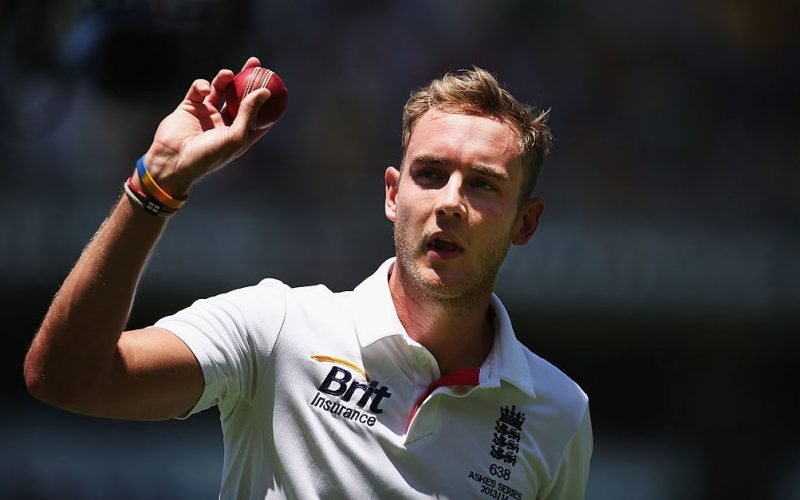 At the start of the 2013/14 Ashes, Australia treated Stuart Broad with the kind of disdain they only reserve for those cricketers they secretly begrudgingly admire. After he’d ‘nicked it to slip’ and not walked in the previous series in England, the Courier-Mail promised to refer to him only as “the English medium-pacer” for the duration of the series. But Broad’s opening day five-fer at the Gabba (remember, it started well) left Australia on the ropes. He swaggered into the end-of-day presser brandishing a copy of the Brisbane paper, replete with a ‘ban Broad’ image emblazoned on the front page, and a huge grin on his face.