Remarkable lot, cricketers. This lot are even more special – they wielded willow and rolled the arm over while missing some of their body parts. Keep your toes close, but your fingers closer.

What you see tends to be what you get with those Kiwis. So when they nickname their swashbuckling, record-smashing gun Marty Guptill “two toes”, you won’t need us to tell you that he’s missing three digits on his left flipper. It’s remarkable not only that Guptill has scored so many runs, but that he’s also as agile when stalking at point. It’s yer toes that give you yer balance, after all. Anyway, Guptill’s toes came a cropper when he was involved in a forklift accident when working with his dad aged 13. Presumably feeling mighty guilty, Guppy Senior asked Jeff Crowe to arrange a Black Cap visitor for his ailing son. The following day, Stephen Fleming appeared at his bedside, which was nice of him.

Azeem Hafeez’s was an unremarkable international career – a commendable but hardly earth-shattering 63 wickets in 18 Tests – but for the fact that literally every time he came on to bowl, the media mentioned the fact that he’d been born without two fingers on his right hand. He was, naturally, ripe for the old “overcoming adversity” angle, and boy did the press seize their opportunity. Fortunately he bowled with his left and indeed was a hero of a young Wasim Akram, his eventual replacement in the Pakistan side. Incidentally, Wasim’s partner-in-crime Waqar Younis was also a didge short, having lost a pinky when jumping into a canal, which sounds like an injury Alan Partridge would fall foul of. 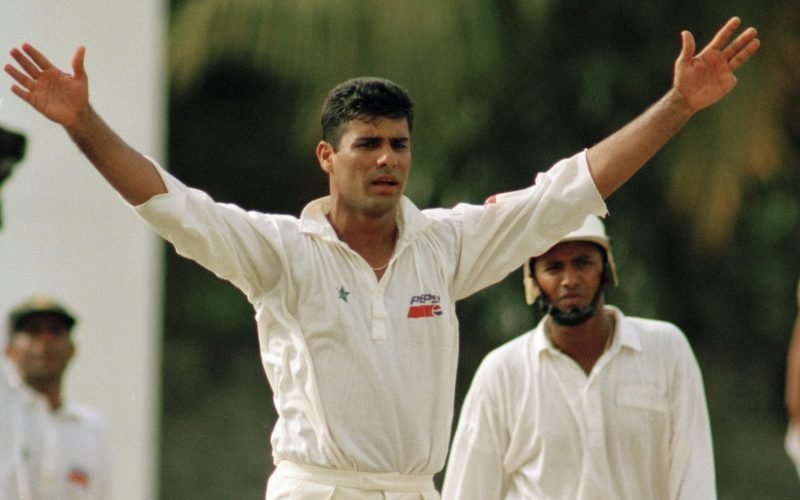 Nine fingers or 789 international wickets – what would you rather choose?

A polydactyl sounds like a multi-limbed, flighted dinosaur but is in fact a person born with extra fingers or toes. Sir Garfield Sobers – along with Maria Sharapova, Liam Gallagher and Halle Berry – was born a polydactyl, although the great all-rounder was the beneficiary of an extra finger on each hand, whereas t’other four have surplus toes. Sobers’ eleventh and twelfth digits didn’t last too long, though, with one plucked out ‘like a tooth’ with a piece of catgut when he was 10. Number 11 was chopped off with a sharp knife four years later. Anyway, this particular affliction is said to be lucky and Sobers’ career didn’t seem to go too badly thereafter.

Many of the folk on the list were victims of jams that didn’t directly affect their craft, but “Dainty” Bert Ironmonger – the oldest, wiliest and wisest of tweakers – had but a stump for a spinning finger, which isn’t ideal. He was the tenth child of Queensland farmers and lost his left index finger to the chaff cutter, with his sister averting further disaster by shoving his hand in a bag of flour to prevent more bleeding. After stints on the farm and working on the railways, he debuted for Australia at 46, using said stump to fling down scheming, skiddy spinners. His Test average of a whisker under 18 will do just fine, thanks.

Compo did the lot: 123 centuries. FA Cup winner. Brylcreem Boy. As a result, he’s in plenty of top tens, and this sure as hell ain’t the most glamorous. He was troubled by an injury picked up playing outside left for Arsenal, which meant he had to have his left kneecap removed in 1955. Didn’t stop Compton, though; he played two more years for England, averaging 50+. What do you do with an excised kneecap, we hear you ask. You put it in Lord’s Museum, obviously. Compton didn’t think much of it, though: “Looks as if rats have been nipping at it. I can’t imagine why anyone would want to look at it.”

Chandra delivered his curious mix of googlies, top-spinners and leggies with a whippy action off an unusually long run. Unorthodox, and due in no small part to the bout of polio he suffered as a child, which saw his right arm remain withered and thin for the rest of his life. This made him more flexible, giving his top-spinner mad bounce but meaning he was prone to being a little erratic. Indeed, Chandra admitted that sometimes he didn’t even know what the ball was going to do after he released it; 242 wickets in 58 Tests suggests the batsmen didn’t have a clue either.

WW2 robbed Len Hutton of two things; six years of his cricket career and two inches worth of left arm. In 1941, as a sergeant-instructor, he was involved in a preparatory drill for a raid in Dieppe, France. A mat slipped from under him, Len fell to the floor, fracturing his forearm and dislocating the base of his wrist so gruesomely that he required surgery. Just as he was getting back to his old self, the pain returned and he underwent two more ops to graft bone from his legs onto the lame arm. The result was a left arm two inches shorter than the right but a bucketload more runs. 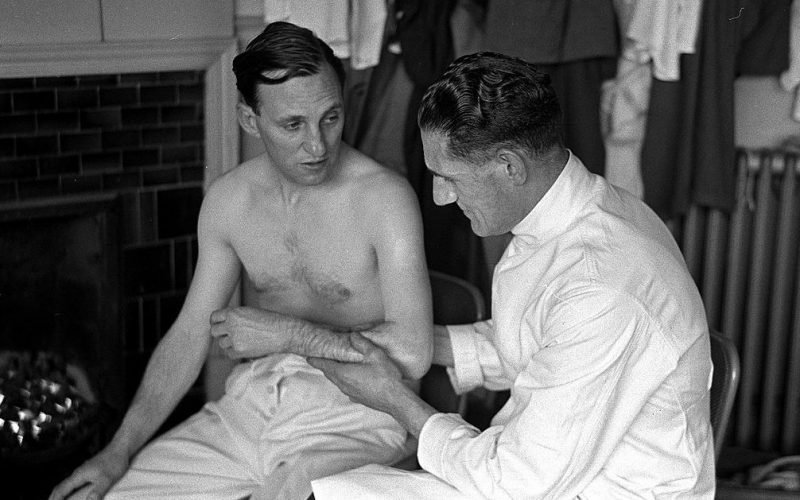 Prior to the third test in Barbados in 1968, some of the England lads went for a swim by a motorboat. Whilst they ‘cavorted like dolphins’ (according to The Guardian) and the engine whirred idly, Titmus attempted to climb on board. His left leg fell under the boat and had an unfortunate meeting with the propeller. Two of his toes were sliced off, two more were eventually amputated. It later emerged that Penny Cowdrey – Mrs Colin – was the innocent driver of the boat. Stoic as ever, Titmus’s greatest worry was that the nun nurses banned him from smoking his pipe. In fact, when asked how he was the next day he replied, “Fine…except I feel a lot lighter.”

The Kiwi dummy-seller, Oram has all his body parts (as far as we know), but thanks to some spectacular delivery with tongue planted firmly in cheek, he fooled the world into thinking he’d need his right ring finger removed. When he caught Mitch Johnson in a 2007 ODI, he contrived to break said digit. With the World Cup weeks away, he was desperate to get back in nick and declared “if it means cutting the finger off, if that’s the worse-case scenario, if that’s the last resort, I’ll do that.” Fortunately he recovered in time with all 10 intact and said: “I thought the smile from ear-to-ear would have shown that I was joking, but unfortunately, people took it seriously.” Journalists, they’ll fall for anything. 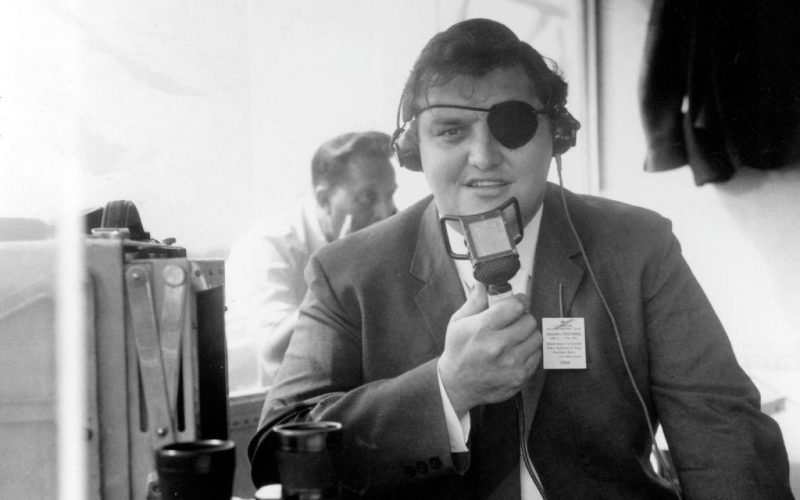 A sad one, this. Sturdy, smiley and 18 stone full to the brim with life, laughs, vim and vigour, Colin Milburn was one of the game’s most colourful characters, and a handy bat, too. Who knows how many more Tests he would have played – he notched two tons in the nine he did manage – had a car accident not cost him his left eye and career. The Nawab of Pataudi played on after losing an eye after a road accident but – besides a brief, unsuccessful comeback with Northants – that was that for Milburn. He died of a heart attack aged 48 in 1990.