Whether you’re doing a PhD in AOC or an NVQ in CDT, talking to the NHS about your IBS or being chased by the FBI, there’s no escaping initials and acronyms. Cricket especially is driven by the power of three.

“No dismissal has produced so much argument as lbw.” So said the great cricket historian Gerald Brodribb, looking back at an acronym first enshrined in the Laws of Cricket in 1774. It’s certainly been subject to numerous attempts at reform, including R.E.S Wyatt’s campaign for a simplified law and a fourth stump added to compensate; not even the IPL went for that one. Technology hasn’t solved the problem either – remember when Jonathan Trott was given out because the TV replay couldn’t keep up? Then there’s the hoary old issue of a ripping leg break trapping a befuddled batsman in front, only to be rendered benign because it pitched outside leg. Food for thought: if Warne’s “ball of the century” in 1993 had hit pad rather than wicket, Mike Gatting would have been not out and we’d have been spared gags about fat blokes and cheese rolls ever since.

Former England captain Percy Chapman was described as “the golden boy of his epoch” and one of the most popular sportsmen of the 1920s. “His team loved him” wrote Gerry Cotter, and “blossomed under his old-fashioned idea that the game was meant to be enjoyed”. When the first four Ashes Tests of 1926 were drawn, Chapman was appointed England skipper for the Oval decider. He made a solid first innings 49, and Wisden reports that despite lacking experience “he turned out a very happy nomination for the post”, demonstrating “excellent judgment” and “in two or three things” showing “distinct imagination”. England won the match, the Ashes, and the next eight Tests with Percy at the helm. 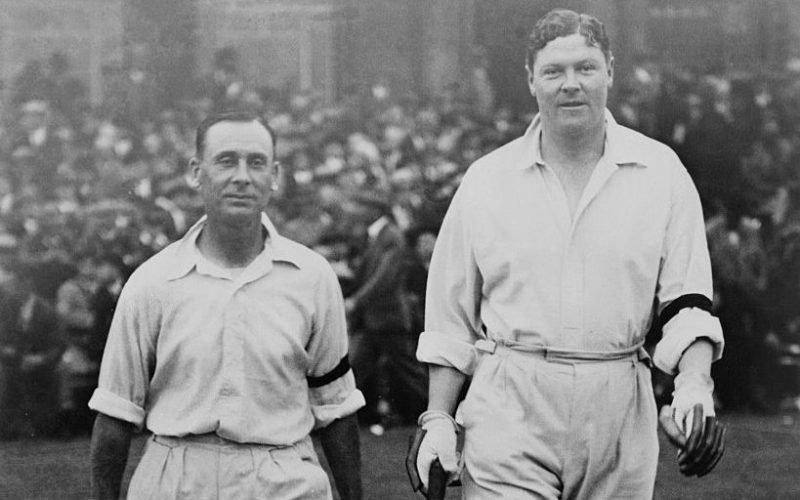 Jack Hobbs and APF Chapman (right) walk out to bat at Trent Bridge, circa 1930

It’s the Australian way – no messing about, get straight to the point and firstly reduce it to three initials, then truncate it further to the “G”. A prosaically efficient way to summarise the world’s largest cricket stadium, host of the first-ever Test match and, via the annual Boxing Day Test, an ingrained part of Aussie popular (high) culture. Not that everyone is a fan apparently; in the early 1950s, doyen of cricket scribes Denzil Batchelor described it as “a place of concrete stands, concrete terraces, concrete towers and palaces” with a “glue-pot” pitch deemed “the worst in the world”. Ouch. Trouble with your press pass, Denzil?

To adoring Indian colleagues and supporters the initials mean “Very, Very Special”. After being continually put to the sword, suggests the writer Dileep Premachandran, the Aussies think they stand for “Very, Very Sickening”. Ten of his 23 international centuries were plundered against them, the best – and some say, one of the best of all time anywhere –  his 281 at Kolkata in 2001 over 10-and-a-half hours including 44 fours. Dravid also dipped in with 180, and all after following on – “two of the best innings you will ever see” according to umpire Peter Willey. Ian Chappell described their playing of spin “the best I have ever seen”. From two of the game’s toughest competitors, that’s praise indeed. 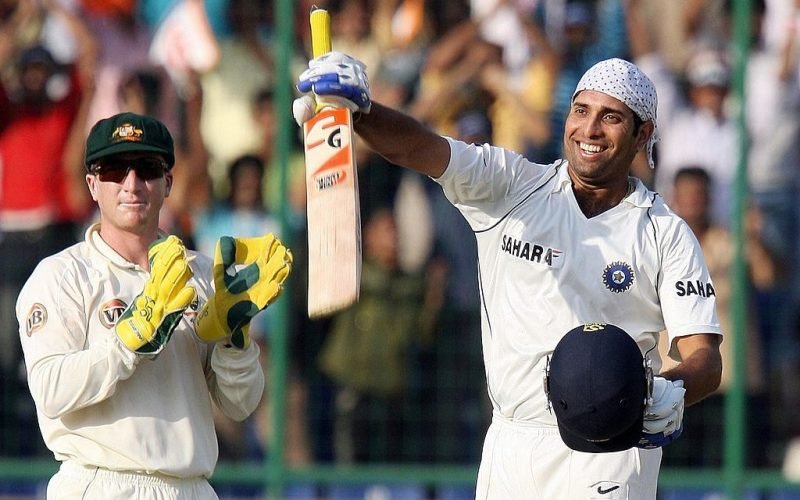 With its CSK, KKR and RCB, the IPL overlaps with the county season like the raucous all-night party next door while you’re trying to update your stamp collection. Yours might be the worthier activity, but you can’t help wishing you’d been invited anyway. Only K(P)P was on the guest list this year, something that isn’t going to help English T20 skill sets for the foreseeable. With the “Karbonn Kamaal Catch”, “Vodafone Superfan”, “Pepsi VIP box” and the “Yes Bank Maximum”, it’s also responsible for more branding than the Arkansas State Rodeo.

You would, of course, never imagine such vulgar product promotion emanating from the stately home of cricket commentary. Or would you? Former Essex keeper and chaplain to King George VI, the Rev. Frank Gillingham was widely thought of as the first radio ball-by-ball commentator. Once, during a rain break at The Oval, and years before such interruptions could be filled with cake and pigeons, he ran out of useful observations and resorted to reading out the advertisement hoardings circling the ground. A short and sweet broadcasting career for him, but TMS endures. Whenever England are playing somewhere hot but at home it’s midnight, raining, and it’s impossible to sleep, you can still be part of it.

When Bob Willis was summoned to England’s tour of Australia in 1970/71, he was a fresh-faced rookie with a short back and sides and not many first-class wickets. He helped win the Ashes then, and did so again in 1981. Tearing in at Headingley he was bushier of bouffant, but his demonic 8-43 is often overshadowed by the Botham innings that set it up, and unfairly so. His terse commentary on English cricket has been as uncompromising as his bowling at Leeds, and few are immune from his waspish observations; his third initial “D” was added in honour of Bob Dylan, but we daren’t leave him out in case we’re next.

No, not somewhere to buy a bargain sofa, though elite umpires worldwide probably wish it was. The Decision Referral System was introduced to smooth out the foibles of human decision-making, but may not always have had the desired effect. In 2012, Mike Selvey reasoned that it had made highly regarded umpires seem “vulnerable and fallible after all”. Decisions, he suggested, “are being made in the knowledge that if they are wrong they can be rectified, and this seems a cavalier way of operating”. Players may be happier overall, though, even if Selvey suggests there is a long-term danger that on-field umps maybe eventually reduced to “hat stands”.

“Stephen Harmison! With a slower ball, one of the great balls! Given the moment, given the batsman, given the match, that is a staggering gamble that’s paid off for Harmison.”

In yet another beyond-parody press release Australia’s Channel Nine officially described their cricket anchor’s “suave appearance and urbane presentation” and status as “a housewives’ favourite”. Maybe so, but apparently not everyone’s favourite: Robin Scott-Elliot in the Independent described him as “a show pony” possibly “stabled” in the “Spanish Riding School” or anywhere with “the most conscientious groom known to man” able to attend to “the magnificent mane”. But there’s more to Nicholas than film star looks, a sensational quiff and plenty of initials: there were classy centuries against the Aussie tourists in 1985 and 1989 and 18,000 career runs. Lesser captains and cricketers have skippered England, and scruffier ones.

Still holding sway over the spirit of the game and its laws, these three initials still carry some weight

It has arbitrary powers these days but there’s still a 20-year wait for membership. Eager applicant Pete Clark of the Standard reports scanning the Telegraph obituaries to spot recently demised members, and that “the sound of their clogs popping” was “music to my ears”. Still holding sway over the spirit of the game and its laws, these three initials still carry some weight, much like many of its members [yep, Rich is an MCC member – Ed]. Ivo Tennant reports that their “seniority and increasing girth” are currently causing problems concerning the legroom allocation in the Warner Stand redevelopment. Notable member John ‘Fingers’ Fingleton asserts that regressing to 850mm from 910mm would be “an act of great folly.” It polarises opinions as an institution but there’ll be nowhere quite like the Long Room on Thursday, June 12 when Alastair Cook leads out his men, whichever ones they might be.