In issue 20 of The Nightwatchman, Tim Cooke undertakes an urban pilgrimage through the streets of London.

When I think now of what I love about cricket, I inevitably hark back to England’s inglorious 1990s, the period of transition that followed and the sudden ecstasy of the mid-noughties. In the years since, the game has changed almost beyond recognition – as have I – and it has become a struggle to muster the enthusiasm that once coursed through my veins.

As a child, cricket meant the world – club cricket, school cricket, county cricket, French cricket, cricket on TV, cricket computer games: any cricket. Live cricket was a particular treat, and I recall clearly my first trip from industrial south Wales to London to see the national team in action.

It was 2000 and we had tickets for the third day of the second Test between England and West Indies. We caught the three-hour train to Paddington, hailed a black cab and arrived at Lord’s in plenty of time.

My brother and I raced between the brick arches beneath the Mound Stand, weaving in and out of the growing crowds. We bought bacon sandwiches and cans of Coke and stocked up on miniature autograph bats, which we would take home and decorate in the colours of Gray-Nicolls and Slazenger, putting them to good use in our basement one-knee cricket league. We watched from crisp white seats as a young Michael Vaughan struck a decent 41, an ageing Curtly Ambrose and Courtney Walsh gave it their best, and Dominic Cork – the flavour of the month for me at the time – elevated the game above the ordinary.

My waning interest had hit a nadir. This revelation did not sit easily with me

Perhaps cricket is, in my case, so consumed in the fantastical pleasures of childhood that it’s become an inevitable casualty of growing up; it could never exist outside of the cocooned idealism I left behind. I’ll find any reason to clatter today’s game in comparison to the one I loved so much when I was young. Maybe this is a way of preserving my former self and a period of time that I’m not fully prepared to let go. I believe they call this Golden Age Syndrome.

A young woman approaches from the opposite direction – the first pedestrian I’ve seen. She has short black hair and is wearing a long green coat. She is giving nothing away as to where she has come from or where she is going. A motorbike screams past and the driver pulls a wheelie on the empty road, the stench of diesel rising in his wake. Half a mile on, I pass a punk with tattoos crawling up his neck and notice the blue and white sign of a Leyland hardware store, which calls to mind Alfred Watkins and the concept of ley lines – is there a route from here straight back to the Lord’s of my youth? I take out my camera and shoot an image of the distant city’s towering iridescence. A car pulls by and I see that both driver and passenger are sucking balloons.

Opposite Highbury & Islington station there’s a terrible portrait of Sean Connery in a charity shop window. Sirens are constant. The noise reminds me of an image I once saw of children playing cricket during the Blitz. The wicketkeeper’s arms are raised towards the sky in joyous appeal; a leg slip is doing the same, while the batsman glances back with a forlorn expression. They’re wearing grey jumpers and charcoal shorts. Behind them, bombs have gutted two houses. It occurs to me that I have not once, in six years, seen children playing cricket on the streets of London, a sight that so defined my summers in south Wales. As well as everything else, I must remember that my geography has changed, too.

I saunter along Westbourne Road, through another estate – discernable by its colourful mural dedicated to nursery rhymes – and pass a dog walker, in tight red shorts, wading through a cloud of vapour pouring from an orange flue pipe – someone is showering. The dog walker hoicks and spits onto the pavement. My GPS then leads me to a strange door in an old brick wall, behind which is a large derelict building. I am reminded of an HG Wells short story in which a politician tells of having pushed through a ghostly threshold on the streets of Kensington to find an ecstatic, magical garden.

I move on into a maze of flats, weaving through lanes and alleyways, and become suddenly nervous. Through an open window, I can hear console games and young voices, accompanied by the thick stink of skunk. I wind up among garages and opt to backtrack to the safety of the main road.

I am filtered through a small industrial estate, bearings totally shot, and watch a blackbird peck at the floor. I hear the soft sound of dry autumn leaves cartwheeling over concrete. A Peugeot 106, almost identical to the car I had when I was 18, rolls by. Its number plate is only two off from the one I once owned and the black skirting is missing on the same side. In the dark corners and crannies, I spot figures and faces, catching snapshots of ghosts as I walk. The next road collapses in on itself and the BT Tower flares in the distance.

Suddenly the sky is tinged with blue and I emerge from the unknown topography onto Camden High Street. A road-sweeping truck disturbs two pigeons, scattering them in sublime style. I come upon another Leyland store and note that I must look up their locations on a map. The ground by Camden Town station is a sea of trash washed up on the pavement. The smell of recently discarded fast food is unbearable and I retch. Homeless people sleep in doorways. I think of nights out, violence and Ben Stokes. 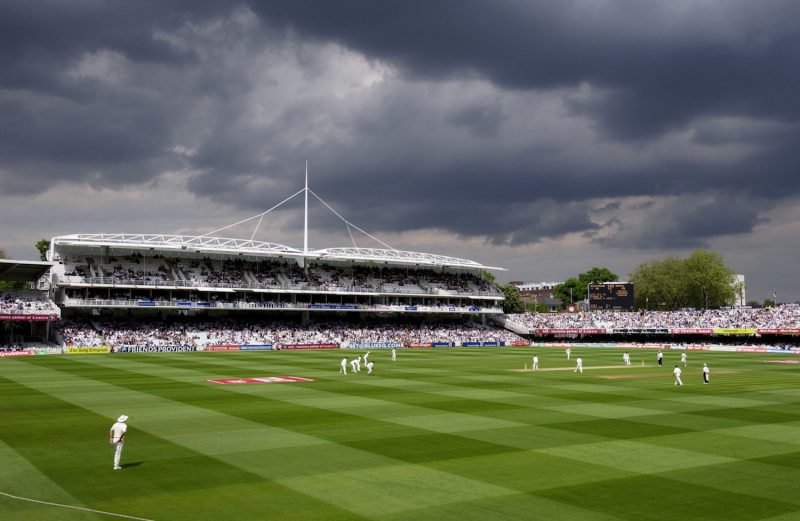 Seagulls cry from above – 20 or 30 of them, so evocative of home – and I am soon rounding the bend by London Zoo. I have never been here before. I merge onto the canal path as the sun rises fully, casting vivid reflections of the rows of trees that line the water. The weeping willows and bickering birdlife create the sense of true urban wilderness. I pass the most bizarre aviary I have ever seen, a science-fiction art installation packed full of birds I can’t name. I rejoin the road and am confronted by an army of joggers, sparkling facades and a London I do not recognise – sanitary and lifeless.

Since that first trip, I have been to Lord’s many times. I watched England take on Australia a year or two ago and got so drunk I can hardly remember leaving. I also once took a group of inner-city school kids to watch Middlesex – I was running a cricket club at a west London secondary at the time. The place I visited on these occasions never felt in any way similar to the one set in my mind years before

I skirt the outer limits of the idyllic St John’s Wood church gardens and soon arrive at the stadium’s front gate. There is a gentle, rose-coloured glow overhead and plane after plane cuts white lines into the sky. A flock of starlings suddenly rises, bulging and shape-shifting, and disappears to the west. Behind the ground is a row of tower blocks and a crane arching into the ether. I sit on the cold floor as people begin to arrive for work.

I have thought far less about cricket than was my intention. I contemplate the sign: “Lord’s – where history is made.” My gaze lingers for a moment on the word “history”, and I hail a cab.

This article appears in issue 20 of The Nightwatchman. Available in print and digital editions.