Daniel Vettori, the former New Zealand captain and all-rounder, recounts the decisive moments of his storied career in a chat with Henry Cowen. Introduction by Roshan Gede.

A classical left-arm spinner, a reliable lower-order batsman and an excellent leader and mentor: Daniel Vettori was all of these rolled into one, and was rightly considered one of the finest cricketers to emerge from New Zealand. His impeccable discipline with the ball sharpened his shrewd variations, making him the world’s leading left-arm spinner for a major part of his career.

Vettori remains one of the only three cricketers to have reached the double of 300 Test wickets and 4,000 Test runs, alongside Kapil Dev and Ian Botham. In all, he took 705 wickets in international cricket, 116 more than Sir Richard Hadlee, whom he toppled to become the most successful bowler from New Zealand.

He took charge of New Zealand after Stephen Fleming called it quits after the 2007 World Cup, and captained his side in 32 Tests, 82 ODIs and 28 T20Is before stepping down from the role in 2011. His final international appearance came in the 2015 World Cup, where he helped New Zealand reach the finals after winning eight games on the trot. 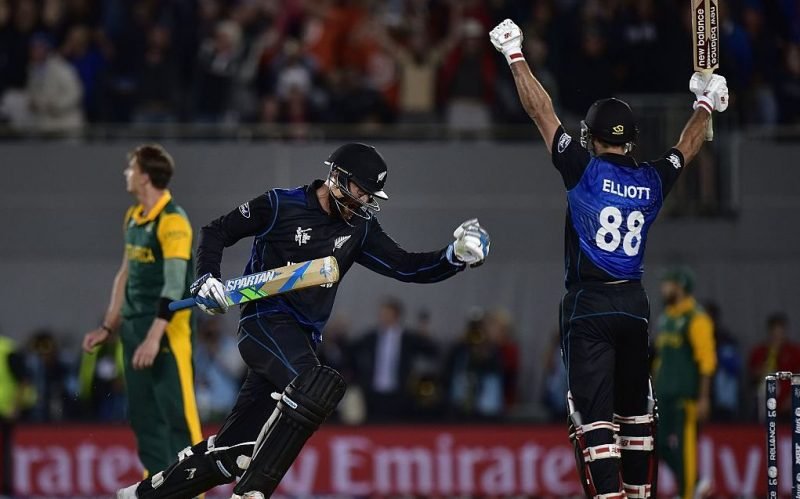 Vettori picked up 15 wickets, while maintaining an excellent economy of 4.04 in a competition dominated by quicks. In the semi-final against South Africa, he struck a crucial boundary off Dale Steyn in the final over before Grant Elliott saw the Black Caps home with a towering hit into the stands in a nail-biting finish.

He had plenty to choose from while picking his top moments.

I never really thought I would be a professional cricketer. I got noticed on a national level when I played an Under-18 tournament against some good players and took a lot of wickets. Then I went away on a New Zealand Under-19 tour to England, and had some relative success. I was only 16 at the time and I was still at school. Six months after that I started playing for Northern Districts and it was round about that time, 1996, that people started to talk about me. My first-class debut came for Northern Districts in early 1997 – against England – and my first wicket came when I had Nasser Hussain caught by Bryan Young at first slip. 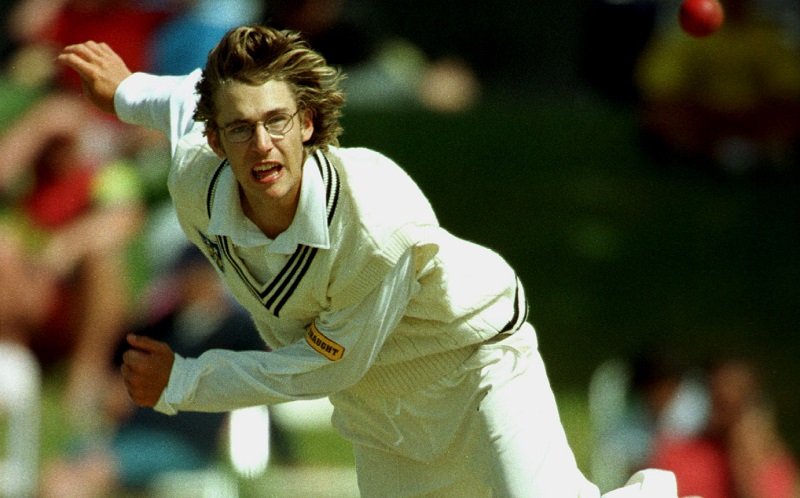 Daniel Vettori made his Test debut at the age of 18

My Test call-up was memorable for a number of reasons: firstly, I was the youngest Test cricketer in New Zealand’s history – still only 18 – and secondly, I’d only played two first-class games! The phone call shocked me, I have to be honest. While I had aspirations to play for New Zealand, I thought I would need four or five good years of first-class cricket to get there. To make my Test debut after just two first-class games was something that took my family and me very much by surprise. It is something I’m incredibly proud of, especially being New Zealand’s youngest cricketer. Ironically my first Test wicket was also Nasser Hussain caught by Bryan Young at first slip – so there was a nice bit of symmetry there!

I always enjoyed bowling at Perth, you got a lot of bounce and that wicket in particular spun a bit. Warnie did well for Australia in their innings and got some runs. But my six wickets in the first innings gave us a chance of winning the game which was very rare for New Zealand in Australia. It was the final Test of a series that was tied at 0-0 after two games and on the last day they were five or six down chasing 450 but a decision didn’t go our way and they held out. It was an enthralling Test match and series. I got Warnie out on 99, though I would have preferred him to get his hundred and then get him out next ball. Spinners generally want each other to do well! 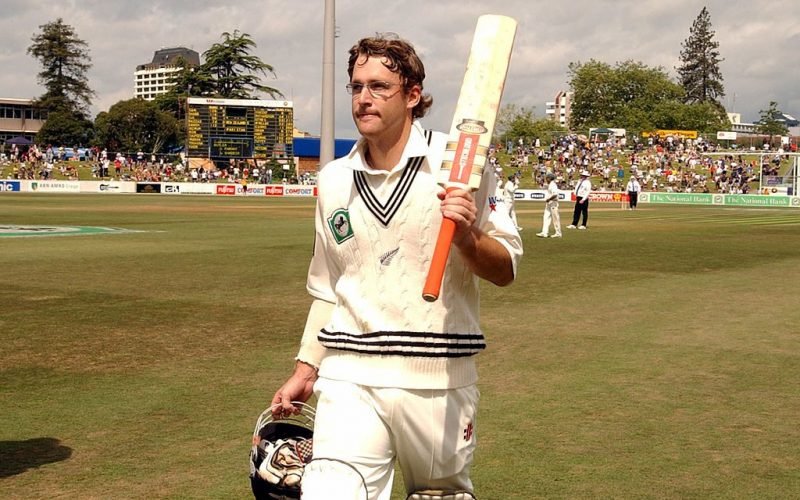 This was such an enjoyable moment because as a bowler you have expectations about your own job – about going out there and bowling a lot of overs. In the batting side of things there isn’t a huge amount of expectation. I hadn’t performed that well for maybe 10 Tests before this game, so to finally crack that was pretty special. Anyone who plays Test cricket wants a hundred – whether you bat No.1 or No.11. To get that hundred took some pressure off and it was one of the most satisfying moments I’ve ever had.

I had been struggling with my back so I played in these games – both in our domestic one-day tournament – as an opener who could bowl a few overs. One of the centuries was a semi-final played at Eden Park Outer Oval – which is a great batting ground. I think one hundred was in the first innings and the other was in the second innings so I found I started to think like a batsman rather than just a guy who could hit the ball cleanly and occasionally put together a 30 or 40. These were innings where I felt I was starting to learn what it meant to be a batsman. Batting was always more enjoyable for me. Bowling is work, batting is more a bit of fun.

I was fortunate that I had been groomed for captaincy. I had been vice-captain for a couple of years and Stephen Fleming was such an amazing skipper and had passed on a wealth of knowledge to me. It was almost a feeling of, ‘Now’s my time, let’s get on with it!’ My first series as Test captain was against South Africa in 2007. We went over there and got thoroughly beaten – welcome to Test captaincy! It’s certainly slightly overwhelming when you first take on Test captaincy but I think you grow into it and you begin to really enjoy dictating the movements of the game. Sometimes you do it well and get it right and that is a really satisfying feeling. Ultimately, leading out your country is a great honour and it’s something I will never forget.

I got Sangakkara out for my 300th wicket in Test cricket. I remember he just slogged it down deep mid-wicket’s throat and Jacob Oram took the catch. I think I got to that milestone quicker than a couple of the others. I didn’t dawdle and that makes it nice I suppose, not sitting on it for too long. To reach that group, I look at those players that are in it as well, and it is something I never would have expected when I first started playing Test cricket. 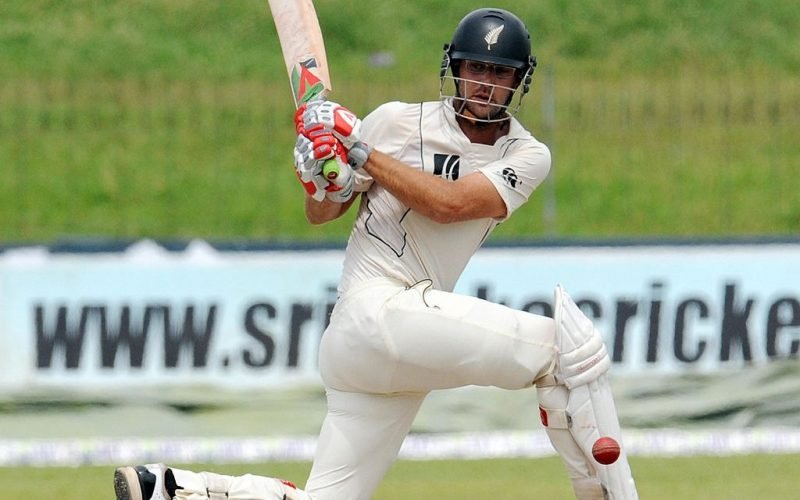 We were chasing somewhere near 500 and were in some trouble early on. Jacob Oram and myself managed to put on  significant partnership and it probably just got to the point where Sri Lanka were starting to worry. I think that kind of total in Colombo is normally a given, it’s just expected that Sri Lanka will run through us with Murali and Herath. There was a realisation, though, that we could win the game and Sri Lanka realised that they could lose. Unfortunately we lost Jacob just before lunch and although the tail stuck around the total was just too far away. As a slow left-arm bowler, I know what Herath is trying to do but from the 10,000 balls I’ve faced from Murali I’ve still got no idea: I just try and sweep him.

I was really appreciative that the match was at my hometown of Hamilton and the family could all come. The New Zealand guys made a presentation and my wife, young son and parents were there at the time which gave it a lot of significance. It was also a game versus Australia who were the best team at the time. There were a lot of things which made it my most special moment in cricket. 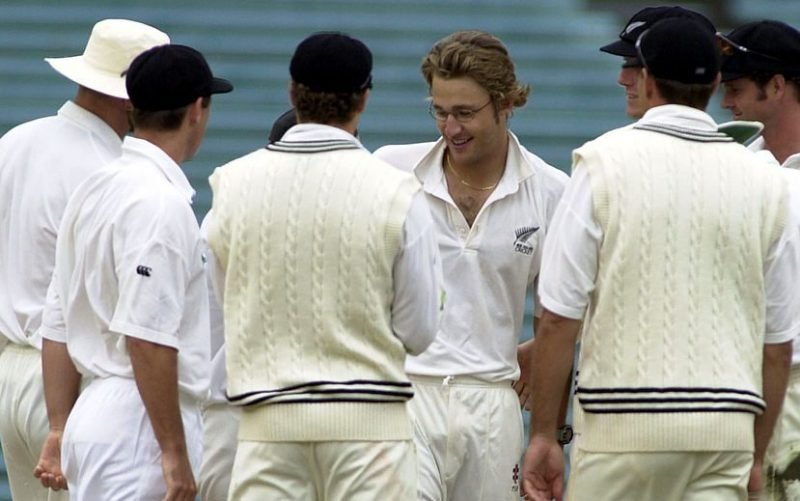 It was on the old Eden Park wicket which was fantastic for spinners to bowl on. It was a wicket with quick turn that all spinners just loved playing on. To come up against Australia – who were easily the most dominant team in world cricket at that time – and to give ourselves a chance of winning through my best performance was something that I really enjoyed. It was also the game in which I took my 100th Test wicket – the youngest spinner to get to that figure in Test cricket. Unfortunately Shane Warne was on the other side and he used the conditions just as effectively! We weren’t good enough for them in the fourth innings. When it goes well individually like that, you can sit back and have some pride in your own personal performance but when you walk off that field having lost you are hurting just as much as the guy who didn’t get any runs or didn’t take any wickets.