At Surrey I would open the bowling with seam and then go straight into bowling spin as I had back problems. But they told me they wanted me to bowl seam. Then in one game at Guildford I was asked to bowl spin by the skipper, so I naturally asked my dad! He told me to do what I thought was right. So I bowled spin for the rest of the day. It didn’t go down very well with Surrey and soon after that they told me that they wouldn’t require my services as a spinner.

As a Surrey boy I’d grown up always wanting to wear the brown cap playing at the Oval but I was told if I was going to bowl spin there was no place for me at Surrey. I refused to get too down and I remember coming up to Edgbaston twice for trials and the second time I was brought into the office and offered a two-year contract. It was incredible. It’s funny how things turn out; it was such a great time to be involved with the club and I’m still here today.

I was playing at Maidstone for the second team when I was told that I was moving up to the firsts. What I didn’t realise was that I was replacing Allan Donald. I thought that was a strange replacement – from a 90mph international to a spinner playing his first game – and Kent must have thought it was Christmas! But we won the game, I took two wickets and got 20-odd in each innings. It was a memorable moment, but this was just a taster for me as I wasn’t quite there yet as a spinner.

By 1995 I felt that I was ready to play. I’d been pulling at the reins for a long time and I was ready to go. I didn’t have amazing success straight away but I got a five-fer towards the end of the season at Edgbaston, which sticks in my mind as it helped us to win the County Championship. It was a very special time to be part of the club and helped prepare me for what was to come.

In the last game of the 1995 season I was driving down to Canterbury with the Warwickshire skipper Dermot Reeve and he said to me, “Next year you’ll do really well, get 50 wickets and some runs as well”. The following year I got 64 wickets, bowled really well, and he was right, suddenly my career just took off. I got the player of the month award for August and my maiden first-class hundred at the end of that season against Lancashire. That winter I was called up to tour Australia with England A.

The taste of Test cricket

My Test debut followed a similar pattern to my first-class career. I only got the one wicket – in fact I was the only spinner in the series to get a wicket – and we eventually beat South Africa in the series, but I didn’t play again until 2000. A bit like my first-class career, I got a taster and found out I wasn’t quite there. But I went away, worked a lot harder and got myself into a position to play.

I didn’t play in the first Test because of an injury but I came back for the second and got a five-fer in Ahmedabad. Then of course in the final Test there was the famous incident of bowling over the wicket to Sachin Tendulkar. We tried to hide it from him and we wore him down and that is the first and only time Sachin has got out stumped in Tests. He still got 90-odd but we frustrated him and got him in the end. 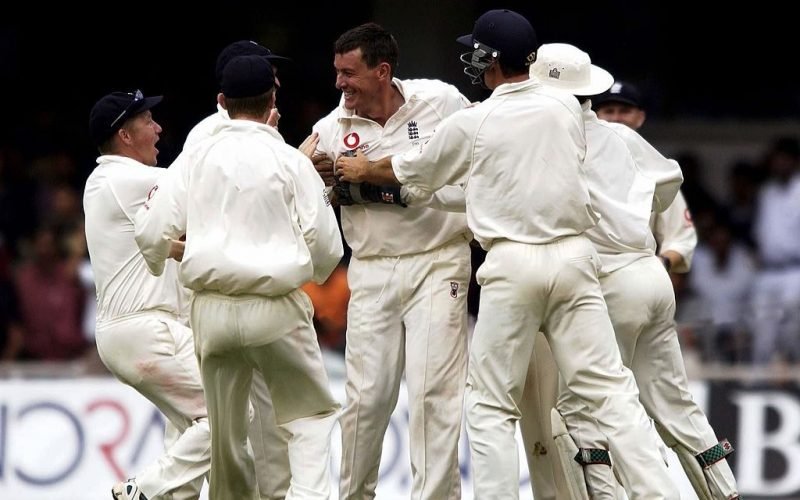 It was a strange summer, as I’d been close to giving up international cricket. I’d let things get on top of me, I was a little down and I’d started to lose focus of what I did well. I remember sitting down with my wife and wondering if I should just give it all up. Then I had a very fortunate meeting with Steve Bull, who is involved with the psychology of the England team, and almost overnight my fortunes changed. My 100th wicket was very special – Brian Lara, bowled through the gate – and I received my only man of the match award in Test cricket. I also got nine wickets in the next match at Edgbaston and I was bowling as well as I ever had. I loved my cricket again.

I carried a hip injury through the 2005 Ashes, then went to Pakistan and was sore straight away. I had to miss the last Test and didn’t play until the end of 2006. A lot of things weren’t quite the same. I played my last Test that winter. The match will be remembered for England declaring on 551 and still losing but it doesn’t keep me awake at night. I’m very privileged to have played as much cricket as I did for England. 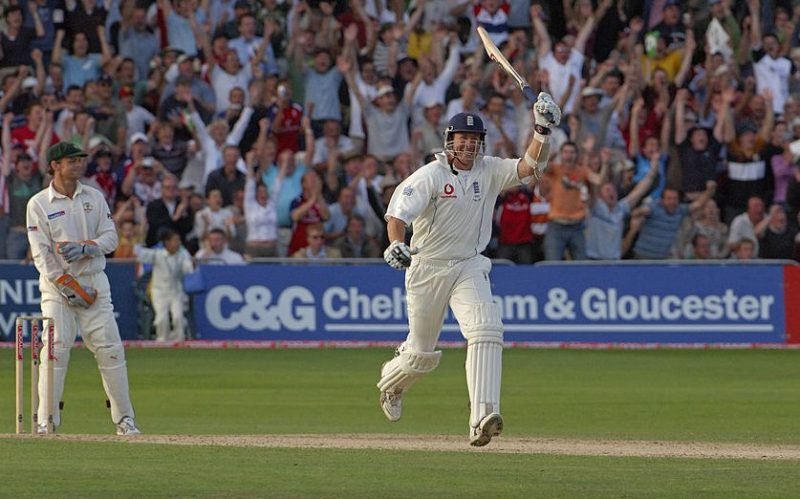 All I ever wanted to do was play for England and compete against the old enemy. We hadn’t won the Ashes since I was a kid and to be part of that team was special. The Edgbaston Test was crucial. After losing at Lord’s we fought back and were more positive, scoring 400 on the first day, and I got five wickets after taking a lot of stick at Lord’s, which got me back in it. I hit the winning runs at Trent Bridge, which gave us the 2-1 lead, and then of course the climax at the Oval. We had all dreamt of that moment and to share it together was very special.