Back in 2016, three years after his retirement from first-class cricket, former England and Middlesex batsman Owais Shah picked out the key moments from an eventful career in a chat with Jo Harman.

This was my first second XI game. I was 15 and I got 50-odd. I’d never faced bowling like that before and getting a few runs gave me the belief that I could succeed at the top level. Trescothick was their captain and Gary Keedy got me out in both innings, caught on the drive. As a young kid I’d always wanted to play professionally and doing well gives you that confidence.

I’d played England U19 cricket from the age of 16 so when I turned 19 I’d had two or three years of experience at that level. We didn’t have a great start in the tournament but when we needed to win games, we did. We didn’t tend to focus on the little things like how we were eating or how we were training. It was more about playing the way 19-year-olds should be playing cricket. We didn’t have 25 support staff monitoring every little thing we did. It was a wonderful tournament and definitely a highlight of my career. 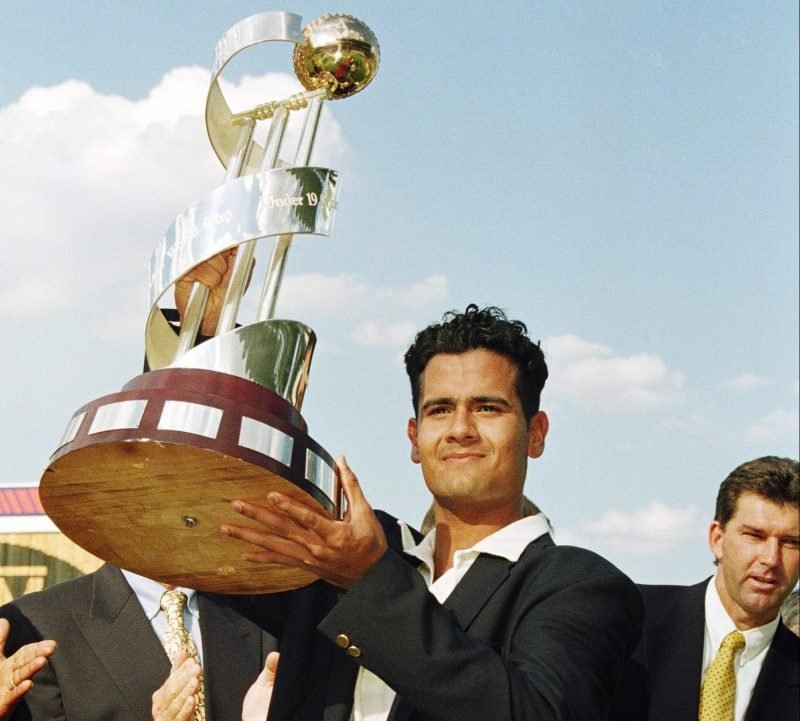 On the up down under

The biggest change in my career came six months prior to my England one-day call-up. I’d been dropped by Middlesex and it was a huge learning curve. I went away to Perth and worked hard at my game. I promised myself that whatever happened I was going to come back a better cricketer. I looked at certain aspects of my game with a chap called Wayne Andrews and banged out a load of runs in grade cricket for University of Western Australia. Before I knew it I was in the England one-day squad.

Getting called up was a bit bizarre because I’d scored most of my runs in first-class cricket, but I wasn’t complaining! On debut I made an unbeaten 20-odd against Australia at Bristol and then in the next game I put on a load of runs with Marcus Trescothick. It meant something to score my first fifty against Pakistan – the country where I was born. I was copping a load of shit from the Pakistan fans and players so it was a very proud moment for me.

In the winter of 2003/04 I found myself out of the England one-day team. All I was doing was getting 1,000 runs a season – I wanted to do a lot more so the selectors took note. I heard Mohammad Azharuddin was opening an academy in India and I told him I was interested in coming over. The academy wasn’t yet open but he said I should visit anyway. He helped me on a couple of technical issues and I came back and had an okay summer – I think I got 1,300 runs. The next season I banged out loads. It was a bit frustrating not to be in the England Test set-up. I totally understood not making the team but I felt I should have been the next batsman in line. Surely getting 1,700 runs warranted that.

I remember waking up on the morning of the match and thinking, ‘What the hell do I have to do to play a Test?’ When I got on the bus Duncan Fletcher told me to prepare to play. I thought he was bluffing to see how I would react – maybe it was one of his stupid games. Then Cookie came into the changing room and he was in tears. He said he was sick and it hit me that I might actually get a game. I tried to console him but deep down I guess I was glad that bug found its way into his stomach. As a kid I knew I would play for my country so when I got the opportunity I remember clearly that I wasn’t nervous at all. I believed that I belonged there. I went out there and stuck to the formula that had worked for me over the summer. I just went out and played my game. It was an amazing game of cricket.

I’d chipped in but scored nothing of note and I was desperate to show I belonged in that side. I had a mix-up with Kev [Pietersen] – I shouted no but for some reason he just kept running – but once I got going it just flowed. I ended up getting a hundred and Dimi Mascarenhas finished the innings off nicely. He hit the first ball [of the final over] to the fielder and didn’t run. I was like, ‘What are you doing? I’m on a hundred’. He had other ideas and hit five sixes off the last five balls!

I was playing for England regularly so I hadn’t played the group games. Ed Joyce and Ed Smith had captained and we had a really good formula. It was a great opportunity to come in for Finals Day and I remember sitting in the dugout feeling nervous because of what Middlesex meant to me – I wanted to win something with them. I hit three sixes off James Tredwell which got me going and we went on to win the game. That was a massive moment for me.

This was my last Test. I was a bit disappointed that I was out after two bad matches. I was hoping they could see my potential and stick with me but that was not the case. If I had started the summer back in England and failed, then I could sort of understand it. But two bad Test matches… I’ve seen a lot of batsmen in the England team get a bit more than that. I think it depended on who you were if you got a longer run or not. That’s life.

I found myself out of the England one-day team and that flicked a switch. I decided to turn my attention to T20, change my game a bit and see where I ended up. I played for Cape Cobras in the winter of 2010/11 and that was the catalyst for everything. I was named player of the tournament and off the back of that I got an IPL contract. From there, things snowballed. I’m just glad I’ve been part of all these T20 leagues and been able to rub shoulders with my heroes.