Kohli became the first player to sweep the awards, and it came as no surprise. The Indian captain had another fabulous year, in which he scored 1,322 runs at an average of 55.8 in 13 Tests, with five hundreds.

In ODIs, he crossed the 1,000-run mark again, making 1,202 at a mind-boggling 133.55, scoring six centuries. It all meant he was a shoo-in for the ODI and Test Teams of the Year, and was named captain of both sides. India, after all, impressed in their overseas Tests and secured a historic series win in Australia under Kohli’s leadership.

His performances were more impressive given that India were overseas most of the year, with tours of South Africa, England and Australia. Kohli scored at least a century on each tour, and ended 2018 as the No.1-ranked batsman in both Test and ODI rankings.

“It feels amazing,” he told the ICC. “It’s a reward for all the hard work that you do throughout the calendar year. I feel really grateful and very, very happy with the team doing well and at the same time performing (myself).

“Having recognition at the global level from the ICC is something you feel proud of as a cricketer because you understand that there are many players playing the game. 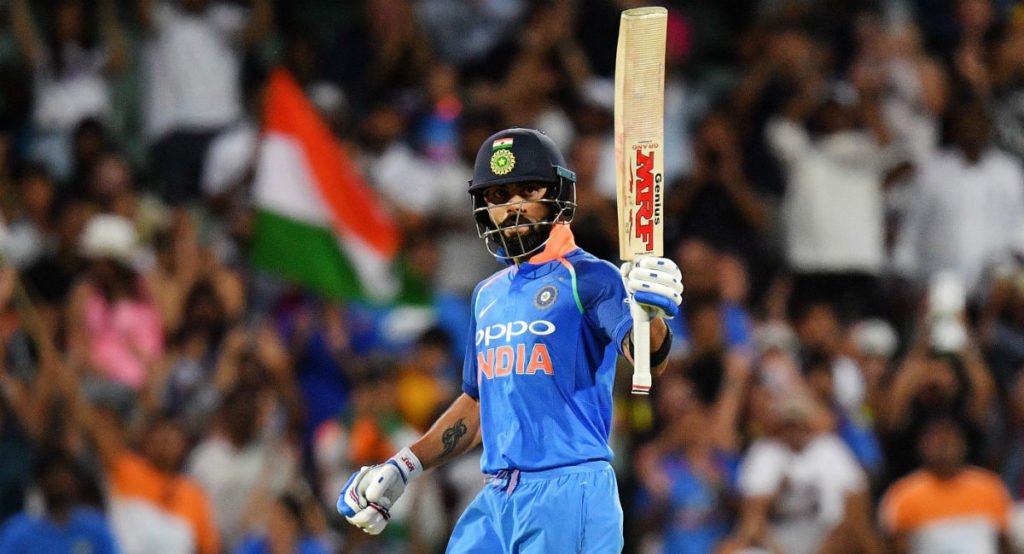 “To be rewarded in this manner from among all of them is obviously a very proud moment for me, and something that gives you more motivation to keep repeating the same things, because you have to keep the standard of cricket up and keep bringing in consistent performances.”

A 36-member voting panel unanimously picked Kohli for the Cricketer of the Year award, with Kagiso Rabada finishing as runner-up. He was also the runner-up for the Test award, while Afghanistan’s Rashid Khan came second in the ODI reckoning.