Sarfaraz Ahmed could be in big trouble for remarks he directed at Andile Phehlukwayo during the second ODI between South Africa and Pakistan.

Broadcast mikes picked up what appear to be racist comments made by the Pakistan captain on Tuesday, January 22.

Phehlukwayo proved to be the visitors’ nemesis in Durban, his four wickets and maiden half-century crucial in helping them draw level at 1-1 in the series. In the 37th over of the chase, when he edged a Shaheen Afridi delivery and ran a single, Ahmed was heard saying in Urdu: “Abey kaale, teri ammi aaj kahaan baitheen hain? Kya parwa ke aaye hai aaj?”

Translated, it means, “Hey black guy, where’s your mother sitting today? What prayer have you got her saying for you today?” The all-rounder had enjoyed some luck during his unbeaten knock of 69. 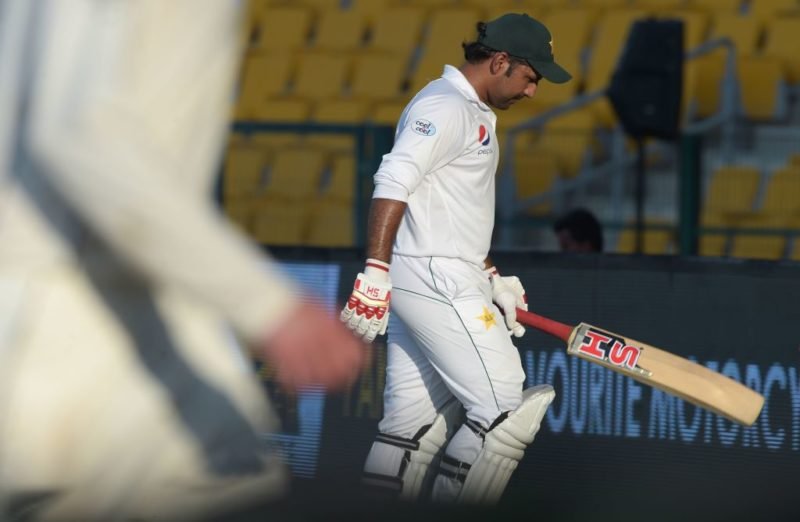 The matter could be taken up by the match officials under the ICC Anti-Racism Policy for International Cricket. As per the policy document, “The ICC and all of its Members should not at any time offend, insult, humiliate, intimidate, threaten, disparage, vilify or unlawfully discriminate between persons based on their race, religion, culture, colour, descent, and/or national or ethnic origin.”

Related Story: Why are the Netherlands far from full strength, despite the ICC’s mandatory release rule?

The sanction for such an act, if Ahmed is found guilty, varies. But the ICC says on its website: “On-field racism is considered one of the most serious acts that can be committed, with the possibility of a life ban for anyone found guilty of such an offence.”

Former pacer Shoaib Akhter was one of those who spoke out against the captain’s comment. “I strongly condemn it,” he said in a video, which he later deleted from his Twitter account. “Maybe it happened in the heat of the moment, but I think he should publicly apologise for that. It’s definitely not acceptable … As a captain, it’s totally wrong. People are getting inspired by him, so he should lead by example.”