Ending 2018 with the best ODI average after table-topper Virat Kohli was New Zealand’s Ross Taylor. In 2019, Taylor is carrying forward his brilliant form.

His ODI hundred on Tuesday, January 8, not only helped seal a convincing 115-run win, but also set a new benchmark. 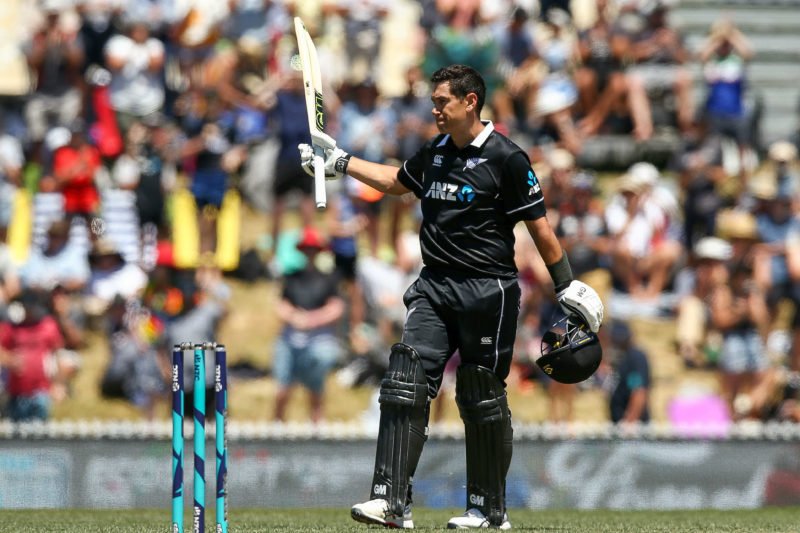 “It was nice to get the 20th hundred”

The 131-ball 137 was his 20th ODI hundred – the most by a New Zealander in the format. The innings was also his sixth consecutive 50-plus score in ODIs, equalling a national record held by Kane Williamson and Andrew Jones. Only Javed Miandad has more scores over 50 in a row. He is now also only 293 runs away from Stephen Fleming’s all-time record of 8007 ODI runs for the country.

"I'm getting old, so hopefully, I've got a few more in me"

“It was nice to get the 20th hundred, I would have taken that at the start of my career,” Taylor, 34, said after the ODI. “I’m getting old, so hopefully, I’ve got a few more in me.”

Taylor’s innings was studded with nine fours and four sixes, with all his bigger boundaries coming after he reached his ton. He was happy that doing the “donkey’s work” in the middle overs paid off.

MILESTONE! Ross Taylor brings up century number 20 in ODI cricket – the first NZer to 20 centuries in any format! Ross The Boss!

“I felt okay out there, I’ve been hitting the ball alright, and it felt nice to get three figures,” he said, explaining his approach. “More often than not in New Zealand conditions you’ve just got to give yourself a bit of time and you can catch up as we did today. It doesn’t always work but it’s nice when it does.”

Among the runs were also skipper Williamson, who made a 65-ball 55, and Henry Nicholls, who hit a fiery 124 not out from just 80 deliveries for his maiden ODI ton. It took New Zealand to their third 300-plus total of the tournament: 364/4.

Nicholls said the foundation set by Williamson and Taylor after losing the openers early helped him add ” bit of cream on top”. 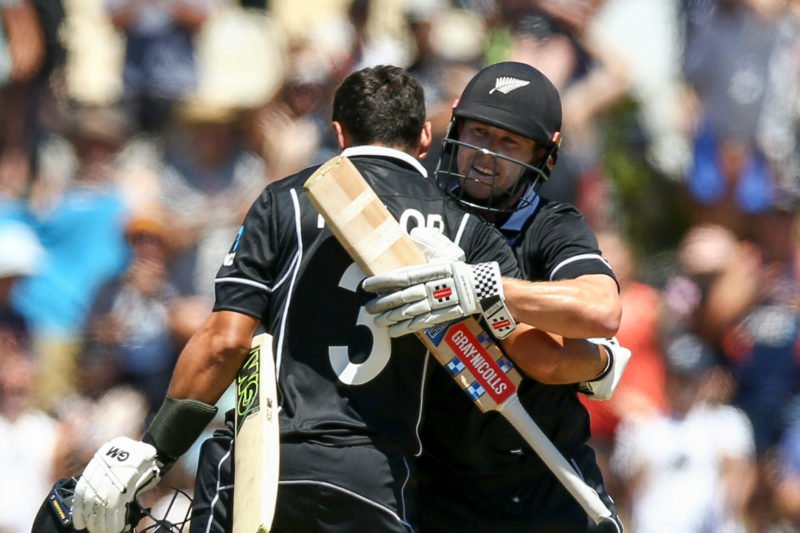 “It’s nice to contribute and it was nice to bat with Ross out there,” said Nicholls, who shared a 154-run fourth-wicket stand with Taylor.

“The consistency he has is testament to the experience and quality he has and it’s great to be able to bat with him in the middle and see how he goes about it. I learn from that every time I bat or train with him.”

Taylor too was heaped praise on Nicholls, saying: “I thought he came out and was busy from ball one and set the tone, which made my job a lot easier. I’m sure it’s going to be the first of many hundreds.”