Bangladeshi umpire Tanvir Ahmed, who made two incorrect no-ball calls, which resulted in on-field drama during the deciding T20I between Windies and Bangladesh accepted his mistake, and vowed to come back better.

Play was halted for eight minutes after Ahmed, for the second time in the same over, wrongly pulled up Oshane Thomas for a no-ball even though he had his foot behind the line on both occassions. The second instance also cost Windies a wicket as Liton Das had holed out, and that prompted their skipper Carlos Brathwaite raise a protest with the umpire after seeing the replay on the big screen.

The situation saw fourth umpire Sharfuddoula and match referee Jeff Crowe get involved, before it was decided that the initial on-field decision couldn’t be overturned. What incensed Windies further was that both the consequent free-hit deliveries were hit for sixes, giving Bangladesh a significant early boost in their chase of 191, although they eventually collapsed for 140 all out. 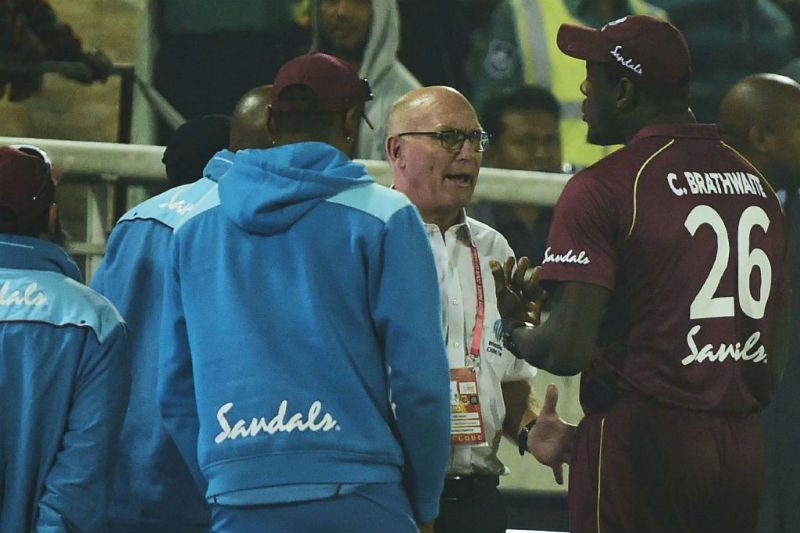 The controversy resulted in an eight-minute halt in play

Brathwaite remained upset after the match, even alleging that all close decisions throughout the course of the series had gone the home side’s way.

“For a young man who is inexperienced, Oshane Thomas was under the pump. To finally get a dismissal but the ball has gone to your name as free-hit, to bowl the extra ball with an extra run, obviously it messed his mindset,” Brathwaite had said after the match.

Ahmed acknowledged that he made a mistake, pointing out the difficulty of calling front-foot no balls as well as his inexperience in international cricket. But he vowed to make a strong comeback. 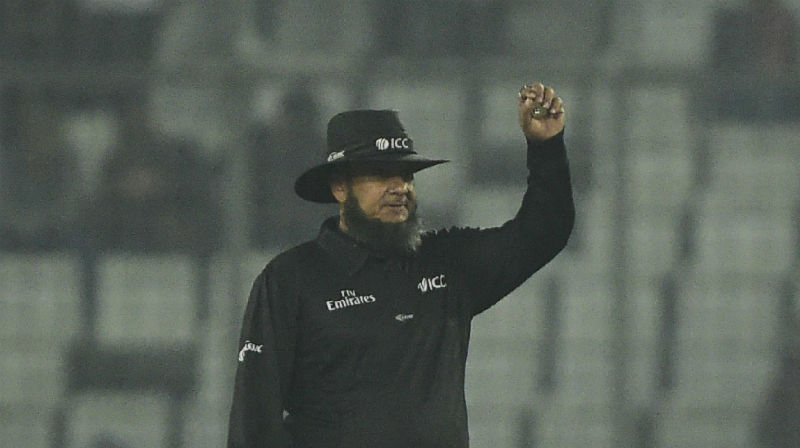 “I am new to international cricket, I made a mistake”

“In terms of a no-ball, there is always the issue of the foot and the line being close to each other,” Tanvir told Prothom Alo. “And if the bowler jumps quickly, there are occasions when it is difficult to spot it. I am new to international cricket, I made a mistake.

“If you look at my past, I don’t have a bad history. It was one mistake. Inshallah, I will come back well. Every person has good days and bad days. Yesterday I had a bad day.