Virat Kohli says he’s more assured of himself, while the Australians are a chastened lot, still working to rebuild trust and their image after the scandal at Newlands. As a result, India’s tour of Australia so far has seen a marked drop in acrimony.

The previous time the teams met, when Steve Smith’s men toured India, it got ugly, with stares, glares and send-offs aplenty, the mind games in full swing and Kohli all but calling Smith a cheat. On India’s 2014-15 tour to Australia, Kohli was among those who got into verbal spats with Mitchell Johnson and, of course, the Sydney crowd won’t have forgotten him flipping them off back in 2012.

In contrast, the lead up to the first Test in Adelaide starting Thursday, December 6, has been shorn of drama, with both teams making a concerted effort. 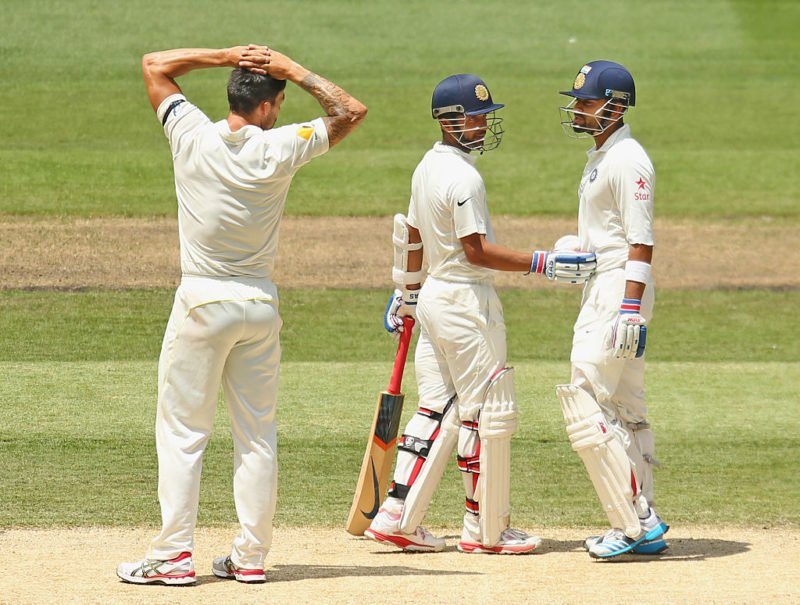 An inquiry in the aftermath of the ball-tampering affair criticised Australia’s “winning without counting the costs” attitude, and the team are conscious of that. Plus there’s the realisation that no good can come of riling up someone like Kohli, who lives for a scrap. India, meanwhile, aren’t keen to muddy their best chance of a series win in the country.

But will the good-natured respect last?

"Where the situations are difficult, you do find ways to upset the batsman's rhythm and I think a bit of banter there is not harmful at all"

Both teams had “crossed a line” in the past, admitted Kohli, declaring that while he didn’t see it getting as dirty as before, there would still be banter.

“I don’t see stuff happening, which has happened in the past, where both teams have crossed the line,” he said. “But still, it’s a competitive sport at the end of the day, it’s international cricket. We do not expect guys to just come in and bowl and just walk back.

“There are going to be times when you have to put the batsmen under pressure, not necessarily crossing the line, but just get into their heads, which you expect from any side in the world, not just Australia.

Based on performances in past Border-Gavaskar trophies, who makes your combined Australia/India XIs?https://t.co/zyr37xTVA6

“It is going to be there, but it’s not going to be at the level that has happened in the past where both teams have lost control.

“But the competitiveness will be there because you eventually want to get guys out if the situation is going your way and you understand you’re up against an important guy in the opposition, you will go hard at that person. Be it in your body language or just putting in a word or two.

“But I don’t see anything radical happening, because the skill-set is high, so we necessarily would not need to get into anything. But at times where the situations are difficult, you do find ways to upset the batsman’s rhythm and I think a bit of banter there is not harmful at all.”

Tim Paine, the Australian captain, said his team gave equal importance to winning and setting an example. “We play Test cricket to win, there is no doubt about that,” he said. “Clearly we’ve realised we needed to do some work in some areas, and gaining the respect of our country is as high a priority as is winning.”