The challenges of playing different formats for Australia, coupled with his poor form, left him feeling mentally exhausted and made for a challenging few months, Aaron Finch has said.

And, in the future, more players feeling similar stress would take a step back from selection, Australia’s limited-overs captain added, opening up about the rigours of international cricket.

Finch, 32, who has played 149 limited-overs matches, made his Test debut last year. While he began well against Pakistan in UAE, he struggled at home against India, scoring just 97 runs in six innings. He was left exposed by the new ball and dropped for the final Test, as India wrapped up the series 2-1.

A break from the game could help, he says.

His form woes continued into the ODI series, where he was captain, making 6, 6 and 14 as his side conceded the series. By this time he was mentally drained and had new respect for players who switch between formats.

“Probably the last six months has been the most difficult of my career in terms of chopping and changing formats,”  Finch said to SEN Breakfast. “Making my Test debut and playing a bit more Test cricket was probably a bit of a mental challenge more than anything.

“To play in Dubai and come straight back into an ODI and T20 series and Test matches and things like that, it’s probably been the longest sustained period that I’ve played cricket for Australia.

"The last six months have been the most difficult of my career in terms of chopping and changing formats"
“In terms of that, it was quite mentally challenging and something that I probably didn’t give the guys who played all three formats of the game enough credit in. You see them come off a Test series and come into the one-day game and you think, ‘Jeez, they’re a bit flat. I don’t know why, they’re playing cricket for Australia.’

“And it’s not until you’ve been in that position yourself that every now and then you need five minutes to yourself at times to get away. It might be a day or two. That’s been difficult – and on the back of not making enough runs myself, that makes it even more of a challenge.” 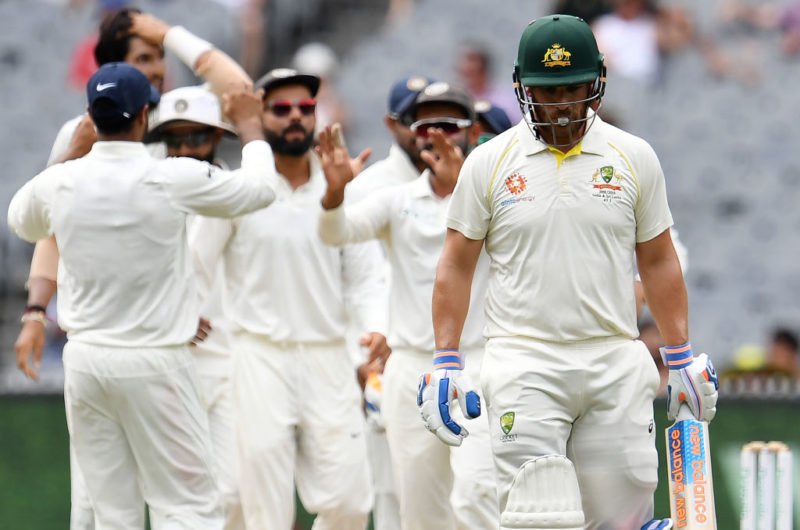 Finch had a torrid time in the Tests against India

The mental health of players has become a talking point in recent times, with team managements and cricket boards extending support to those that need it. In the Australian team itself, for example, 21-year-old Will Pucovski, one of the brightest young batting prospects, took some time off the game. He was then called up for the Tests against Sri Lanka, but was released from the squad ahead of the second Test to “continue managing his well-being” after he “reported some challenges”.

In England, the management has worked with wicketkeeper-batter Sarah Taylor to help her pick and choose tours as she manages her anxiety.

Even in less severe cases, according to Finch, more players will begin to let selectors know that they’re not fully mentally ready to play at their best.

Will Pucovski, with just eight first-class games to his name, has been called up to Australia's Test squad. https://t.co/uNNcB2OC6m

“I think going forward there will be times where players say, ‘Look, you can pick me if you like,’” Finch added. “Your heart’s still in it, your head’s still in it but you’re physically and mentally five per cent off or 10 per cent off.

Related Story: Cricket tours we’ve waited too long for
“In international cricket, that’s a long way from where the opposition are at a lot of the time so I think you will see that in terms of guys just being really honest and saying, ‘Look, I can play, but my heart won’t be in it or you’re not going to get the best result out of me.’

“Going back a few years there would be a lot of people who would look sideways at that and say, ‘You’re giving up your spot in the Australian side’, but I think it’s going to be crucial down the track.”