Eoin Morgan was understandably ‘very proud’ after England scored a world-record total and then crushed Australia by a record margin in the third ODI at Trent Bridge on Tuesday.

England scored 481-6, bettering their own previous world record – 444-3 against Pakistan – before bowling Australia out for 239 and thus taking an unassailable 3-0 lead in the five-match ODI series. The 242-run loss was also Australia’s heaviest-ever in ODIs in terms of runs.

“Certainly a day for everyone in that changing room to be very proud of. The level of intensity was different to anything we’ve done in the last three years,” Morgan said.

Related Story: Five questions that England’s tour of the Netherlands could answer

England got off the blocks in a rush when Jason Roy (82) and Jonny Bairstow (139) added 159 runs for the first wicket in just 19.3 overs. Thereafter, Alex Hales (147) and Morgan (67) helped the team capitalise on the start and hit the Australia bowlers to all corners of the park. 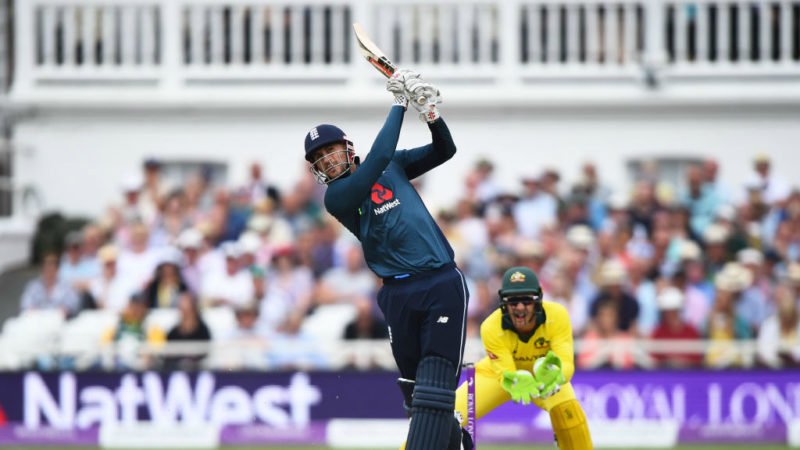 “Having been in the position that we found ourselves in today, with about six overs to go, we certainly never imagined after the game against Pakistan that we’d come close, past, and maybe stare down the barrel at scoring 500,” said Morgan.

“What’s most pleasing is the level of intensity that we operated at and kept continuing to operate at throughout the whole game. Every batter that came in, every bowler that came on, even though it was a really flat wicket, showed unbelievable attitude, which is all you can ask.”

England’s top three – Roy, Bairstow and Hales – did the bulk of the scoring and captain Morgan said that all three had made a strong case to fill the same slots at the 2019 World Cup. 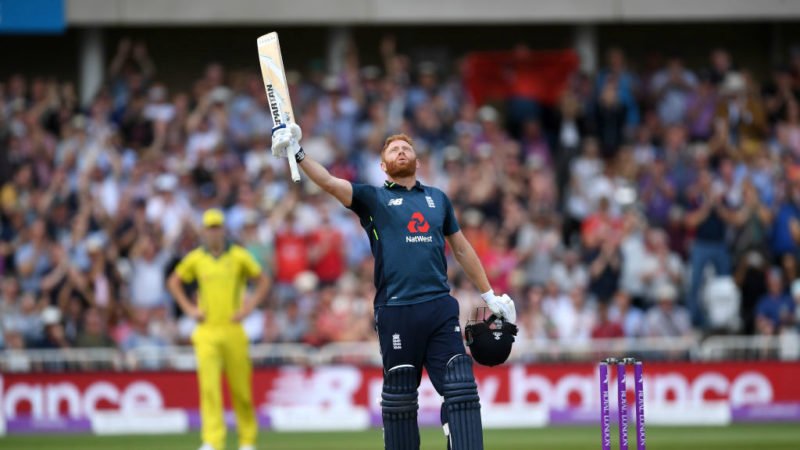 “I suppose the pride which everybody takes in appearing in the XI, or even being in the squad, is huge. It is difficult to keep everybody satisfied,” Morgan said. “But we’ve said this for the last three years, that we want a squad of players so by the time the World Cup comes around, the in-form guys are the most likely to play. All three of those are putting themselves right at the top of the list at the moment.”

"The sky’s the limit with these guys"

England’s turnaround in limited-overs cricket since the 2015 World Cup, when they were eliminated in the group stage, has been terrific. They are the No.1-ranked team in the world and have reached the knockouts of each of the two ICC tournaments held since the World Cup – the 2016 World T20 and the 2017 Champions Trophy. 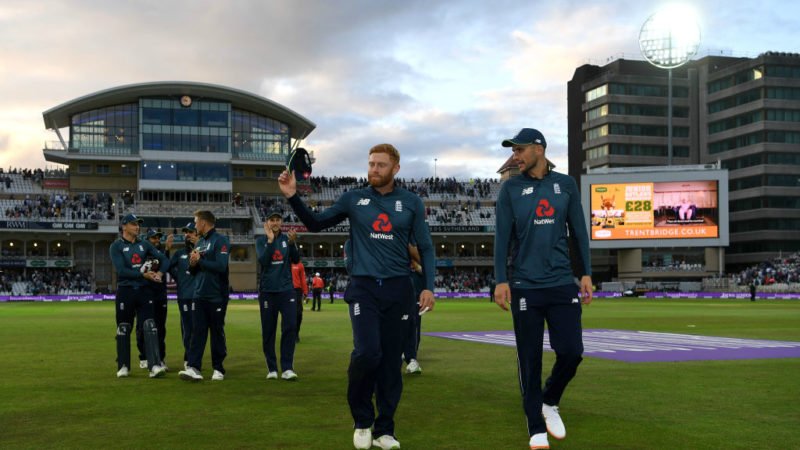 “I think the World Cup contributed to it massively, realising that 300 just wasn’t an acceptable score, a winning score, and being good enough to going and getting 350,” said Morgan.

“It took us quite a while to get there, but certainly in that New Zealand series (in 2015), we identified that we needed to be good enough as a team to post a match-winning score with the bat, as opposed to previous teams where if someone got over 300 we simply couldn’t chase it down. Because it was something we didn’t practice, something we didn’t preach about.

“But this group of players is … a bit like today, the sky’s the limit with these guys. Having an open mind about what we can achieve is important.”