Ben Gardner takes a look at four players for whom Kia Super League Finals Day could mean a little something extra.

After Finals Day on Monday, the Kia Super League will exist for just one more season, with ‘The Hundred’ set to take its place in 2020. During the course of the competition, the realisation has dawned ever stronger just how much of a shame that is. This year’s Kia Super League hasn’t just been the biggest, with double the games in the group stages, it’s also been the best.

The main reason that this year has topped the rest is that it’s the closest the tournament has come to satisfying its two most important but potentially conflicting aims – putting on a stage for the best players in the world to strut their stuff, attract crowds and engage new fans, while serving as a stepping stone between domestic and international cricket.

In 2016-17, and especially with the bat, it had felt that too much was being done by too few. From the very first game of 2018, when Sophia Dunkley smashed 66 from 43 balls from No. 6 against Southern Vipers to become the first non-international half-centurion in the KSL – she has since been joined by Lancashire Thunder’s Ellie Threlkeld and Eve Jones – it felt this would be the season the unknowns came out of the shadows. 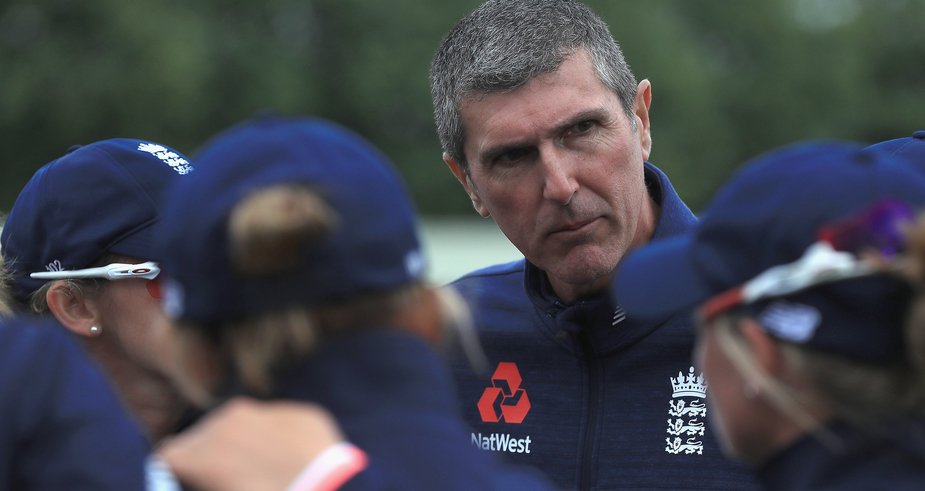 And not before time too, from an English perspective. With a World T20 mere months away, and spots left to be filled, the number of players who have made claims is encouraging. For these players, Finals Day is not just a chance to help their teams chase glory. It’s a final chance to impress the man who matters most, England head coach Mark Robinson.

“In my mind I have 10 slots on the plane taken, so there are five up for grabs,” said Robinson. “We’d be silly to just base it on Monday. We will look at what people have done over a period of time, but Monday does add an extra dimension. I’ll be watching it knowing that I’m undecided on those five spots.

“Players outside the current squad like Freya Davies, Linsey Smith and Sophia Dunkley have had good tournaments. We’re watching to see how they perform on the day. 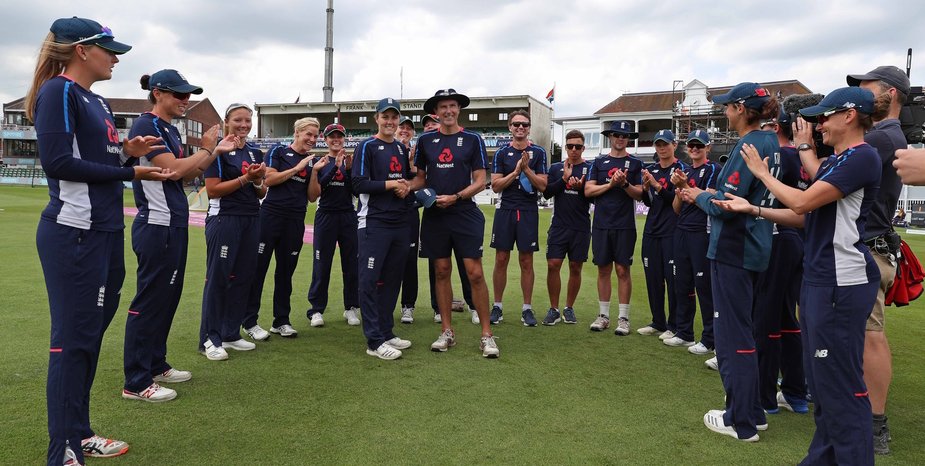 “There are also some others that have played for England, the likes of Fran Wilson, that we want to use Monday as an opportunity to show they can stand up and win big games. We are looking for players who can perform when it really matters.”

Below we take a look at the four players mentioned by Robinson, why they’re in the spotlight, and why Finals Day is so important to the causes.

Why England are interested: For performing when it matters, Dunkley stands out. That 66 – the highest score made by anyone batting at No. 6 or lower in the KSL, WBBL, and T20Is combined – came with her team in desperate need at 18-4, while a last-over boundary off Storm’s Anya Shrubsole in Stars’ final group game sealed not only their highest ever KSL chase, but also qualification for Finals Day. Pressure, what pressure? 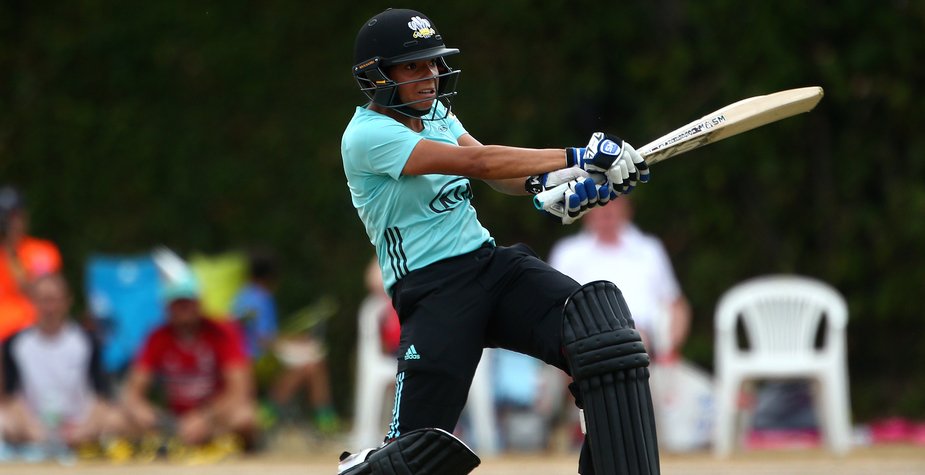 Dunkley is a highly promising youngster, but does she possess the big-game prowess to make the England squad?

She has a string of impressive Academy performances, including a 91 against New Zealand to her name, while her leg-spin is decent and rapidly improving, and could be vital in the play-off against Storm – in two games against them this season she took 3-18 to seal Stars’ first win of the season, and 0-21 from four overs to keep that record chase within reach. She also impressed in a losing cause in last year’s Finals Day playoff.

Why Finals Day matters: For all Dunkley’s promise, she’s had an up-and-down campaign. That opening-day half-century remains her only score above 10, and while there have been strong outings with the ball, there have also been days when it’s been long-hop or full toss with little in between. Notably, she was hit for four successive sixes by Lightning’s Sophie Devine. She already looks like she might be England’s next superstar, but doing it again when it counts might convince Robinson that she’s for the now as well as the future.

Why England are interested: Her 81 in England’s opening World Cup game against India last year was a sparkling effort, coming from 75 balls and almost rescuing a stuttering chase. It looked like a breakthrough knock, not just because it was her first international half-century, but because of the cool head she showed on the biggest stage she’d yet encountered. Her gun fielding too set her apart on her early forays into international cricket. 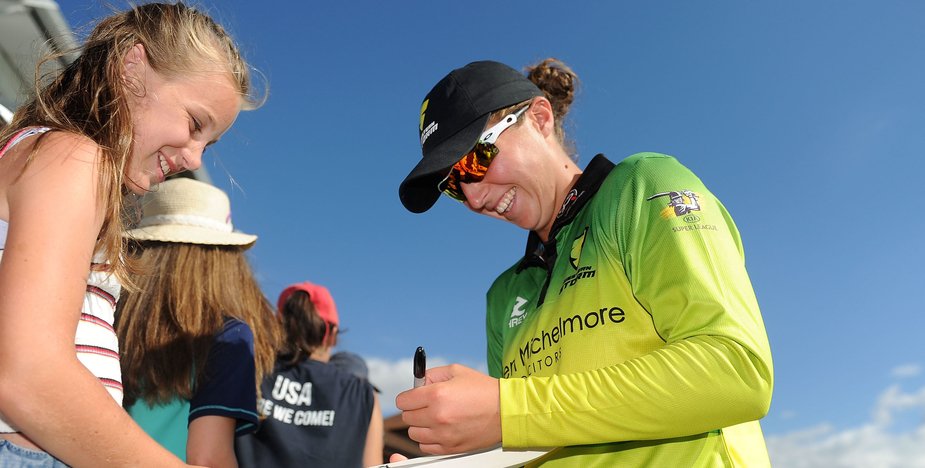 Wilson has tasted some success with England before, but needs runs on Finals Day to be granted a place on the plane

Why Finals Day matters: Since then however, she’s struggled, and with Bryony Smith, Alice Davidson-Richards, and Sophia Dunkley all emerging as batting options, and Danni Wyatt surging back into the frame, Wilson has slipped down the pecking order to the point where she’s not even guaranteed a World T20 squad berth.

The excellence of Smriti Mandhana and Knight has meant she hasn’t got much chance this year for Western Storm, and in the last two games, when she has got some extended time in the middle, she’s failed to score quickly, making a combined 49 off 50 balls across both innings. In Mandhana’s absence, she might get promoted to No. 3 for Finals Day, but a brisk knock or two could still show she can still be the player to add the finishing touch to an innings at No. 6 for England.

For the other three mentioned by Robinson, you expect their chance in an England shirt will come sooner or later, with the only pressing issue whether or not they make the cut for the World T20. For Fran Wilson, Finals Day could be something of a last chance saloon. 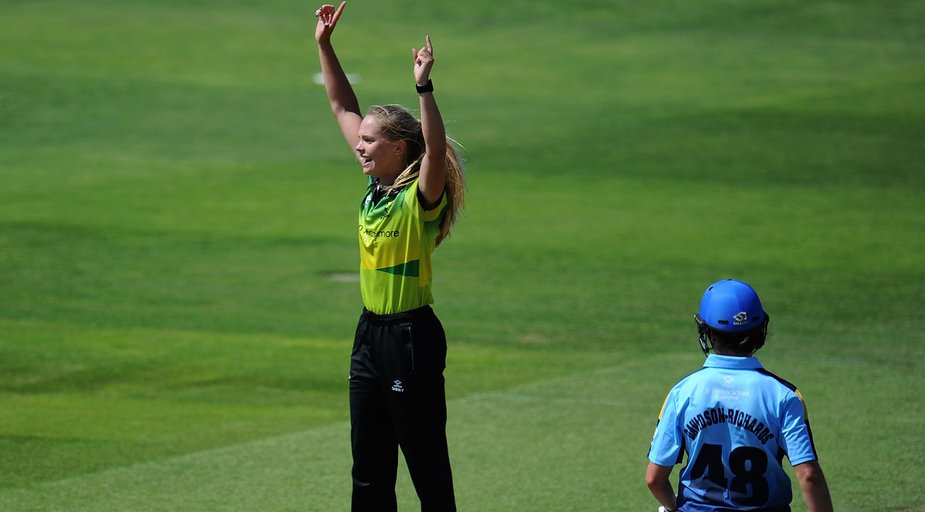 Why England are interested: Davies’ figures aren’t immediately eye-catching – she has gone at just over eight an over, and on only one occasion has taken more than one wicket in an innings – but she has that rare commodity – pace. Robinson has shown before that he values raw speed at least as much as raw numbers. “Watching Katie George bowl [for Vipers] in last year’s final, I absolutely loved it,” he said after selecting the left-arm quick for England for the first time. “She raced in, she bowled quick. She absolutely went round the park, but she kept running in fearlessly and bowling.”

Why Finals Day matters: It was one thing selecting George for a couple of inconsequential tri-series. It would be quite another to pick a raw quick for a global tournament. Last year at Hove, Robinson was impressed not just by George’s pace, but by her poise. “Live on TV, with 5,000 at Hove,” he said. “That wasn’t a player shrinking; that was a player having a go.” To truly make her case, Davies will need to showcase the fire that’s got her this far, while also displaying the cool and control that would indicate she’s ready to do it straight away on the biggest stage possible.

Why England are interested: Linsey Smith’s story showcases the best of the KSL – an unknown, who would otherwise have slipped through the net, tearing it up and breaking into the England frame. At the start of the 2016 season, she wasn’t even in the Southern Vipers squad. Then, on debut, she took 4-10 with her left-arm spin, and she hasn’t looked back. That Smith is now being mentioned as an England prospect by Robinson would have been unthinkable three and a bit years ago, and unthinkable without the KSL. 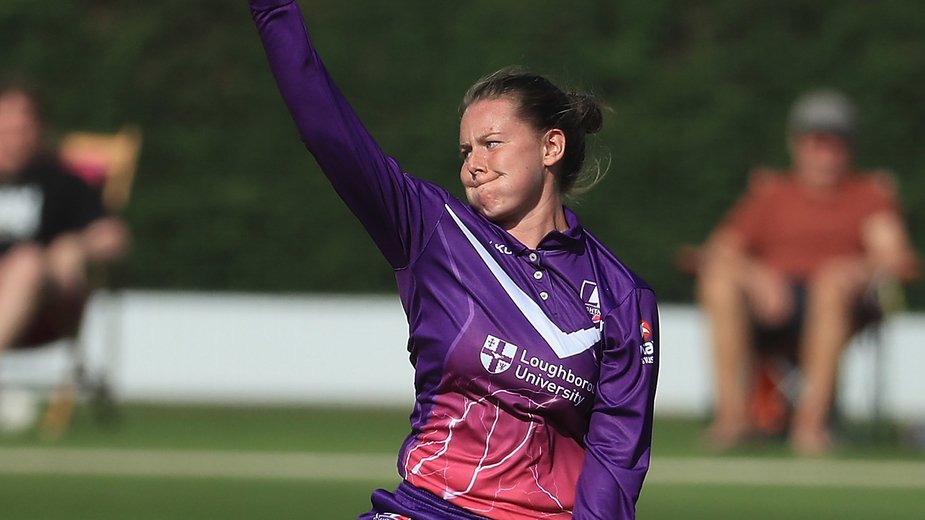 Why Finals Day matters: Through the KSL Smith has emerged as one of the leading spinners in the country, but therein lies the issue, in that she is only one of a number of skilful slow bowlers England have to call on. Even narrowing it down to left-armers, there is Sophie Ecclestone and Alex Hartley, two of the leading exponents of their art in the world. In another era, Smith might already be playing for England. But as it is, she may well need an outstanding Finals Day performance to properly make a claim.

Then there’s that issue of being able to “perform when it really matters”. Smith has been a group stage god in the KSL, and it’s surely no coincidence that every team she’s played for has topped the table. But in two Finals Day appearances for Southern Vipers, she’s bowled six overs for 66 runs, and claimed just one wicket. She’ll be hoping a change in team colours will bring with it a change in fortune, because she is yet to show that she can handle the pressure of the big occasion.