West Indies arrived for the 1991 Wisden Trophy not having lost a Test series for 11 years, while England had just been resoundingly beaten by Australia. It looked set to be a miserable summer for fans of English cricket. The reality, writes Rob Smyth, was something quite beautiful.

I don’t really know how I became interested in cricket. None of my family or friends much liked it, and the only yellow book in our house was the one JR Hartley used to find a copy of Fly Fishing. The first two Test series I watched, in the late 1980s, were England 0-4 West Indies and England 0-4 Australia. Teenagers tend to gravitate towards the successful; this was not so much glory-hunting as misery-stumbling-across.

It should really have driven me back into the bosom of football or the ZX Spectrum. I think I came back for more cricket because of a fascination with the sheer detail of a scorecard. There were so many numbers to satisfy the dominant maths geek in me, and through those numbers I accidentally stumbled upon the really good stuff – the stories and characters. I had no idea at the time, but cricket was the reason I went from being a numbers person to a words person.

It turned out that being born into such sporting poverty was a blessing, because it heightened the appreciation of every achievement – especially in the early years. The current team have a hugely infectious brilliance but, apart from the World Cup, there is no new ground for them to break. With the inevitable exception of 2005, I’m not sure any series has provided a fuzzy glow to compare with England’s 2-2 draw with the West Indies in 1991.

That might seem very England: a triumphant, er, 2-2 draw at home against a team who are now crap. You had to be there – or, at least, at home watching it on the BBC – and if you were you’ll know this was an almighty achievement. The previous winter, when England were walloped 3-0 in Australia, Graham Gooch said it was like “a fart competing with thunder”. And then the fart had to compete with the apocalypse! West Indies had not lost a series to anyone since 1980, and had beaten England in seven consecutive series over a 15-year period.

This was 2005 without the MBEs: a series full of great cricket and rare goodwill, with a happy ending for England. Unlike the Ashes, England did not need to actually regain the Wisden Trophy to put a full stop on an era of beatings. In the Guardian, Mike Selvey said the draw represented “quite possibly the most stirring of post-war deeds and arguably the grandest of them all”. 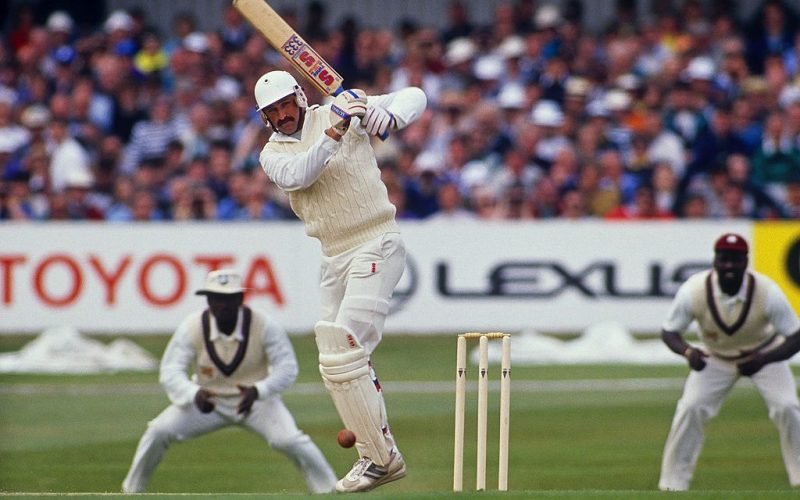 I feel like I saw most of the series but that can’t have been the case. I was at school for the first three Tests, struggling with my twin nemeses of puberty and poetry. Cricket is one of the few sports where you can feel like an expert despite seeing only about 10 per cent of the action. After school I would rush home for the evening session and try to work out the story of the day before the full scorecard appeared. The clues could be anything from the identity of the non-striker (what the hell is Derek Pringle doing in before tea on day one?) to a perceived weariness in Jack Bannister’s voice or, if England were in the field, the angle of Graham Gooch’s shoulders. For two or three minutes I would piece everything together before the scorecard came on screen and confirmed that, yep, Curtly Ambrose had dismissed Graeme Hick cheaply again.

I’d moved schools by 1991 and had a few mates who liked cricket. The school’s first language was football, however, so cricket was still a very personal experience – even more so when I got home. Nothing needed social or digital validation, and the closest thing to a second-screen experience was my homework. I was alone but I certainly wasn’t lonely, even if there’s probably a legover joke in there somewhere. 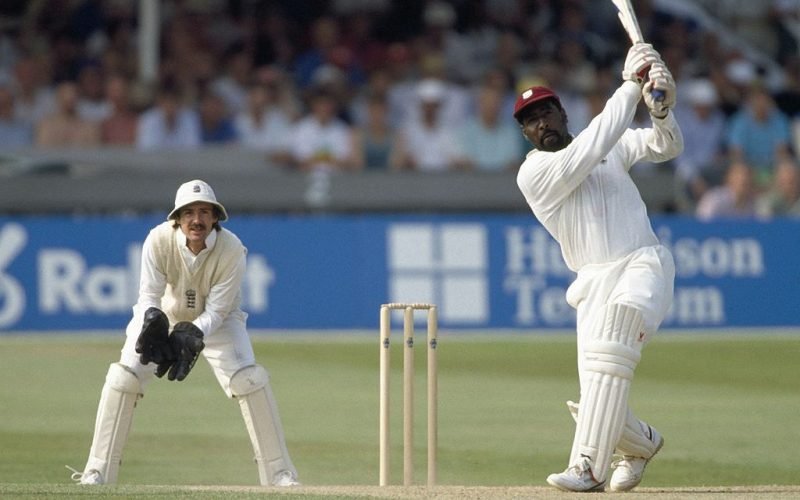 Cricket was my cool band – well, okay, my alternative band, and an early source of the rewarding illusion of individuality that was possible in a predigital world. I can still see the look of puzzled contempt on the face of one classmate when I told him I was buying the Daily Telegraph to read about a cricket match that had happened in Pakistan almost 36 hours ago.

It all feels precise and vivid, from that lovely period between the ages of 10 and 30 when memories take out a long-term lease in the brain. Watching highlights of the 1991 series on YouTube, I could almost smell Lynx Mirage, hear I’m Too Sexy, see Doogie Howser MD. (I’d love to claim I was watching Twin Peaks, but, well, no.) It was the summer of Right Said Fred, the Chippendales and two magnificent slabs of bristling masculinity: Graham Gooch and Robin Smith. If I had been physically capable of growing a moustache in tribute, I probably would have done. “It would hardly be an exaggeration,” wrote Scyld Berry in Wisden, “to say they both batted virtually as well as humanly possible.” 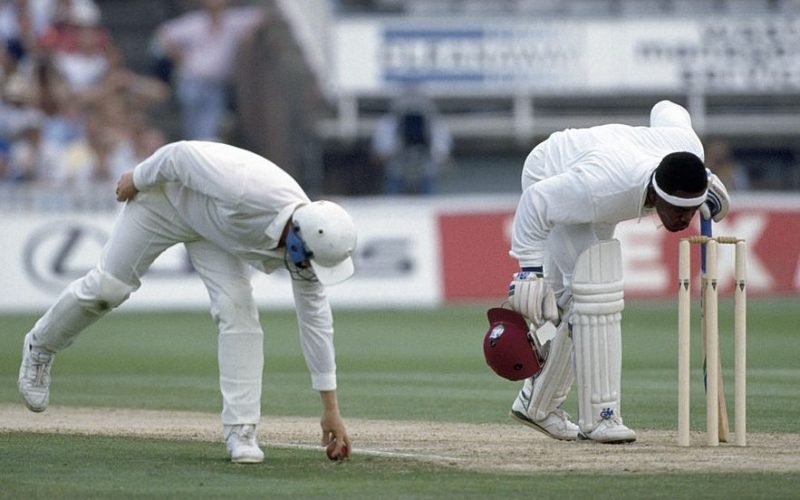 Desmond Haynes kisses the stumps after a lucky escape

The drawn series was a particular triumph for those two and Phil DeFreitas, who was among the world’s best bowlers for a couple of years before the England selectors decided to drop him for the 479th time. Smith’s 148 not out to save the Lord’s Test was his greatest innings; Gooch’s 154 not out to win the first Test at Headingley was the greatest innings, and always will be.

I was fascinated by Mark Ramprakash’s heroic odyssey in his debut series – as well as seven of his nine innings, his average, strike-rate and number of boundaries also got stuck in the twenties – and Phil Tufnell, the bad boy who was recalled for the last Test at the Oval. I had never seen an England spinner win a Test and, though I knew West Indies were a flight risk worth taking after reading about Abdul Qadir, Narendra Hirwani and even Allan Border, it was entirely surreal to see an England spinner tossing the ball up, never mind taking 6-4 as a succession of batsmen tried to airmail him to a new postcode. 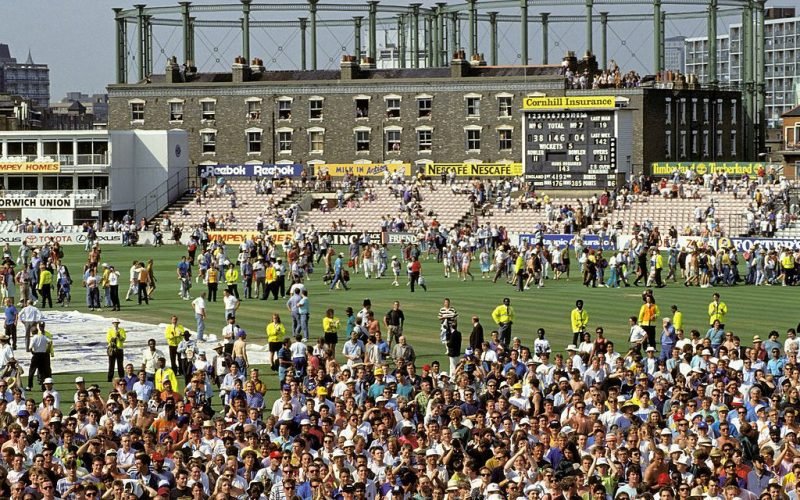 There was a benign goodwill to that final Test. Sir Vivian Richards, Malcolm Marshall and Jeff Dujon ended their international careers, while Sir Ian Botham provided the feelgood hit of the summer when he pulled his first ball for four to finally win a Test match against the West Indies. Lance Gibbs, West Indies’ manager, described it as “the happiest and most sporting of tours I can remember”.

I assumed life and cricket would always be this happy. I had no idea that the disturbed, complex psyche of the 1990s English cricket fan would have driven Freud to become a wool merchant like his father. I didn’t know that brilliant young talent could go sadly unfulfilled, as Ramprakash and Tufnell would; that within 18 months England would once again reside at Rock Bottom; that the West Indies had started an inexorable decline; or that the next time I’d see the kid from Doogie Howser would be in a film called Harold & Kumar Go To White Castle. And I couldn’t have comprehended that within six months Syd Lawrence’s career would be all but over, and that Malcolm Marshall would die in 1999.

Knowledge is power but it also deflowers. In the summer of 1991, I was ignorant of cricket and life. My parents were right: I was in my own little world, a kind of cricket themed Hovis advert. Twenty-five years later, when every experience is shared whether you like it or not, that homespun life is something to cherish – and to revisit, via the DeLorean of YouTube. To some, the past isn’t a foreign country at all; it’s a home county, warm and comforting. The future’s yours but the past was mine.