Stalwart clubbie Scott Oliver delves deep into the rarefied and not unintimidating world of the club cricket. He’s seen a few…

We’ve all been there. Business end of the season, you drive on to the ground of a team pushing hard at one end of the table or the other when you suddenly spot a 6ft 6in West Indian standing on the square, nonchalantly perusing his place of work. Who the f*** is that?! A slow, gurgling panic wells up, heart going through various time signatures as it dawns on you that the daydream of a sedate 70-odd against Jack Whang’s mediocre medoes has been replaced by the reality of repelling jagging, angular exocets, many of which will leave their purple signature on your soft flesh. The opposition know all this, and wear gleefully sadistic smirks that you’re desperate to wipe from their faces. Even so, you’re dimly aware that today’s bitterly resented white-knuckle ‘thrill’ will probably become – provided you survive it, of course – tomorrow’s beerily amiable yarn.

The encounter with the international-quality overseas professional – an experience denied to recreational players in most other sports – is now into its third century, stitched deep into the English cricketing fabric. It’s also an opportunity that’s slowly fading as the cricketing world beyond the leagues, and the outlook of those within, changes out of all recognition.

The mythical figure of the club pro emerged with the rise of league cricket under smoky industrial skies at the fag-end of the Victorian era. The Birmingham League came first, but the Lancashire and Bradford Leagues were the  primary crucibles of this new, hard-edged, hard-nosed, hard-arsed professionalism. Clubs were run as businesses, and if a big-name pro could put a few thousand on the gate then bald economics suggested it was a sound decision. And in a time of limited mobility and leisure possibilities – no cars, no TVs – when the local cricket club provided a focal point for the community, it frequently was, too.

It could also be remunerative from the players’ point of view, with the tradition of the ‘collection hat’ providing the opportunity for locals and professionals alike to trouser a few bob: “For workers in the cotton and woollen mills,” writes Harry Pearson in Slipless in Settle: A Slow Turn Around Northern Cricket, “hitting a fifty on a Saturday afternoon might bring them the equivalent of three months’ wages.”

Famously, SF Barnes was picked for England while playing only league and Minor Counties cricket, reckoning that signing for one of the first-class counties would diminish his earning potential. By the 1930s, the West Indian great Learie Constantine, professional at Nelson CC, was the highest-paid sportsman in the country, and even by the 1970s the money available in club cricket could on occasion eclipse that in the professional game. The Lancashire and England fast bowler Peter Lever tells a story of winning Man of the Match in the Sunday League at Old Trafford, then scooting over to watch his brother Colin play in the Central Lancashire League, a game in which he scored a hundred and took a five-fer. Peter’s reward for his efforts was £5, while his brother, benefitting from a double collection, pocketed over twice that amount.

Beyond the pro’s importance to the balance sheet, there was the less quantifiable, though no less significant matter of local pride. Indeed, clammy parochial one-upmanship often drove a sort of ‘arms race’ whereby if one club in a league hired a top gun, it almost obliged you to follow suit. Thus, in 1981, the Lancashire League’s amateur batsmen – the bakers of Bacup, accountants of Accrington and columnists of Nelson – would have had the pleasure of facing Andy Roberts, Michael Holding, Kapil Dev and Franklyn Stephenson (a lot of mysterious illnesses and short-notice holidays)! Numerous other luminaries have graced the league, including Steve Waugh, Dennis Lillee, Allan Border, Allan Donald, Clive Lloyd, George Headley, Wes Hall, Viv Richards and Shane Warne.

Of course, with players of that level, a club match might boil down to Pro vs Pro, although that would bring its own pressure to perform. When a young Dean Headley was released by Worcestershire, his mentor, Clive Lloyd, advised him to play a season of league cricket. “The reason why was pressure,” Headley recalls. “I earned 100 per cent more money playing club cricket than being a professional the year before. But if someone’s giving you, say, £200 a week, board and lodgings, that’s their money. These are working-class, hard-working people, so you put in.”

Since the 1990s, however, there has been less and less genuine stardust sprinkled across league cricket. The encroachment of international schedules on the English summer – not only Tests and the slew of meaningless ODIs, but also ‘A’ Tours, Emerging Player Programmes, training camps, and recently the mushrooming of domestic T20 leagues – has restricted the availability of the big names, while the earning potential for globetrotting T20 cricketers has meant they simply don’t need to risk their thoroughbred limbs on pitches of dubious reliability. 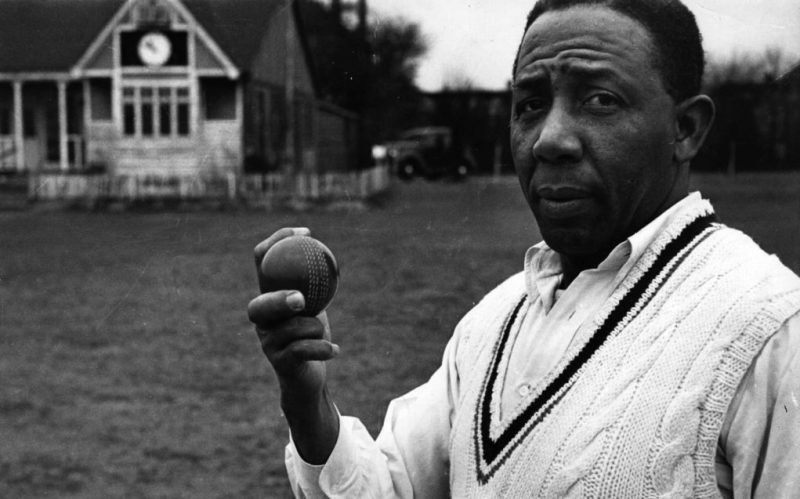 By the 1930s, Learie Constantine, professional at Nelson CC, was the highest-paid sportsman in the country

While value for money and quality can still be found, particularly in players from poorer nations, the ripple effect of the post-9/11 tightening of UK Border Authority (UKBA) criteria for migrant workers has also discouraged that recruitment avenue. Nowadays, to pursue any overseas pro option, clubs must jump through various bureaucratic hoops. First, they have to obtain a Sponsor’s Licence from the ECB, in agreement with UKBA (£500 for four years). Then a Governing Body Endorsement (£35) must be acquired by providing various documentation about the potential recruit: police check, contract, proof of five first-class appearances in the previous two years, coaching certificates or enrolment on a Level Two course. The GBE number is then sent to UKBA to receive a Certificate of Assignment, which is forwarded on to the player to present at his local consul. Once the player has been approved, two officials of the club must then vouch for his whereabouts at all times, with the club liable for fines and even prison sentences. Can you imagine chaperoning a 21-year-old Shane Warne?

All of this necessitates a decent stash of paracetemol before the season begins, but if your professional is called away during a campaign then it can be a nightmare trying to get good quality deputies – assuming league regulations permit them – at short notice. Opportunist agents (if that’s not a tautology) sniff the possibilities of a seller’s market…

My club found this out at first-hand over the course of three seasons – 2008 to 2010 – when three consecutive professionals were requisitioned for higher honours. Rangana Herath being called up for Sri Lanka in 2009, followed by a then-unknown Mohammad Irfan – as in: Who the eff is that?! – not even making it over, obliged us to shop around for subs for 22 straight weeks, a chore complicated by a recent rule change allowing subs to represent only one club per season.

One week, we had a tubby, balding 39-year-old spinner – swiftly nicknamed ‘Dev’, after the Coronation Street character – who played in silver trainers and a baseball cap. Worn backwards. Another week, a contracted player at Worcestershire agreed a fee on Tuesday only to ‘upsell’ at 7pm on Friday, demanding an extra £70 to make the journey, realising we were over a barrel. (It later transpired that he was available because he’d also told the Birmingham League club to which he’d been farmed out that he was injured.) 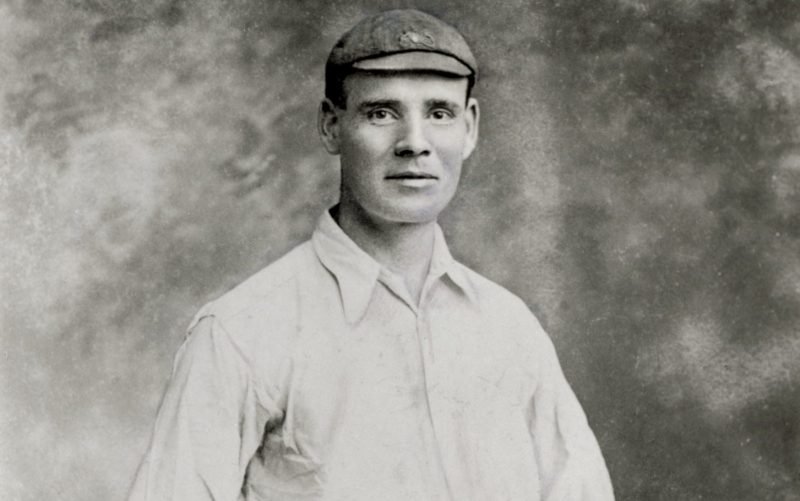 Of course, such skulduggery is very much the exception. Imran Tahir, having been commandeered by Hampshire midway through the 2008 season, would phone the club on Thursday afternoons, imploring us not to hire a sub if he thought their game would be finished early. He’d then drive up from Southampton to Stoke to play, before heading back south that night. He was there on the final day, taking the wicket that won the league. And he visited us this summer while briefly at Notts, catching up with old friends.

All of which brings you back to the fundamental question of what a professional is for. Are you simply buying an increased capacity to win a game, a vicarious enjoyment of your own purchasing power (kiss the chequebook!), regardless of the hired help’s character? Do you simply want him to roll the opposition for 60 and, if required, get half of them himself, before disappearing until next Saturday, or do you want that player to be a focal point of the club, to buy into what you’re doing, to nurture young talent and inspire the older guys? Clearly, there are no right answers here, morally or otherwise.

Nevertheless, there’s little doubt that a sea-change is happening in club cricket, and some of these questions are becoming less pertinent. The once-revered figure of The Pro is receding, losing prestige as a result of declining availability and quality, and even meaning, as leagues open up to semi-professionalisation, with no restrictions on who gets paid. Chuck in those stringent UKBA controls, and more clubs are choosing to spend their budget on a few local players (or a no-frills ‘overseas amateur’, here on either a Sports Visitor Visa, in which case they cannot be paid, or a Youth Mobility Visa), players who not so long ago would have turned out for nothing or, at worst, a bit of boot money. Shamateurism has come out of the closet.

The once-revered figure of The Pro is receding, losing prestige as a result of declining availability and quality

While this provides a new opportunity for young men to earn a living within the game (from playing and coaching combined), you have to wonder whether the money once lavished on star names being spent on run-of-the-mill locals is slowly creating a culture of mediocrity. Is it really Raising the Standard, to cite the title of the report behind the formation of the ECB Premier Leagues, the establishment of which in 1999 was predicated on turning the recreational base into a more streamlined conduit for the upward flow of talent into the professional ranks?

Moreover, the penetration of market forces into cricket’s grassroots inevitably frays at its crucial fabric of love and loyalty. Young players become acutely aware of their worth (if only because they field calls from several captains each winter, trying to surf the churn of players), effectively commodifying themselves. It’s a microcosm of Premier League football ‘player power’. Sure, progressive clubs with small revenues can try to do the right thing, invest in infrastructure, develop a crop of youngsters. But they will always be vulnerable to having them cherry-picked by a rich neighbour once that crop is ripe. The ‘feeder club’ then inevitably becomes demoralised at their Sisyphean reality and the ever-deferred shot at glory – surely, the incentive for the investment of time and passion – while the bedrock of volunteers grows resentful. Is that the recreational cricket culture that the authorities desire? The landscape is changing alright.

And yet, while the star overseas pro undoubtedly brought a different atmosphere, a different experience, in the vacuum they leave behind, there will be more on-field self-reliance from teams, more opportunity for youngsters. Equally, glass half-empty now, the net result might be that the hot-housing effect of pitting your wits and doing well against a Test cricketer – confidence being arguably the best development tool of them all – is lost for good (along, of course, with the fisherman’s recollections several years later).

Incidentally, that 6ft 6in West Indian was Franklyn Rose. Knocked my off stump into the next parish, third ball. Shooter. Confidence briefly dented, but I lived to tell the tale…