Back in 2013, Andrew Flintoff, one of the game’s finest all-rounders, picked out the toughest opponents of his career.

I played against him at the back-end of his career so I never got the full wrath of him but he was ridiculously good. He just did things that you couldn’t explain. I remember when we were playing for Lancs against Kent, Carl Hooper wouldn’t wear a thigh pad because he thought his legs looked big in them and Wasim hit him two in two balls flush on the thigh! He was one of those players who just made something happen. From nowhere, he’d just start reverse swinging it.

In my first game at Hampshire, Bumble, who was Lancs coach at the time, said, “Fred’s got to field at slip, he catches pigeons.” So I was standing at second slip, having eased Neil Fairbrother out – he wasn’t happy! – and Wasim’s bowling. I’ve never stood so far back to a bowler in my life! Miles back. Third over of the day, the batsman edged one and it just hit me on the chest. I ended up dropping three in the first hour of the day. Wasim was going mad and said, “Get him out of there!” Then Neil Fairbrother pipes up: “Chuck him a pigeon, he catches them.”

“The British invented this game and they thought it belonged to them, so we had to make sure we beat them.”

Adam was a tough competitor and a good mate. As a captain tactical knowledge is one thing, but it’s having everyone behind you that’s more important. You could make the best decisions but if nobody’s into them then it doesn’t really matter. You can make the worst decision but if everyone backs you, you can pull it off. I think Adam had that. Sometimes he made the wrong decisions but he had everyone buying in to what he was doing and had everyone right behind him. He led by example. He’d almost do things just for effect, just to show how tough he was. I saw him tackle a horse once in Kent. He ran straight into it, knocked it over…

Bit of a bogie for me! He used to bowl these little floaters, like a club bowler, and because it took so long to come down it confused me!

I remember playing against Kenny Benjamin when I was 13 or 14. I’d just moved clubs to St Anne’s in the Northern League and that backfired a little bit. I played in the fourth team in my first game for them, then played a couple in the second team and then got in the firsts. I was playing at Netherfield and Kenny was their pro. He was very, very quick. My team were like, “Go on, son! Get in there!” so I got put in at No.3. I didn’t own a helmet – I just had my Lancashire schools cap on, which he tried to knock off! I got one shortly after that…

He was a big man. He just used to come at you with that big front foot. He was one of the few batters you bowled at that you just knew the bouncer was a waste of time – it would just go for four or six. The funny thing about Matt is he gives it the big ‘Raaaargh!’ but I played with him at Chennai and he’s the softest man ever. He’s such a nice bloke, the type of bloke you just want to spend time with. But he was tough to bowl at.

I upset him in one of my first games for Lancashire. I was 17 and playing against Hampshire and he was 96 not out overnight. We had a team meeting in the morning and Mike Watkinson was talking through how we were going to get Matt out when Neil Fairbrother piped up: “Someone needs to upset him, someone needs to have a right go at him, sledge him.” I was just minding my own business but I could feel everyone looking. “Why me?” I said. “Well you’re the youngest.”

First over of the day, Gary Yates is bowling off-spin and I’d been put at silly point – the worst position to be. “He’s a big ‘un, this lad. Who’s this?” I said as Hayden came out to bat. He looks at me. “You alright son, what’s up?” I said to him. I just started going at him, calling him “son,” “kid,” just trying to talk down to him. Then Yates bowled this one short outside off stump and he tried to hit it so hard at me that he nicked it behind to the keeper. Matt looked at me and he had steam coming out of his ears! The dressing room at Southampton was on stilts and you could hear him just smashing it up, the whole room was shaking! When I walked out to bat in the second innings he said, “Here he is! This game’s got a funny way of biting you on the arse.” I got my first hundred and when I got there I said, “Alright, Matt. Not much biting today!”

I did okay against left-handers. I’d come round the wicket and my action lent itself to nipping it away or just bringing it back in on the angle. I remember I was bowling at Somerset and getting them down really nicely. First over I hit Justin Langer and I thought, “Marcus can have a bit of this as well.” He took me for about 15 in an over, just smashed me everywhere. I reckon he’s better than most in the world. He was unbelievable to play with and I reckon him and Harmy [Steve Harmison] were the two reasons we did well over that period of time. If you’re coming in to bat at No.6 and Marcus has just destroyed them, your job’s pretty easy.

I was clueless against him! He’s a good friend as well, which makes it even worse. He always got me out. He came into the dressing room at Lancs and just took over. He knew more about us than we did ourselves; he was like Ceefax – he just knew everything. The funny thing was I used to practise with him all the time and stand at slip, and I was starting to be able to pick him. Then when I played against him for England at Old Trafford, I’ll never forget seeing him practising at 8am in the morning, bowling at a spot and developing these new balls. When I came to bat against him I couldn’t pick him – he was just a different bowler again. He just practised and practised. He knew I couldn’t pick him. He just used to smile. 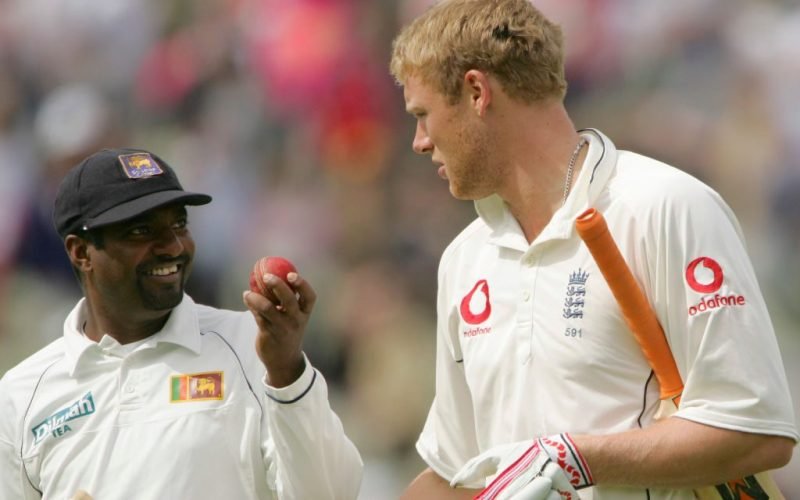 He just got me out for fun every time I played against him. Steve is a brilliant bowler and for a while he was untouchable. Part of the problem for him was that he was so good at one point he could never have kept that going. He was unbelievable. He bowled up to 97mph in his pomp, which is quick, but it was more about how awkward he was to face. When he got it right he swung it, got bounce and was nasty as well – in his own way, not ranting. I remember Chris Cairns coming out to bat against him and I’ve never seen a man look as frightened in my life – he was worse than me boxing! Harmy was bowling at the speed of sound and Cairns was stood two feet behind the crease – he didn’t want to get anywhere near it.

One of my heroes. I felt that when I faced the better players it brought the best out of me. Bowling at Tendulkar, you didn’t want to just get him out but you wanted to get his respect. You never said a word or tried to sledge him. Then when you were batting, you’d hit a good shot and you’d look around to him for a little nod, but you never got one.

"Bowling at Tendulkar, you didn’t want to just get him out but you wanted to get his respect"

He was horrible to bowl at. You’d think you’ve bowled a good ball and it goes to fine leg. How the hell’s he got that there? And then he does it again and again and again. We just got off on the wrong foot – really badly on the wrong foot! He started having a go at me and I had a go back and then during that series in ‘03 I don’t think I’ve ever abused anybody as much in my life. I used to walk him out and wait for him, and he’d do the same. I don’t know what happened! I actually chatted to him about it years later. Because he took over as a young captain he wanted to get the respect of his team and he wanted to be tough, so he went for me. I wasn’t not going to come back at him, was I? It was bizarre, terrible! The last Test match at The Oval we sat in the dressing room together for about two hours and had a few drinks and actually got on. Then we went to South Africa the following winter and I went out to bat and he starts up again. I said, “What the f **k are you doing?” I said something about him being a bad captain or something and then we were going at each other again. So I said, “Graeme, shall I take you out for a drink tonight?” “What do you mean?” he says. I said: “Well last time we had to go through 25 days of cricket to sort things out, let’s just do it tonight and then we can play cricket for the rest of the series.” He agreed and that was that. We’re good friends now.