A total of 332 players will go under the hammer in the IPL 2020 Auction on Thursday, December 19. Who among them figure to be the biggest gainers? Let’s take a look.

December might be the time to be jolly, but if you’re invested in franchise T20 cricket, it means serious business. So, while the rest of the world prepares to take in the festive season, it’s time to dust off the auction block and bring down the gavel for the auction, ahead of the 2020 Indian Premier League, the 13th edition of the flagship T20 showdown.

A total of 332 professional cricketers will compete for 73 available slots, meaning that approximately one in 4.54 players stands a chance of finding a buyer. Between them, the eight franchises have a total of INR 207.65 crore (£ 22.3 million) available to spend. But which players figure to walk away with the lion’s share of that money?

The South African-born England opener left no doubts about his utility to England’s world champion one-day side, after having a direct influence on his side’s results on the road to their maiden 50-over World Cup victory at home earlier this year.

In Roy’s absence, after a hamstring tear forced him out of the side halfway into the tournament, England slipped to defeats against Sri Lanka, in arguably the upset of the year, and subsequently Australia. It left their campaign hanging by a thread, but Roy returned to pulverise the opposition, as England steamrolled to victories over India, New Zealand and Australia, on the back of half-centuries from Roy on each occasion, en route to the final.

The one factor working against Roy is his middling 2019 Mzansi Super League, his most recent assignment, from which he returned with 118 runs in six outings. But those numbers hardly impair the macro picture: after stringing together a career that is one short of 200 T20 matches, and featuring 5000 runs and four centuries, there is little to suggest that he wouldn’t be a hot pick at the auction. 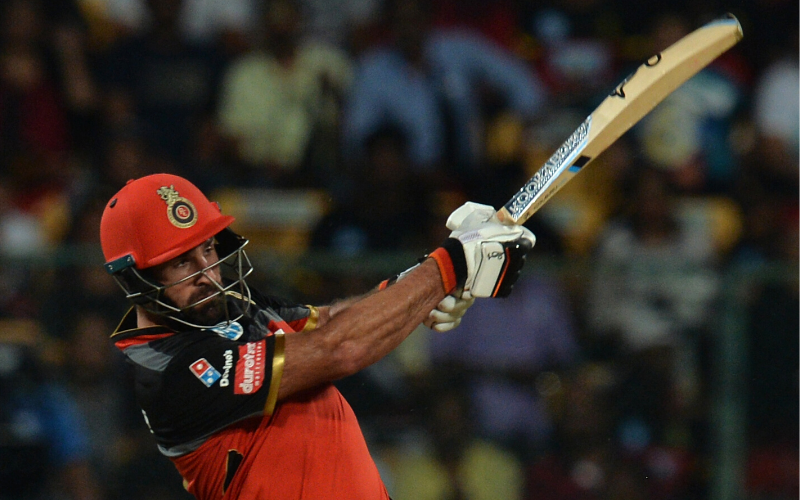 The New Zealand bruiser has taken his credentials as a white-ball destroyer up several notches during the 2019-20 season. Promoted to No.4, ahead of the more established and proven Ross Taylor, de Grandhomme responded with 103 runs in three matches to finish as New Zealand’s top scorer during the three-match series on their tour of Sri Lanka in September.

He followed it up with 115 runs in the five-match home series against England, ending up one short of becoming his team’s second-highest scorer for the series. Traditionally viewed as more of a slog overs belter, this consistency from de Grandhomme has uncovered a new layer to his game.

That is in addition to the strides he has taken as a medium-pacer. As he demonstrated in that unforgettable World Cup final in July, de Grandhomme can contain batsmen through shrewd changes of pace and relentlessly straight and accurate lines. A big-hitter who can also keep the batsmen quiet? Oh, yeah!

In the face of his red-ball exploits, which have catapulted him to the top of the world’s Test bowling rankings, it has arguably been forgotten what a significant white-ball force Cummins has become. 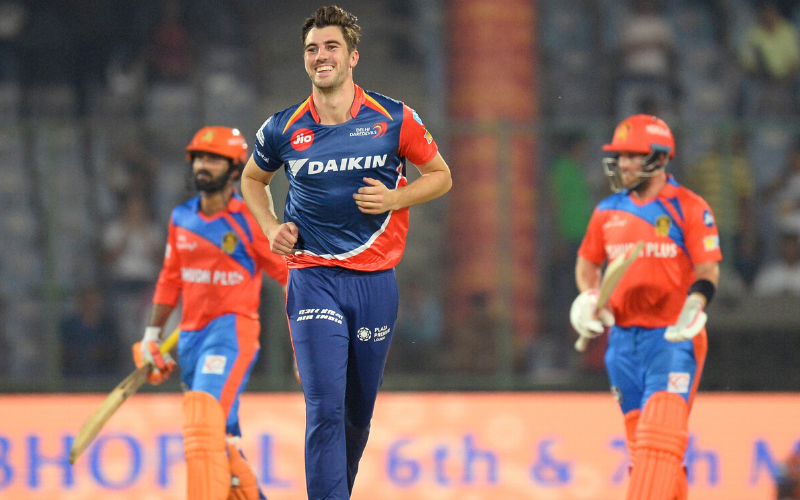 Cummins hasn’t played in the IPL after 2017, but could garner auction interest with his recent form

As validation for that claim, Cummins is yet to play a T20I in Australia’s home summer in which he hasn’t gone for under 30 runs. Of all of Australia’s bowlers this year, nobody has picked up more wickets in T20Is than Cummins’ nine, while his economy rate of 6.61 is the best among fast bowlers to have sent down more than ten overs.

Combine all that with a career T20I economy rate of 6.77, and you have a world-beater. In a league where overseas stars invariably paint the picture of a big, muscular, tattooed heaver, Cummins is undoubtedly an exception to that norm.

Already a subject of much interest to franchises ahead of last year’s auction, Yashasvi Jaiswal has upped his irresistible quotient with a much-improved six-hitting game. Those gains came to the fore in full force when he became the youngest List A double-centurion, at 17 years and 292 days, during the 2019-20 Vijay Hazare Trophy, India’s domestic 50-over competition. Jaiswal unleashed 12 sixes in his 154-ball knock to flatten Jharkhand, as Mumbai blitzed 358/3 in 50 overs.

That performance was no outlier, as Jaiswal finished among the top five run-scorers in the tournament, despite playing at least five matches fewer than the others on the list. He wound up with 564 runs in six innings, at an average of 112.80 and a strike-rate of 104.05, and his 25 sixes in the tournament were bettered by only Kerala’s Vishnu Vinod, who struck 29 of them, albeit in two more outings. 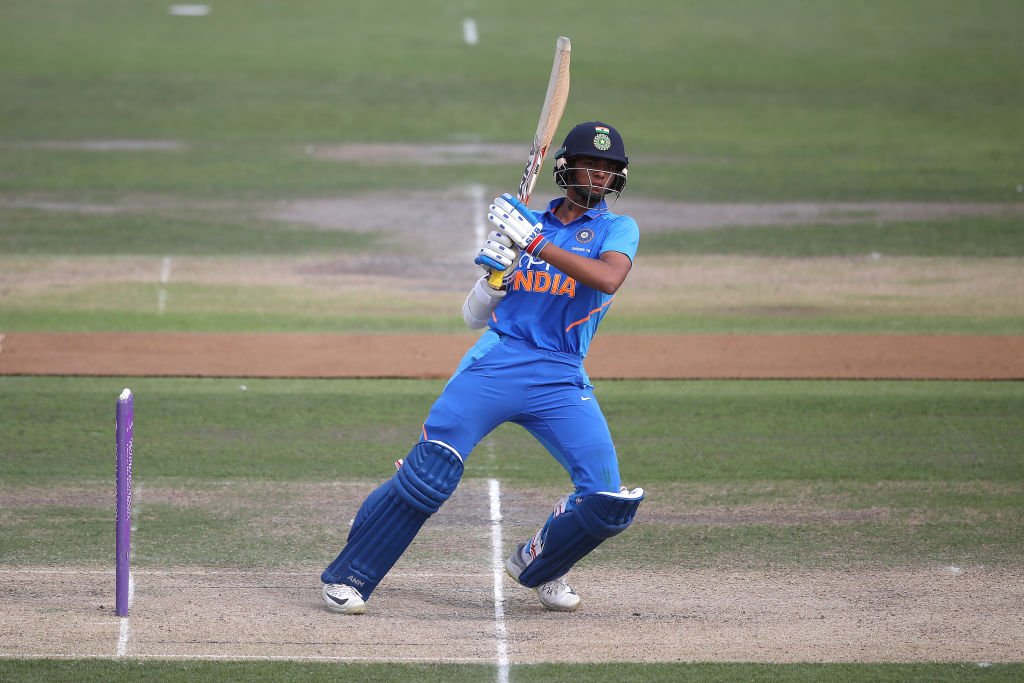 Just 17, Jaiswal has been creating headlines with his stunning run in the India U19 side

Jaiswal has since carried his blazing form to the India Under-19 side, whom he is set to represent at next year’s World Cup in South Africa. Jaiswal has already begun tuning up for the tournament, with knocks of 108* and 38* in two one-dayers against Afghanistan Under-19. With a world of potential waiting to be uncorked, expect temperatures in the hall to soar when the teenager’s name comes up at the block.

The Tamil Nadu left-arm spinner impressed all observers with his performance in the 2019-20 Syed Mushtaq Ali Trophy, the domestic 20-over competition, where his 20 wickets hauled him to the top of the wicket charts and his side to the final. Sai Kishore’s scalps came at 10.40 a piece, and his economy rate of 4.63 was unmatched.

Standing at six feet and three inches (1.91 metres), Sai Kishore’s deliveries land from an awkward height for a spinner, and his lengths make it difficult for batsmen to put him away. In addition to these numbers, his reputation as a Powerplay specialist, which he established while playing for Chepauk Super Gillies in the Tamil Nadu Premier League, should make him a much sought after commodity for teams looking to gain an early stranglehold over the opposition while bowling.

This year, he came within eight runs of becoming Baroda’s top scorer in the Syed Mushtaq Ali Trophy, with 356 runs at 39.55 and a strike-rate of 133.33. He has replicated those performances against the red ball, in the opening round of the Ranji Trophy, where he carried his bat in the first innings of Baroda’s 309-run defeat to Mumbai, making 160.