Our panel of Wisden writers looked back at the year gone by to pick the top ODI bowling spells of 2019.

In a resurgent year for one-day cricket, perhaps the greatest testament to the shift towards better balance between bat and ball lay in the disproving of the pre-tournament prediction of a run-filled World Cup. While there were some fantastic knocks, doubtless, the World Cup was equally memorable for the low-scoring thrillers it produced, none more so than the final at Lord’s.

The top 10 wicket-takers in the year came from six countries. There were several brilliant spells that turned games around. Below, we list Wisden’s picks for the best ODI spells of 2019, ranked from No.5 to 2. 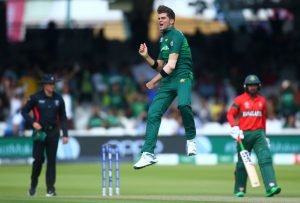 Although Pakistan’s win against Bangladesh did nothing to help them secure a knockouts berth, it ensured they ended their World Cup campaign on a high, thanks to the brilliance of their 19-year-old sensation Shaheen Afridi.

After having posted 315, Pakistan skittled out Bangladesh for just 221 to record a 94-run win. And they had Afridi to thank for, as he registered figures of 6-35, the best ever for Pakistan in a World Cup game, breaking the record of his namesake.

Afridi’s slower balls were even more lethal than the ones he delivered with raw pace. They claimed Tamim Iqbal and Liton Das. Captain Shakib Al Hasan persisted, but was done in by extra pace, while Saifuddin perished for a duck. A searing yorker to Mahmudullah made Afridi the youngest bowler to claim a five-wicket haul in World Cups. He then added one more to the tally, when he castled Mustafizur Rahman with pinpoint accuracy, to close out the Bangladesh innings and seal the win. 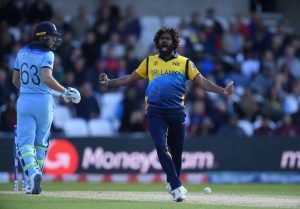 Sri Lanka’s old warhorse turned the clock back to pull off arguably the upset of the year. Sri Lanka – a team that had been written off even before the tournament began – beat a powerhouse England side, the pre-tournament favourites and eventual champions, with a bowling performance for the ages. With just 232 to defend, an England win was taken for granted.

In a truly vintage display of skill and menace, Malinga conjured up a spell of such brilliance that England were shell-shocked by the end of it. When he had Jonny Bairstow trapped lbw on the second ball of the chase, it set the tone for. atruly memorable performance. James Vince fell when he edged one to slip six overs later. England skipper Joe Root was strangled down the leg side, and a fast, flatter delivery brought about Jos Buttler’s end, to leave the hosts stuttering on 144-5.

Inspired by Malinga, Sri Lanka turned up the aggression and never released the choke on England, with Dhananjaya de Silva and Isuru Udana joining in on the fun. But at the end of it, Malinga stood head and shoulders above the rest, as England’s promising campaign was left hanging by a thread. 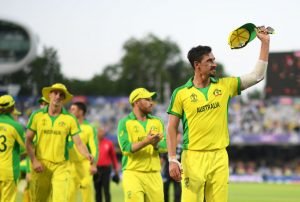 Riding on the wave of newfound success in the lead up to the tournament, Australia marched on to six wins in seven matches, before destroying their Trans-Tasman rivals, with an emphatic 86-run victory. And it was Mitchell Starc’s record third five-wicket haul that headlined the day, as he beat his own tally from the 2015 World Cup at home. While it was Jason Behrendorff who began the process of dismantling the Black Caps, it was Starc, with his key wickets at regular intervals, who did not let them recover.

His fantastic cutter saw the end of New Zealand captain Kane Williamson, who edged it to the keeper. Tom Latham was caught at midwicket, where Steve Smith took a spectacular catch. It wouldn’t take long for the tail to be cleaned up either, as Ish Sodhi was trapped lbw, Lockie Ferguson was clean bowled, and Mitchell Santner was done in searing pace. 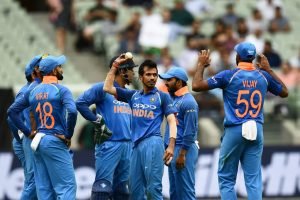 Chahal equalled the best bowling figures in an ODI in Australia

With the T20I series drawn, the Test series won, and the ODI series levelled at 1-1, India were in the middle of an unprecedented streak of dominance in Australia. That would continue at the MCG, where legspinner Yuzvendra Chahal equalled the best bowling figures in an ODI in Australia.

It was Chahal’s first match of the series, with Kuldeep Yadav rested for the game, and he made the most out of the opportunity. Bhuvneshwar Kumar had already dented Australia’s start by accounting for the openers, but it wasn’t until Chahal was introduced into the attack that they began to unravel.

Chahal fetched three wickets each in his two spells, beginning with Shaun Marsh, who was outfoxed with a leg break down leg. Khawaja was snuffed out three balls later, having gifted a leading edge back to the bowler. And Marcus Stoinis departed to a big turner, the best ball of the lot.

Chahal then returned in the slog overs to remove Peter Handscomb, the only half-centurion in Australia’s innings, and cleaned up the tail by dismissing Jhye Richardson and Adam Zampa.