Carlos Brathwaite’s late assault on New Zealand bowlers in the World Cup 2019 fixture in Manchester reminded everyone of his heroic blitz on that April eve at the Eden Gardens. He fell agonisingly short of snatching an improbable win, but the name and deed remained worth remembering, yet again.

It took a staggering three years for Carlos Brathwaite to remind the cricketing world of his capabilities as a power-hitter. When he did so in a must win game against New Zealand in Manchester, that aspect by no means could overshadow his abilities to absorb pressure and read the game at crunch moments – something he demonstrated throughout his 82-ball stay.

When Chris Gayle kept on smashing Mitchell Santner into the stands at monotonous ease, it seemed to be the big Jamaican’s night in Manchester, with West Indies looking well on course for the 292-run target. For Jason Holder’s men though, the euphoria wasn’t to last long as two quick wickets got New Zealand back into the contest.

In walked Brathwaite, with his side still 150 runs away from the target. He soon saw the back of Gayle, Ashley Nurse and the injured Evin Lewis, that completed a remarkable collapse which saw West Indies stumble from 142-2 to 164-7 by the end of the 27th over.

For the all-rounder, the previous two World Cup outings were a struggle, as was his ODI career as a lower middle-order batsman till that point, with just one fifty from 31 previous innings. The first half of the game was dreadful too, with two scalps on the final two balls of the innings being a mere consolation after he was taken to the cleaners in his six-over spell.

To make a mark, he had to deliver the goods against a team that occupied the top-spot in the round-robin standings at that point. A nervous start: a thick outside edge that landed inches short of Ross Taylor at first slip, ricocheting off his bucket hands towards the boundary behind the keeper. A confident drive through the extra cover off Ferguson and a clean hoick through the line against Santner followed soon. He was away. 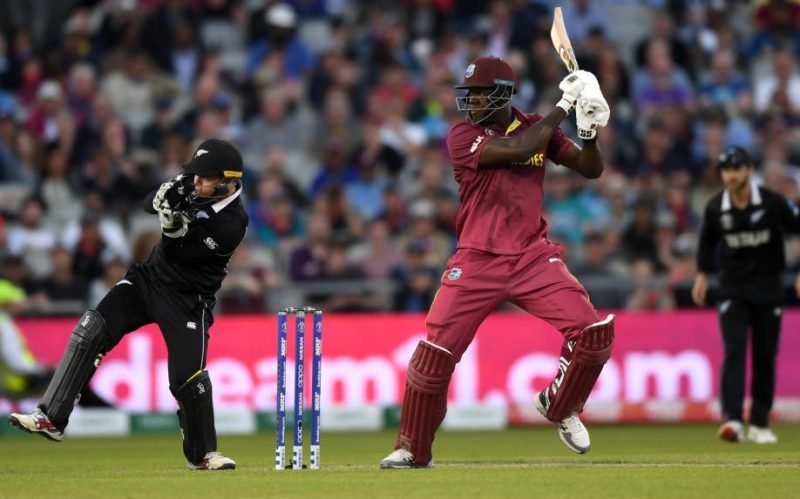 Two lower-order partnerships with Kemar Roach and Sheldon Cottrell of 47 and 34 respectively revived hopes, but when the latter fell with Windies still needing 47 off the last five overs, the ask looked virtually impossible. It was at this point when the real carnage was unleashed. He kept smacking the balls one after the other, opting to keep the No.11 Oshane Thomas away from the strike.

Even two of New Zealand’s premier men, Trent Boult and Lockie Ferguson, the latter of whom had already bagged three scalps on the day weren’t spared. Windies needed 33 from three overs and the Barbados giant made a mockery of it, smacking three sixes and a four to reduce the equation to eight off the final two.

The finish to the #WIvNZ game was edge-of-the-seat stuff, evoking a wide range of emotions in the audience.#MenInMaroon #BackTheBlackcaps pic.twitter.com/SF9yHbzIxD

Three dots from James Neesham followed, but a brace thereafter completed one of the finest hundreds in World Cup history. Windies were now a hit away. Two balls later, Brathwaite smacked a short of length ball high into the night sky towards wide mid-on and for a moment, it seamed that the game had been sealed. However, in a terrible anti-climax for the all-rounder, Trent Boult stood still, maintained his composure and balance to complete a decisive breath-taking catch right at the edge of the ropes and sealed a five-run win for the Blackcaps.

Ian Bishop, whose immortal phrase had defined Brathwaite’s most glorious moment of his international career three years ago, summed up the agony of this occasion, quipping, “The dream is diminished for Carlos Brathwaite.” And indeed it all ended in a dramatic fashion for Jason Holder’s men, who were knocked out of the semi-final contention after the heart-breaking loss.

Cricket once again showed how the ‘barest of margins’ can impact the greatest of results. Incidentally, this was New Zealand’s last win in the round-robin stage of the tournament which ensured that they just about qualified for the semi-finals by virtue of a superior net run-rate to Pakistan. Had Brathwaite timed the hoick well enough, would we have witnessed the final for the ages? 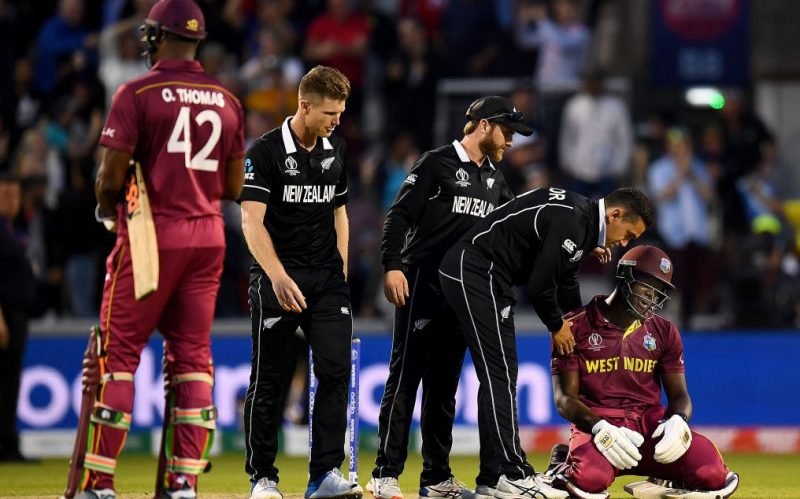 With the required rate having crept in two-digits, Brathwaite had entered his favourite territory, that of unleashing long muscular strokes into the stands. He had already smoked Neesham and Henry down the ground for two maximums, before a one-handed slice right onto the third-man fence summed up the power. Henry went wide outside off, Brathwaite went after it with aggression and just half-a-good contact was enough to make it hit the ropes on the full. The bowler could only afford a smile, but that too would’ve been lost after the next two deliveries were nonchalantly dismissed for a six and a four.