Test cricket took a backseat for a good chunk of 2019, as the white ball dominated in a World Cup year. But the 40 Test matches that fell within our qualification period (from December 3, 2018 to December 3, 2019) still threw up some historic events, including India’s first series win in Australia, Afghanistan’s maiden victory (swiftly followed by another in Bangladesh), Sri Lanka’s triumph in South Africa (the first ever by an Asian side) and the first drawn Ashes series for 31 years.

We also witnessed arguably the two greatest innings in the format’s history, with Kusal Perera and Ben Stokes pulling off the unthinkable at Durban and Headingley respectively.

It led to some intriguing results when our panel of writers and broadcasters from across the world cast their votes. There are only two survivors from our team of 2018; four of our XI come from an Indian side which won four consecutive series in our qualification period; four from an Australian side which won just two of their five; two Kiwis (but no Kane Williamson); and a solitary Englishman (you can probably guess who that is) compared to three last year. Three of our XI were chosen by every member of our 31-strong panel.

81 per cent of the panel voted for him 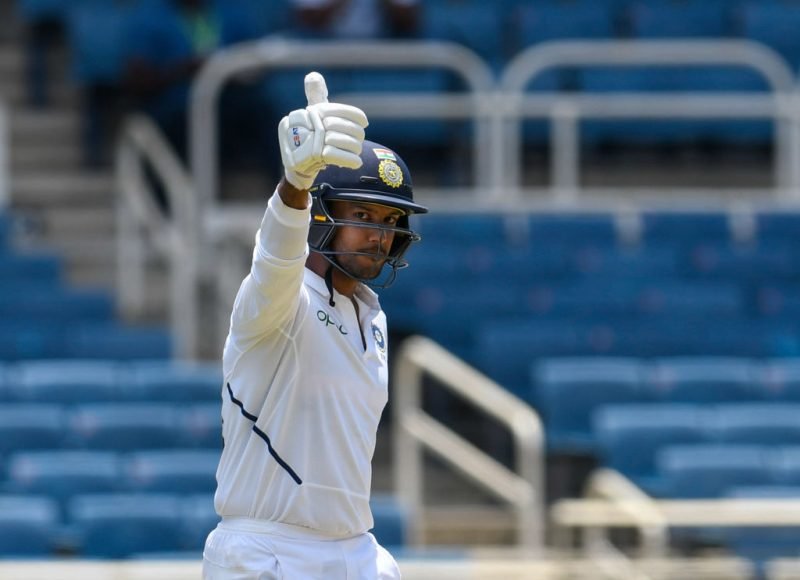 Only Tom Latham scored more runs than Agarwal in the qualification period, a statistic all the more impressive when you consider he only made his Test debut in the 2018 Boxing Day Test in Melbourne. Since starting brightly against a formidable Australian attack, Agarwal has been utterly dominant at home, recording double centuries against both South Africa and Bangladesh.

65 per cent of the panel voted for him

Latham took time to settle at Test level but he has handsomely repaid New Zealand’s faith in him over the last 12 months, becoming their most reliable opener since John Wright hung up his boots in the early 90s. The diminutive left-hander ended a run of one century in 34 knocks when he spent 694 minutes at the crease (the third-longest Test innings by a Kiwi) against Sri Lanka at Wellington in December 2018, eventually finishing on a career-best 264*. It marked the start of a golden run of form in which Latham has scored five centuries in his last 11 innings at the time of writing, four of those passing the 150-mark. No Test opener has scored more runs since the start of 2018.

35 per cent of the panel voted for him

Initially selected as a bits-and-pieces all-rounder for Australia’s tour of UAE in October 2018, Labuschagne has blossomed into a high-class No.3, with the temperament and technique to suggest his recent form – no player had scored more Test runs in 2019 at the time of writing – is more than just a purple patch.

Australia coach Justin Langer revealed that Labuschagne and Steve Smith have become inseparable and Smith’s genius (as well as those bizarre mannerisms) appears to be rubbing off.

Ironically, it was the sickening blow that Smith suffered at Lord’s which gave Labuschagne his chance, entering the game as the first concussion sub in Test cricket. Knocked to the floor second ball by another Jofra Archer missile, Labuschagne bounced back up, battled to a half-century and hasn’t stopped scoring runs since. 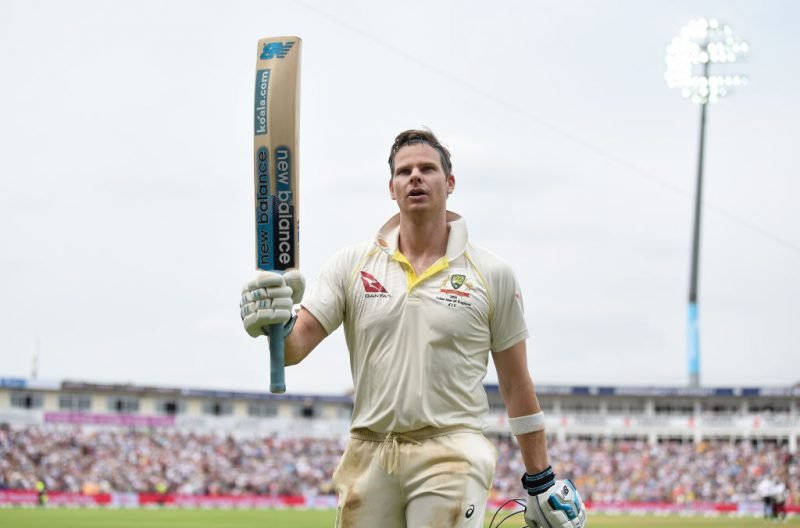 Smith’s inclusion in last year’s XI, eight months after he had been banned for his role in the Cape Town ball-tampering saga, wasn’t well received by a number of our readers. We suspect we’ll have fewer complaints this time around.

He was untouchable on his return to Test cricket, scoring 774 runs at 110.57 in the Ashes, and would have had Bradman’s all-time record of 974 in his sights were it not for missing the Headingley Test with concussion.

81 per cent of the panel voted for him

Having been the only unanimous pick last year, Kohli was sensationally overlooked by six of our panel this time around.

A less busy schedule could be a factor, and some relatively easy (though typically vast) runs against Bangladesh and a down-at-heel South Africa at home. But this was the year that Kohli, the leader, took his team across the final frontier of a Test series victory in Australia. He looks set to end the year as captain of the No.1 ranked team, and the No.1 ranked Test batsman. We think he’ll cope without those six votes. 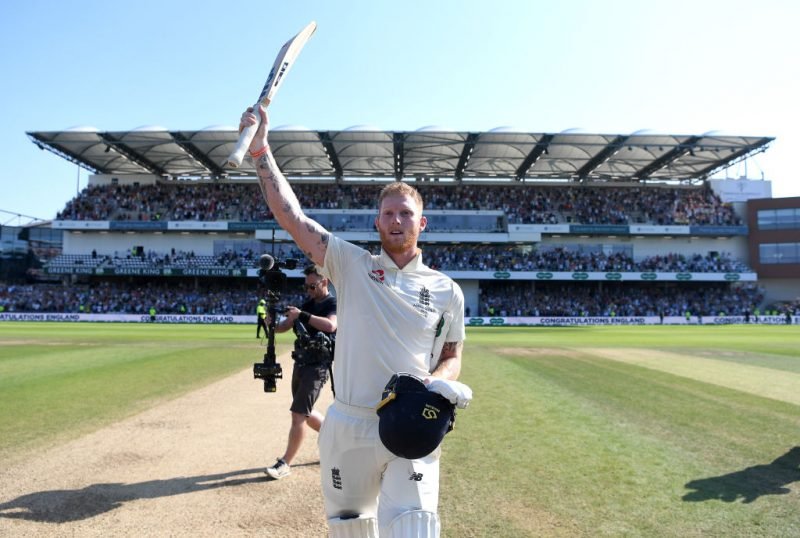 The year it clicked. Two Ashes hundreds, a few never-say-die spells (often when the rest have given up), another catch (Smith, at The Oval) to add to the gallery, and the recognition of a public that was waiting for him after all. One of only three unanimous picks in our list.

77 per cent of the panel voted for him

Although Quinton de Kock scored marginally more runs than Watling in the qualification period, the New Zealand wicketkeeper has been a key figure in his country’s rise to the number two spot in the ICC Test rankings. His highlight of the year was his double-century against England in the innings victory at Mount Maunganui Test.

By some distance the leading wicket-taker in Test cricket in the qualification period, Cummins was one of the three unanimous selections in the Wisden Cricket Monthly Test team of the year. Since recovering from the injury troubles that plagued his career for so long, Cummins is now indisputably in the premier tier of international cricket’s fast bowlers.

31 per cent of the panel voted for him

It’s not been a vintage 12 months for Test spinners, with the brilliance of India’s seamers reducing the workload of their slow bowlers, and Nathan Lyon, the world’s best finger-spinner, dipping in and out of form. Afghanistan’s Rashid Khan produced the spin-bowling performance of the year, taking 11 wickets in a famous win over Bangladesh, but had only three matches to push his case.

Lyon, the only spinner to take more than 26 wickets in our voting period, took it by a nose, three votes ahead of Ravindra Jadeja, who made our XI last year.

71 per cent of the panel voted for him

The bearded, brooding quick with the chequered private life has bustled into the top 10 of the Test bowling charts after a string of in-your-face spells. With 47 wickets from 11 matches at under 20 – including 16 on Aussie soil – he has emerged as India’s grunting wrecking ball. After years of doing the dirty work, he’s now become, in cahoots with Jasprit Bumrah, one half of a fearsome partnership, Kohli’s chosen enforcers. Bumrah may have the higher profile, but Shami has more votes from our panel.

58 per cent of the panel voted for him

He’s been a Test cricketer for less than two years but Bumrah has already claimed five five-fors in 12 Tests, with 34 wickets bagged in the six matches he’s played in our voting period. Already the No.1 ranked ODI bowler in the world, he is vying with Cummins and Rabada for the title of the most complete quick in the game. He is certainly the most eye-catching – his chest-on action, propelled by those ramrod-straight, hyperextending arms creating a slingshot effect – is one of the great sights in cricket today.

The 2018 Wisden Cricket Monthly Test team of the year