Ben Gardner picks out 10 non-World Cup innings from 2019 that deserve not to be forgotten.

It’s perhaps to be expected that Wisden’s ODI year in review lists are all filled with performances from a six-week period in England’s early summer.

The World Cup, won in unforgettable fashion by England, dominates and the non-World Cup bilateral series are shunted to the side, with some deeming those played before the global event as little more than glorified warm-ups.

And yet, there was plenty of exciting 50-over action to be had outside of that 10-team tournament in England and Wales, with records smashed, thrillers contested, and players discovered. Here are the 10 best non-World Cup ODI innings of 2019.

John Campbell and Shai Hope have smashed the world record for the highest ODI stand, falling just eight runs shy of breaking the record for any wicket. ?

The biggest knock of the year, and if the opposition and the minimal context mean it wasn’t the best, the records broken – the 365-run stand between John Campbell and Shai Hope is the biggest opening stand in ODI history, and only two West Indians have scored more in a single ODI innings – meant it earns a place on this list, even if it wasn’t quite enough to book Campbell a berth in West Indies’ World Cup squad, and also wasn’t technically in a bilateral series. 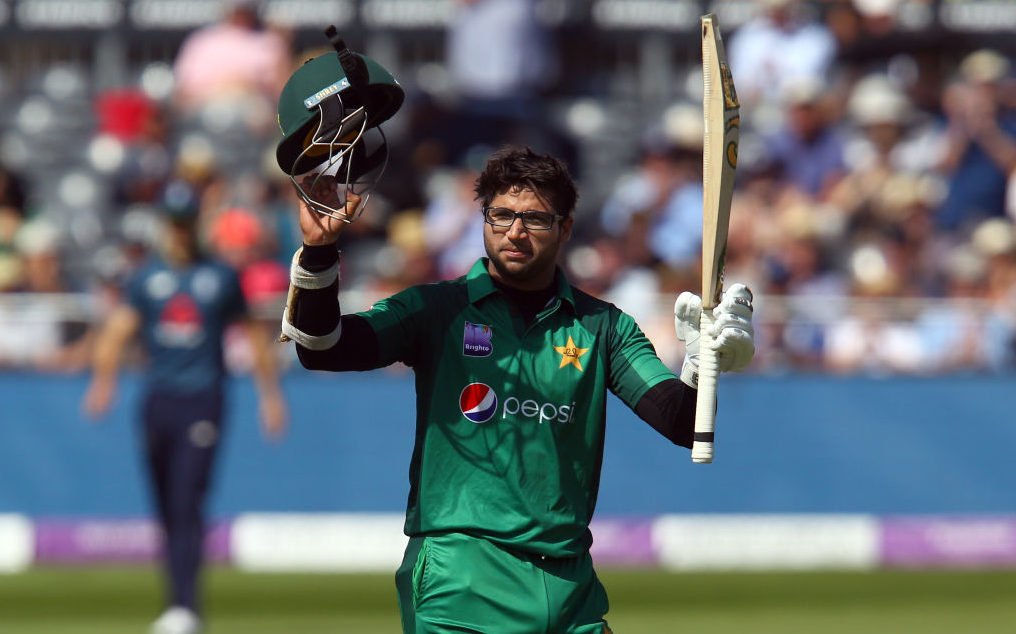 From 27-2 and 95-3, Imam-ul-Haq’s 151 helped Pakistan make 358-9 against the future world champions. A run-a-ball to his hundred and then significantly quicker after, this was a knock to show Imam could be the modern opener Pakistan needed. This being England, the runs were knocked off comfortably, but the lasting impression was that Pakistan had found one.

Who else but Babar Azam? In Pakistan’s first home ODI for over a decade, of course it was the nation’s new favourite son who made the occasion one to savour. The innings itself was a masterful knock from a player already established as a master of the format. That he delivered a trademark performance on his first go on home soil, with the incumbent pressure of an expectant, delirious crowd, only made it all the more special. 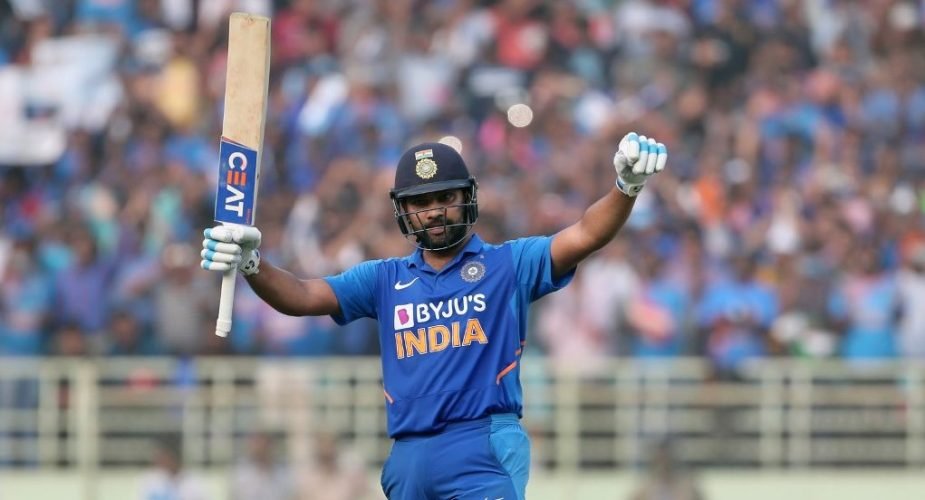 Every year since 2013, the highest score for that particular 12-month period has been made by a certain Rohit Sharma. And if his 2019 best was a minor monster for a man with three doubles, it was still typically brilliant. As ever, he took his time before exploding, but just as comforting as that familiar sight was that of KL Rahul learning in his wake. The pair added 227 before the latter fell for 102. Perhaps Rohit’s work will finally be done when one of those aspiring to be him ends top of the tree come the end of a December.

On a pitch no one else truly got to grips with, including Rohit Sharma and Virat Kohli, Shimron Hetmyer stood tall above the rest. While Hope played the anchor role, Hetmyer shimmered and sparkled, stroking seven sixes in all. The margin makes it look like a cruise, but without his buoyancy, West Indies would have been sunk. 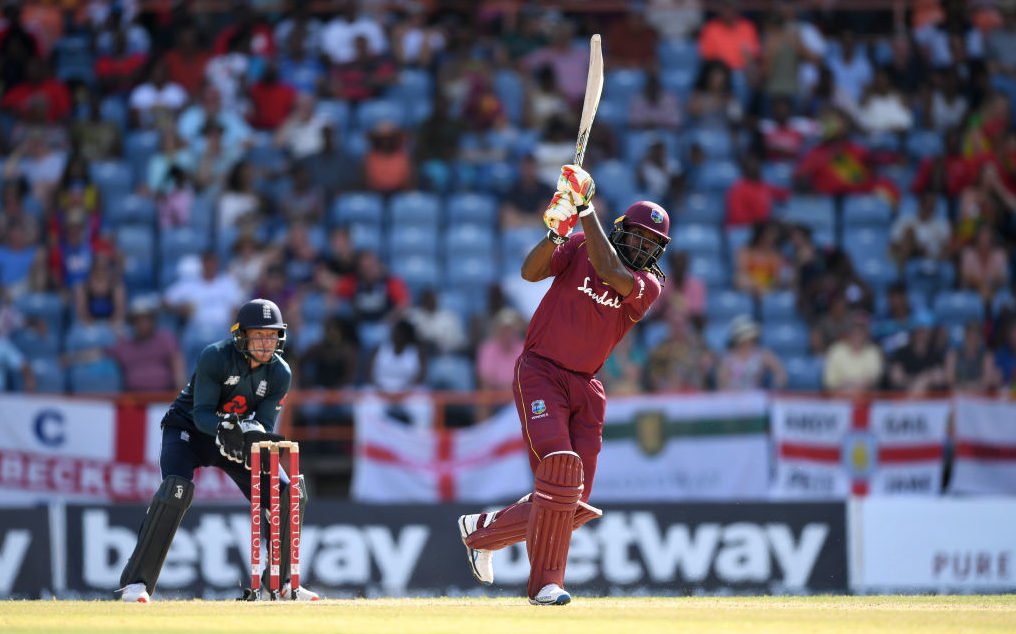 Before West Indies’ ODI series against England, Chris Gayle confirmed that we were seeing the last of the Universe Boss on the big stage, with his retirement set for after the World Cup. It wasn’t all that surprising, with the Jamaican’s powers seemingly on the wane and upstarts clambering for his place. The sense lingered that he was jumping before being pushed. Then, chasing 419 in the fourth ODI, Gayle rediscovered his form, smashing 14 sixes in his 162 as the hosts almost pulled off the impossible. Soon after he hinted at his “un-retirement”, and he might yet feature in our 2020 year-end lists.

The high point of an odd sort of year for Jos Buttler, with England’s white-ball genius reduced to a supporting role in their World Cup campaign. There were plenty of demonstrations of his ODI brilliance before it, but this was something else, 150 off 77 balls, having come in with just under half the innings to play. Universe Boss was no match for Universe Jos. 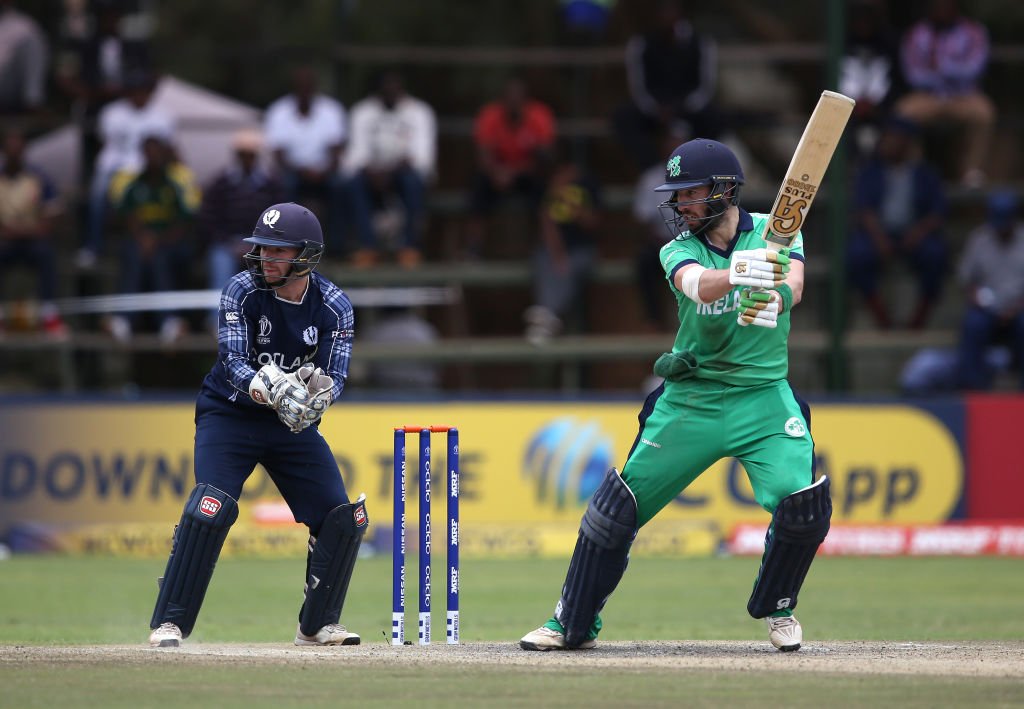 Ireland didn’t make the World Cup, and Afghanistan did, the 10-team format supposed to maintain competitiveness. But Andrew Balbirnie showed there was no sizeable gap between the best and the rest with his unbeaten 145*, which levelled a series Ireland would go onto draw. In a low-scoring series in unfamiliar conditions, the tourists were struggling at 29-3 and 73-4 in pursuit of 258, but Balbirnie held firm, sweeping Rashid Khan to distraction to secure a memorable victory.

In its own way, Thisara Perera’s innings set the tone for 2019, when the spectacular lone-hand effort became commonplace. Chasing 320, Sri Lanka looked gone as the slid to 128-7, only for Thisara to blitz 13 sixes in an incredible 74-ball assault. With plenty of dropped catches helping his cause, he took his side within 22 runs of a victory that might have topped anything we would later see before holing out. That it was the all-rounder’s maiden international hundred, after more than a decade on the scene, only made it all the more sensational.

What a finish from @Ashtonturner_70 in Mohali!

In just his second ODI, he has hit 84* from 43 balls to give Australia their highest ever successful ODI chase, overturning India’s 359/8 with 13 balls remaining!

A true bolt from the blue innings – Ashton Turner, playing just his second ODI, wouldn’t have made it onto the park were it not for a thumb to Marcus Stoinis. An unbeaten 84 off 43 which gunned down his country’s highest ever chase, and at a canter too, somehow wasn’t enough to book him a World Cup spot, but does at least put him in top spot for the best non-World Cup innings of 2019.