The Wisden India team, comprising Editor-at-large Karunya Keshav, Editor Manoj Narayan, and staff writers Akshay Gopalakrishnan and Aadya Sharma, gathered – virtually, of course – to come up with a Test and ODI XI for India as part of Wisden’s 2000s in Review series.

Rather optimistically, it was expected that the whole exercise would be wrapped up in a half-hour, assuming the team, comprising most of India’s golden generation, picked itself. Over two hours later, they were still at it. Ultimately, aided by a couple of begrudging compromises, they arrived at two XIs.

In the Test XI, there wasn’t much of a contention as far as the batting order went. It was only till the issue of the bowlers came up – the pacers, in particular – that some tempers flared. The captaincy, too, was a cause for debate, with a left-field choice causing much consternation. 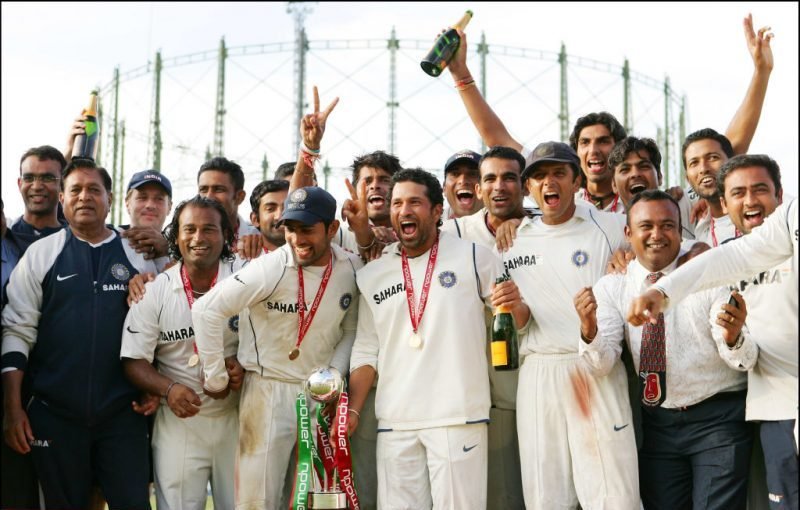 AG: Sehwag is the first name in most Test XIs. His rate of scoring pretty much set the tone for the rest of the match and eased a world of pressure on the rest. Kohli would have probably been very thrilled to have Sehwag as an opener in his team. I mean, his strike-rate is a super effective way of winning Tests.

MN: Sehwag for redefining opening in Tests, and Gambhir for offering pretty good support throughout. I didn’t even consider anyone else. Did any of you?

AS: [Wasim] Jaffer was the only other decent candidate, but I’d say he was inconsistent with his returns.

KK: And not a long enough career in the decade, unfortunately.

KK: It’s funny how the decade began with Waugh sledging him for coming in at No.6 in Kolkata, hinting that he might soon be out of the side. But by the time Dravid was done, he had become such a fulcrum of the side, also enjoying a strong stint as captain, and made such a strong case to challenge Tendulkar as the best batsman in the side, and perhaps the world.

MN: Not even going to debate this. He was the best batsman in the side for a decade already, and it’s incredible that he had a second and third peak in him, with his best career phase coming towards the end of the decade – it showed that apart from being a master batsman and prodigious talent, he had the mental strength to bounce back from a potential career-ending [tennis elbow] injury. He was, simply, India’s golden boy.

AG: Post-comeback, Dada had his best career phase. I’m talking that time when he made that double hundred in Bangalore, and a 91 to follow it up [against Pakistan]. There were also super knocks of 80-odd against South Africa, including in the second innings of that Test that India lost by an innings after Steyn shot them out for 76 on the first morning in Ahmedabad. I thought the fluency he showed in 2007/08 was something else. He just had one bad series in Sri Lanka, and I still believe he was made the scapegoat for it. I mean, who didn’t look like a bunny against Mendis and Murali!? Sehwag in Galle excepted, of course.

AS: Another obvious candidate. He set the tone for the decade with that knock in Kolkata – the 281 against Australia. He was nightmare for Australia, in fact, especially in Australia, with those crucial tons in 2003/04 in Adelaide and Sydney. That’s saying something, given they were best team of the decade. In the second half of the decade, he established himself as a lower-order saviour, and made batting with the tail look sexy. Just had to pick him.

KK: Any other wicketkeeper candidates? Nobody really pushed Dhoni out.

MN: Not for me. Dinesh Karthik, at a stretch? Dhoni stunted a lot of other ‘keepers’ careers.

AG: DK was quite solid until he was edged out. But that’s the thing, Dhoni simply was the better man. Don’t think anybody else is worth considering.

AS: Considered not having Pathan, but he was quite impactful at his peak, and brought freshness in the bowling. He has almost as many five-fors as Zak in less than half the matches.

MN: Think we need an all-rounder, and Irfan was the best in that category. He could open the bowling, and that fact that he was tried out as a batting opener as well speaks of his quality as an all-rounder. He averages, with the ball, better than Sreesanth too.

MN: Well, another obvious candidate. India’s best spinner of all time, the third-highest Test wicket-taker ever … the figures speak for themselves. What it doesn’t tell us is he was a man integrity. That day he bowled with a broken jaw is one of the most legendary moments in Indian cricket, and for all his wickets, it’s that quiet, cocksure, don’t-mess-with-me presence that India perhaps still misses. The way he steered India through that ill-tempered tour of Australia in 2008 with grace and dignity, it remains one of the most underrated moments of captaincy.

AS: He was superb support for Kumble throughout the decade, ever since he emerged in that 2001 series as a match-winner on Indian pitches. He took over 200 wickets on home soil in the 2000s, but it’s also true that he was a more-than-handy option abroad, picking up five-fors in England, New Zealand and Sri Lanka. There were, in all, three years in that decade when he ended with over 60 wickets, and the sight of him bowling in tandem with Kumble was thrilling. His adventurous cameos with the bat also helped India out on the odd occasion.

AG: A shoo-in. He was statistically India’s most successful fast bowler in the decade, but even from a skills point of view, he was wily as hell, the way he forced batsmen to play the kind of strokes he wanted them to. Also, he’s arguably India’s best fast bowler after Kapil Dev and Javagal Srinath, and what needs to be spoken about more is the fact that he led India’s attack at a time when it wasn’t cool to be an Indian fast bowler. He almost single-handedly carried the burden of India’s fast bowling department, and stood miles ahead of the rest.