Moments after New Zealand pacer Kyle Jamieson picked up the wicket of Virat Kohli on day three of the World Test Championship final, certain Indian fans flocked to his social media handle to direct despicable abuses towards him and his family.

After Jamieson trapped Kohli lbw for 44 in the first innings, a selection of fans on Instagram resorted to abusing him. One comment called him a “f****** drunk player”, while other users directed abhorrent curse words towards his mother and sister. “Your mother’s v***** should be split wide,” “your sister’s v***** should be cut and fed to dogs” were some of the other crude messages left under his Instagram posts. There were also posts containing rape threats.

He was also called a “snake” for taking Kohli’s wicket whilst also suggesting Royal Challengers Bangalore cancel his IPL contract. Both Kohli and Jamieson play for the same IPL team.

There was criticism of the crude responses too. with other fans also apologising to Jamieson for the remarks left behind by their countrymen.

Jamieson claimed a five-for — his fifth five-wicket haul in only eight Test matches. 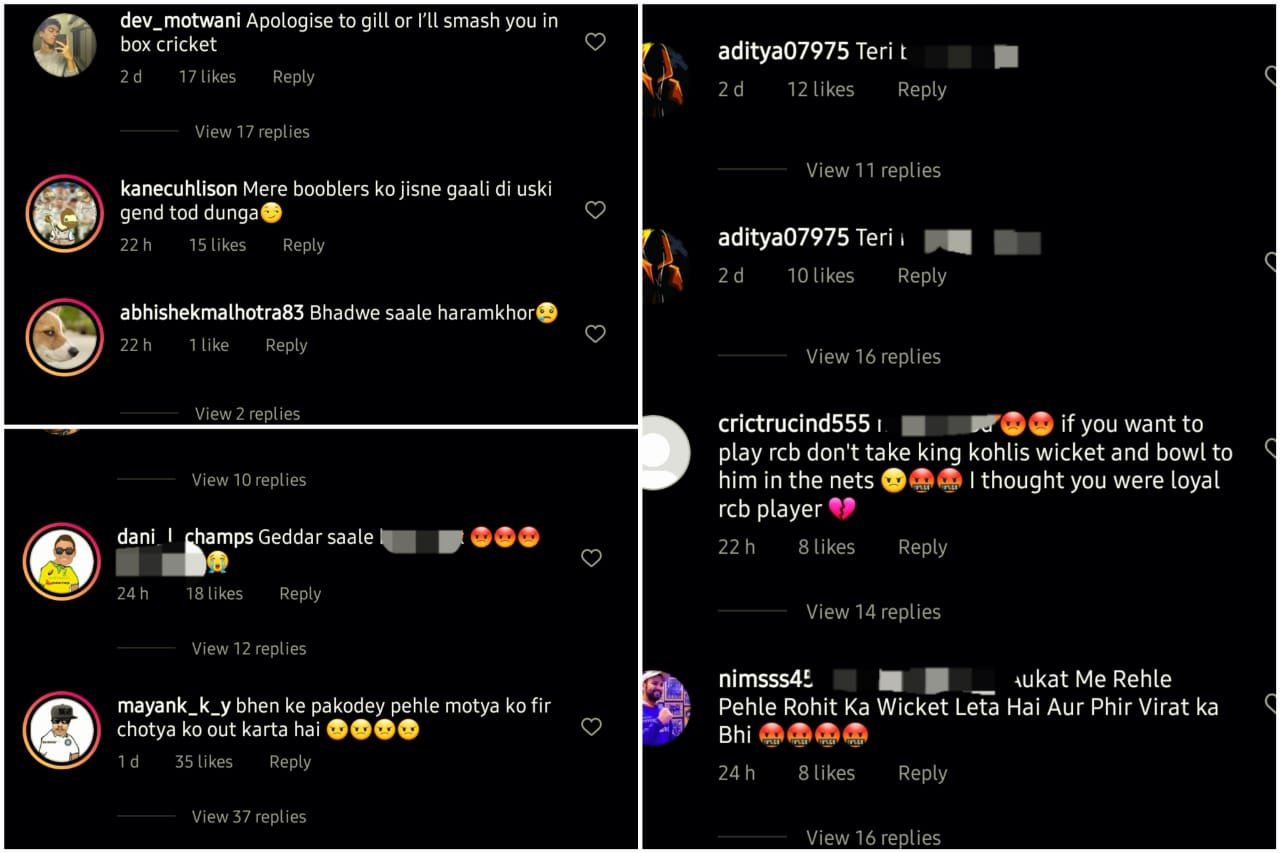